How Do We Combat Rampant Sexual Harassment in the Workplace?

The Vishaka guidelines must be used to their advantage even for sectors where there is no clear recourse available for victims.

Even though 27 years later, government employee Bhanwari Devi is still awaiting justice — having been gang raped by a group of upper-caste men after she tried to stop a child marriage in their family — her case marked a watershed moment in the women’s movement in India.

It galvanised women’s groups, leading to the drafting of the landmark ‘Vishaka’ guidelines on sexual harassment, a modified form of which was enshrined in the 2013 ‘Sexual Harassment of Women at Workplace (Prevention, Prohibition, and Redressal) Act’.

The law has been welcomed by women’s groups as a progressive step. It has been praised for its wide definition that includes all forms of unwanted verbal, visual and physical acts of sexual harassment. It also emphasises the ‘impact’ of the unwanted behaviour on the woman, rather than the ‘intent’ of the alleged perpetrator.

It brings both the formal and informal sectors under its purview and acknowledges both on-site and off-site (office outings or work-related travel) instances of sexual harassment.

In the formal sector, the law mandates the formation of an internal committee (IC) with an independent external expert to handle complaints of sexual harassment. In the informal sector, this task is to be done by local committees (LCs) constituted at the district level.

If a woman in the formal sector distrusts her IC, she can also approach an LC. While the law is widely accepted as a comprehensive, well-articulated piece of legislation, it faces strong implementation challenges.

Also read | Explained: Seven Dead-Ends if You’re a Victim of Sexual Harassment in the Supreme Court

Sexual harassment is not limited to unwanted physical contact. It could include what the perpetrator may view as a ‘compliment’, but which is demeaning to any professional. Here is an example in a corporate setting:

A woman in a mid-level managerial position is on a group factory visit. During this, her manager makes comments on her appearance and clothing in front of her peers and junior colleagues. He says that she looks “hot”, that the “tight skirt looks good on her” and that she would “distract the others in the factory”. The woman feels insulted and humiliated.

Take another case which indicates how harassment can also occur over electronic communication:

A junior employee receives a series of unsolicited ‘compliments’ on email and WhatsApp from a senior colleague. She politely thanks the sender for the first couple of messages but stops responding and feels increasingly uncomfortable as the tone intensifies. She finally sends a message to the colleague asking him to stop. But the messages continue to come in. While she approaches the IC, she is worried that they will dismiss her complaint because she responded to the first few messages.

This example also demonstrates the victim’s fear of being stigmatised, retaliated against (threats, transfers, role downgrades etc.) and accused of being party to the misbehaviour.

As seen above, the balance of power between the woman and the perpetrator plays an important role. Typically, abusers target juniors because they know they will get away with their behaviour. Any remedial process must therefore enable junior team members to confidently pursue justice and allow for concerted action even against senior leadership.

Imagine how difficult it is for this intern to take action and get justice:

An intern in a large company is invited for a farewell party. During the party, everyone has a round of drinks. After dinner, they all move to the dance floor. One of the senior leaders of the company compliments the intern’s work. Her initial excitement soon changes to fear and discomfort as the leader holds her by the waist, pulls her onto the dance floor, and continues touching her inappropriately in the darkness.

While instances of sexual harassment abound, there are also examples of organisations making concrete progress on this agenda.

A leading FMCG company’s five-year strategic plan includes a new consumer-centric strategy that requires ensuring their employee base is representative of their consumer base, which is 50%+ women.

In this case, there is a systemic focus on inclusion, going beyond just compliance. It takes into account the fact that there is sound business logic in making the workplace more women-friendly.

Another concrete step can be the utilisation of existing Employee Assistance Programs (EAPs) in organisations to include ‘helplines’ for anonymously reporting sexual harassment instances. To help victims come forward, it is critical to ensure the credibility and perceived fairness of IC members.

It is also imperative that the members of the IC be sensitised to handle such situations effectively. As organisations set out to make sexual harassment unacceptable, early momentum can also be built through strong, swift action on any complaints that are raised. 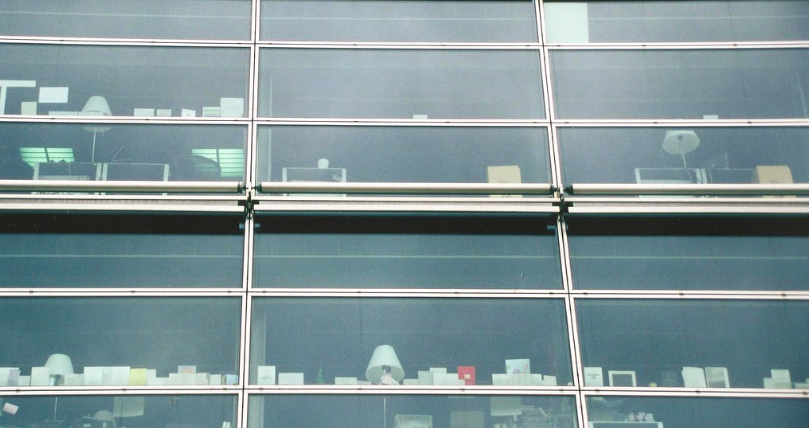 Only 7% of India’s workforce of 500 million is employed in the formal economy. Photo: Flickr/cristian (CC BY-NC-ND 2.0)

Much of the recent awareness on sexual harassment, however, remains restricted to the educated, middle-class and affluent urban Indian, leaving out the vast majority.

As much as 93% of India’s workforce of 500 million is employed in the informal economy, characterised by a caste-based occupational system guarded by strict social hierarchies.

Let us look at some examples of sexual harassment in the informal sector:

1) A seven-year-old street vendor selling vegetables in a busy market is frequently grabbed and fondled by the male street vendors in full public view. She is too afraid to scream or ask for help. Her elder brother, all of nine years old, understands her helplessness and informs their mother.

The mother tells her daughter that such instances will keep happening and she will have to learn to ignore it, be brave and focus on her work.

2) A 33-year old new mother is a helper at a construction site. She and her entire family live and work at the site. A contractor known to her family has brought them from the village to the city.

Her work is hard; she is also nursing her newborn daughter; and cooking, cleaning, and washing for her family. The contractor knows her family has multiple debts. He and the site supervisor frequently whistle and sing songs when she passes by and touch her inappropriately.

She has come to expect and accept this kind of behaviour by powerful men. She does not utter a word to her husband or other family members. Other women do the same.

3) A 47-year-old widow works in a tiny garment unit in a slum, snipping threads off the rims of readymade garments, neatly folding and packaging them. She works 10 hours every day, her work is considered unskilled, her wages are low and irrespective of the work volume she is paid the same amount each month.

Her supervisor, masterji (the fabric cutter, the most powerful man there) offers to increase her salary and reduce her working time, provided she agrees to having sexual intercourse with him whenever he demands. She refuses and faces intimidation.

4) A 65-year-old domestic worker, working in an affluent household, is forced to see pornographic films by one of the younger men in the family. She is scared and embarrassed, but does not know what to say and to whom.

These examples highlight the ubiquitous nature of sexual harassment faced by women of all ages in the informal economy. Often, the perpetrators are known to the victim, and in some cases they are even related through caste/kinship networks.

The interlocking of multiple layers of dependency and power relations intensify a woman’s vulnerability in each of these cases. A lone woman who finds herself in this situation, risks her entire existence and her family’s wellbeing when she raises her voice.

As the burden of proof mainly rests on the woman, it is also difficult to prove that it has taken place. Most often, it is not just one instance but a slow process that builds up over time.

The vast majority of women in the informal sector do not know of the existence of the LC. A testament to this is the fact that LCs, even in large cities like Mumbai, have received very few formal complaints despite the everyday experience of harassment endured by women.

Grassroots collectives of women workers in the informal economy, like the LEARN Mahila Kamgaar Sanghatana in Maharashtra, have played a significant role in acting against sexual harassment. Usually, these community-based collectives are formed and led by women who themselves work in and belong to the same socio-economic milieu as their members.

Often, they far outstretch their primary role of supporting women’s working rights to include a whole gamut of issues that affect women in all aspects of their lives— such as domestic violence, support for childcare and health emergencies.

The most important aspect about such community-based collectives is that, unlike the LCs, the collectives are close to poor woman workers, both geographically and in terms of social distance. It is this proximity and solidarity that is vital to the process, and must be replicated.

Women’s collectives provide a safe space to share experiences of oppression, and collectively find solutions. It is thus important to look at sexual harassment not just as a gender problem, or an individual problem, but as a labour issue. The women leaders of these collectives need training to fully understand sexual harassment and demand effective implementation of the law in the informal sector.

The LCs should work in collaboration with these grassroots organisations to strengthen their outreach. Sensitisation of these communities, as well as the police force, the medical fraternity and the LC itself is also critical.

The formal and informal sectors have much to learn from each other. In both sectors, it is also important that people around the victim are sensitised to support her, gather the courage to speak up, and if required, also stand as their witness.

The IC and LC can be supplemented by anonymous helplines which offer immediate guidance and support to the complainant (victim as well as witness). Grassroots women’s collectives in the informal sector could try to replicate the formal sector’s IC structure.

Conversely, women workers in the formal sector could learn to build solidarity and support systems among themselves, like their counterparts in the informal sector do.

The Act gives us a framework for concerted action against sexual harassment. It is up to us to effectively implement it.

Dr. Indira Gartenberg is a labour researcher and the chairperson of Labour Education and Research Network (LEARN). This commentary is informed by her ethnographic work with LEARN Mahila Kamgaar Sanghatana, which is a grassroots collective of working women in the informal economy of Mumbai, Nashik and Solapur. She can be reached at learn-india@outlook.com and reva18@outlook.com.

Niranjana Harikumar is a senior HR professional who has led talent, culture and diversity initiatives in both consulting and corporate settings. This commentary is informed by her experience across organisations in the formal sector. She can be reached at niranjanaharikumar@gmail.com.