When the state should be improving access to nutrition and employment opportunities for young women, it is concerning itself with marriage. 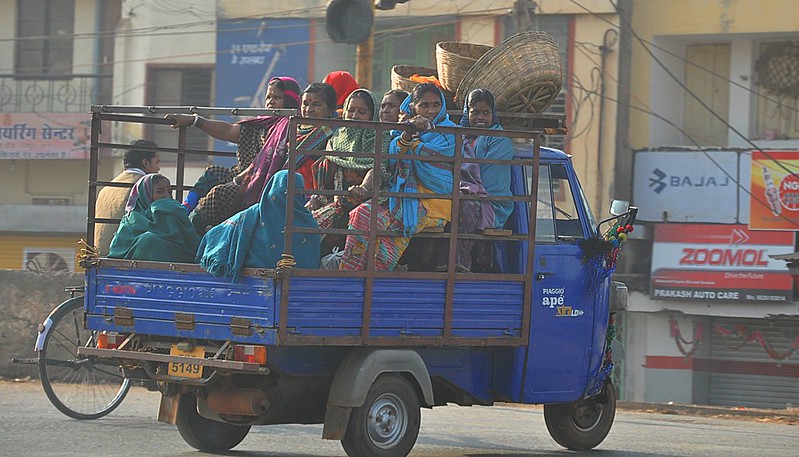 The cabinet has given the green signal to increase the age of marriage for Indian women from 18 to 21 years to reduce maternal mortality and undernutrition.

We have been told that this was done after wide consultations with young people, university students, and NGOs working in this sector, particularly in states with high child marriage rates. But will increasing the age of marriage really address the problem of maternal mortality and undernutrition or is this yet another attempt to infantilise Indian women, especially those women who choose to exercise their agency to select partners who may be of a different caste or a religion?

The most common reason why women die during childbirth in India is due to post-partum haemorrhage, or excessive blood loss during or immediately after childbirth, a condition also more likely to occur in women who are anaemic. Data from the NFHS-4 (2015) indicates that over 50% of Indian women enter pregnancy with anaemia and the country has the highest global burden of anaemia in terms of the absolute numbers of women and children who are anaemic.

Also, the burden of maternal mortality is not borne equally by all states.

Better maternal health is inextricably linked to other development initiatives such as a well-functioning public health infrastructure, low levels of poverty, and food security. Maternal Mortality Ratio in India ranges from a high of 215 deaths in Assam per 100,000 births to a low of 43 per 100,000 births in Kerala, according to the Sample Registration System data for 2016-2018. Among the larger states, Uttar Pradesh, Rajasthan and Madhya Pradesh also have very high levels of maternal mortality.

With regard to undernutrition, the government’s attempts to address the problem of anaemia, one of the several and most common form of undernutrition through iron folic acid supplementation in the last two decades have failed miserably as recent rounds of NFHS data and research have indicated.

Also read: Private Sector Ideas on Nutrition Should Be Taken with a Pinch of ‘Fortified’ Salt

Recent policies with regard to food fortification including that of fortifying rice will be unhelpful as activists in the People’s Health Movement, among others, have argued repeatedly because our bodies absorb nutrients properly only through a wholesome and diverse diet.

Women die during childbirth not just because of early entry into motherhood but also because of poor health as a result of very little access to quality protein, and micronutrients – exacerbated by poverty – and also because of deeply entrenched patriarchal practices that give preferential treatment to boys over girls in food allocation within a household.

Successive state policies along with increasing precarity, worsened by the COVID-19 pandemic has diminished food security for poorer populations. Diets have become mostly rice-based for the poor and the public distribution system in most states do not provide adequate quantity of pulses, a vegetarian source of protein, that may help with nutrition, but cannot substitute for the absence of dairy, nuts, fruits and fresh vegetables, if populations were to follow a balanced vegetarian diet.

Most of these items do not even make a guest appearance in the diets of the impoverished households given how prohibitively expensive they are. Including eggs in mid-day meals to children continues to be a divisive issue in several states. If the government was really interested in solving the problem of undernutrition, it should have taken steps to address food security, protein deficiency, and anaemia in the majority of the Indian population.

The current policy which is an amendment to the Sharda Act (also the Child Marriage Restraint Act, 1929) which increased the age of marriage from 16 to 18 in 1978 for girls and to 21 for boys has been around for over four decades. Clearly this has not deterred families from marrying their daughters off before they turn 18 because the reasons why families marry their daughters off early, or why young girls elope before adulthood are complicated and vary substantially from one region to another.

In some Adivasi communities, for example, marriage by elopement is not uncommon and does not invite social censure.

In informal settlements among the urban poor, early marriage may be a strategic response to concerns around the safety of adolescent girls. While marriage does not guarantee safety, parents expect that once a girl is married, they become the responsibility of her husband and in-laws, and her security (read chastity) is no longer a concern. Among rural populations, marriage before the age of 18 could be a response to the poor payoff for paid employment in contrast to household work.

This could be due to limited good quality employment opportunities in rural India, though in recent years many girls from rural areas of Odisha, Jharkhand, Bihar, Uttar Pradesh, West Bengal, and Tamil Nadu especially have migrated to work in garment factories in urban centres in India. For some girls, marriage may present itself as a livelihood strategy or an escape from a violent and/or abusive natal family. It doesn’t appear as if all of these rather common scenarios were considered when the Cabinet approved the policy.

This policy is consistent with other attempts by the state to govern intimate relations especially where women are concerned – anti-conversion laws have been passed in Uttar Pradesh, Himachal Pradesh and Madhya Pradesh and are seriously being deliberated in others states, laws against so-called “love jihads” have been enacted in Uttar Pradesh and Madhya Pradesh and are being tabled in others, and now increasing the age at marriage for women across India is meant to prevent women from making a marriage of choice.

If women can choose an MP at 18, can they not choose their partner?

And even if they make a mistake by marrying an unsuitable boy, should they not have the right to make these mistakes, and learn from them?

In an ideal world, marriage should not be a livelihood strategy or a potential refuge for women. Decent work should be. However, most women in India are employed in the informal sector where conditions are abysmal with no social security. In the sectors that women tend to be employed formally in India, garment work and as health workers the conditions are also sub-optimal.

Instead of trying to structurally change conditions that improve existing employment conditions for women and create more employment opportunities for young people, so that there are alternatives to marriage for women to lead productive and meaningful lives, the state seems to be more vested in the business of who is marrying whom, and when.

Sreeparna Chattopadhyay is an Associate Professor of Sociology at FLAME University, Pune.