Hours after being sentenced, Weinstein was taken to Bellevue Hospital in Manhattan for "ongoing heart problems and chest pains". 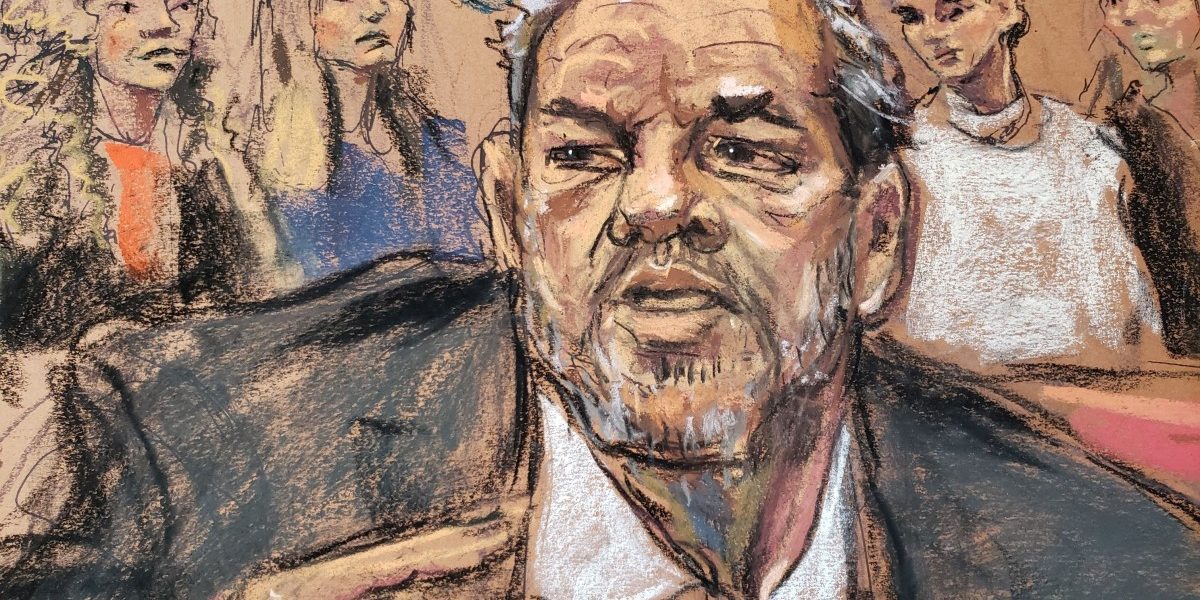 New York: Former movie producer Harvey Weinstein was sentenced on Wednesday to 23 years in prison for sexual assault and rape after giving a rambling court statement sympathising with men accused of sexual misconduct during the #MeToo era.

The sentence was handed down in Manhattan criminal court by Justice James Burke, with Weinstein’s lawyer Donna Rotunno afterward denouncing the prison term as “obscene” and “cowardly” and saying the judge and jury “caved” under the pressure of the #MeToo movement against sexual abuse and harassment.

Weinstein was taken to New York’s Rikers Island jail following the sentencing. Hours later, he was transported to Bellevue Hospital in Manhattan for “ongoing heart problems and chest pains,” Juda Engelmayer, a spokesman for Weinstein, said in an email. Weinstein underwent surgery at Bellevue to clear a heart blockage last week.

Engelmayer said “we are hopeful he will be held overnight for observation given his recent heart procedure less than a week ago and his ongoing medical issues.”

A jury on February 24 found Weinstein – once one of Hollywood’s most influential men – guilty of sexually assaulting former production assistant Mimi Haleyi and raping former aspiring actress Jessica Mann. The length of the sentence means Weinstein may spend the rest of his life incarcerated, considering he is 67 and has health issues. Defence lawyers had recommended the minimum possible five years in prison.

Weinstein, Haleyi and Mann all addressed the court during the sentencing hearing. The two women spoke of the trauma they have endured since Weinstein attacked them, with Haleyi saying, “It scarred me deeply, mentally and emotionally, perhaps irreparably, perhaps forever.”

Mann added, “I am forced to carry that experience until I die.”

Addressing the court from a wheelchair behind the defence table, Weinstein said, “I’m totally confused.”

Prosecutors portrayed Weinstein as a serial predator who had manipulated women with promises of career advancement in Hollywood, coaxing them to hotel rooms or private apartments and then overpowering and violently attacking them.

“The young struggling dreamers were not even people to him. He could take what he wanted knowing there was very little anyone could do about it,” Manhattan Assistant District Attorney Joan Illuzzi told the court.

Weinstein said he was worried about the “thousands of men who are losing due process” during the #MeToo movement just as people in the past had their careers destroyed when they were accused of being communists.

“I feel remorse for all of the men who are going through this fight,” Weinstein said, sounding unrepentant.

More than 100 women, including famous actresses, have accused Weinstein of sexual misconduct stretching back decades, fuelling the #MeToo movement. Weinstein has denied the allegations and said that any sex was consensual.

Haleyi said Weinstein has seemed “completely disconnected from the gravity of the crime he has committed against me.”

Haleyi, dressed in black, began to cry as she talked about coming forward to testify. During the trial, she testified that Weinstein invited her to his home, backed her into a bedroom and forced oral sex on her in 2006.

“I showed up not as a perfect victim, but as a human being,” she said.

Weinstein had faced a maximum of 29 years in prison.

“Although this is a first conviction, it is not a first offence,” the judge told the court.

Weinstein said he had worked too hard and put too much pressure on himself. “I’m really trying to be a better person,” he said. Engelmayer, said the defence expects to file an appeal in July.

Defence lawyer Rotunno said there are murderers who will go free sooner than Weinstein will. “I am overcome with anger at that number,” Rotunno said of the 23-year sentence.

Mann testified during the trial that Weinstein raped her in a Manhattan hotel room in 2013. Mann called Weinstein a “Jekyll and Hyde” character, charming in public but prone to rage when they were alone.

“I want to remind you I told Harvey, ‘no,'” she told the court. Her voice was strong but the paper she read from shook in her hands.

“Justice has been served today, due in no small part to the courage of the women who testified against Harvey Weinstein,” UN human rights chief Michelle Bachelet wrote on Twitter. “To mark real change, others who commit such appalling crimes must be held accountable, no matter where & what position they occupy.”

Burke sentenced Weinstein to 20 years for the attack on Haleyi and three years for the rape of Mann. The jury acquitted Weinstein on the most serious charges, a single count of first-degree rape as well as two counts of predatory sexual assault, which carried a potential life sentence.

Weinstein won an Academy Award for producing Shakespeare in Love and was responsible for other acclaimed films including Pulp Fiction, The English Patient and Gangs of New York.