Sciorra, who appeared in "The Sopranos," testified on Thursday that Weinstein violently raped her more than 25 years ago. New York: Actress Rosie Perez took the stand in the rape trial of Harvey Weinstein on Friday to bolster the account of friend and fellow actress Annabella Sciorra, who said she was raped by the former Hollywood producer in the early 1990s.

Perez, whose film credits include Spike Lee’s Do the Right Thing, told jurors that Sciorra shared details of the alleged assault, including that Weinstein had pinned her arms above her head as he raped her. Weinstein, 67, has pleaded not guilty to sexually assaulting two other women, Mimi Haleyi and Jessica Mann.

Sciorra, who appeared in “The Sopranos,” testified on Thursday that Weinstein violently raped her more than 25 years ago.

While that allegation is too old to support a separate rape charge against Weinstein, prosecutors hope it will show that he is a repeat sexual predator – the charge that could put him in prison for life.

Since 2017, more than 80 women, including many famous actresses, have accused Weinstein of sexual misconduct.

The accusations fuelled the #MeToo movement, in which women have accused powerful men in business, entertainment, media and politics of sexual misconduct. Weinstein‘s trial is widely seen as a watershed moment for the movement.

Weinstein has denied any non-consensual sex, and his lawyers said in opening statements on Wednesday that emails from his accusers would show they maintained warm relations with him after the alleged attacks.

Perez, testifying for the prosecution, said she called Sciorra one night to invite her to go out, but Sciorra answered in a “strange whisper of a voice.”

When she asked Sciorra what was wrong, Sciorra answered, “I think something bad happened. I think I was raped.”

Perez testified that when she asked Sciorra who had raped her, Sciorra said only, “I can’t, I can’t.”

Months later, Perez said, she heard rumours that Weinstein was stalking Sciorra in London and concluded he was the rapist. Perez said she called Sciorra, who confirmed her suspicion.

Perez said she urged Sciorra to go to the police, but Sciorra refused, saying, “He’d destroy me.”

Weinstein lawyer Damon Cheronis cross-examined Perez, pressing her about the details of her first phone call to Sciorra and asking her whether she went to check on her friend after the conversation.

Perez said she had not.

Earlier Friday, forensic psychiatrist Barbara Ziv testified as an expert for prosecutors about why some sexual assault victims do not report attacks or avoid their abusers. 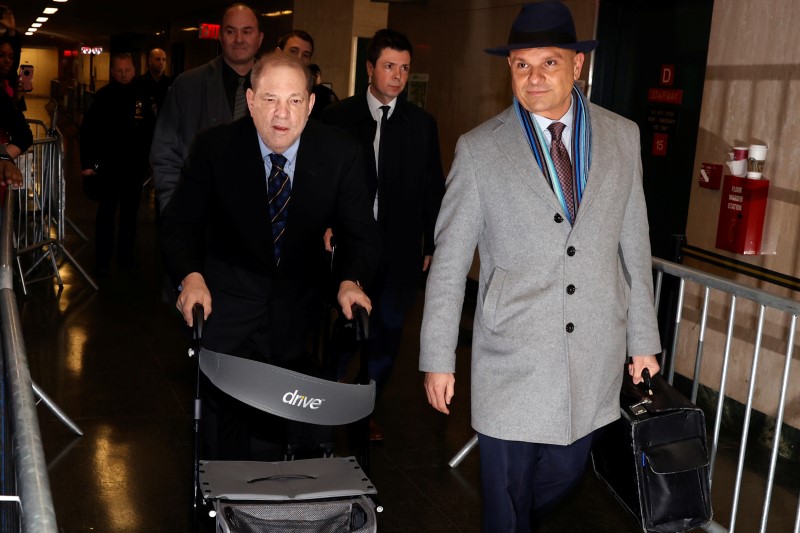 Ziv said most victims of rapes and sexual assaults know their attackers, do not fight back during the attacks, and many maintain relationships with their attackers.

“They’re hoping that this was just an aberration,” said Ziv, who teaches at Temple University in Philadelphia. Her testimony could help prosecutors show jurors why some women who have accused Weinstein of sexual misconduct might have stayed in contact with him after it occurred.

On cross-examination, Cheronis asked Ziv if a woman could view a consensual encounter years later as nonconsensual because she had come to regret it.

“Anything is possible,” Ziv answered, though she said it was not the norm.