A recent study of excess under-five female mortality in the country has also found that the problem is most pronounced in four states: Uttar Pradesh, Bihar, Rajasthan and Madhya Pradesh. 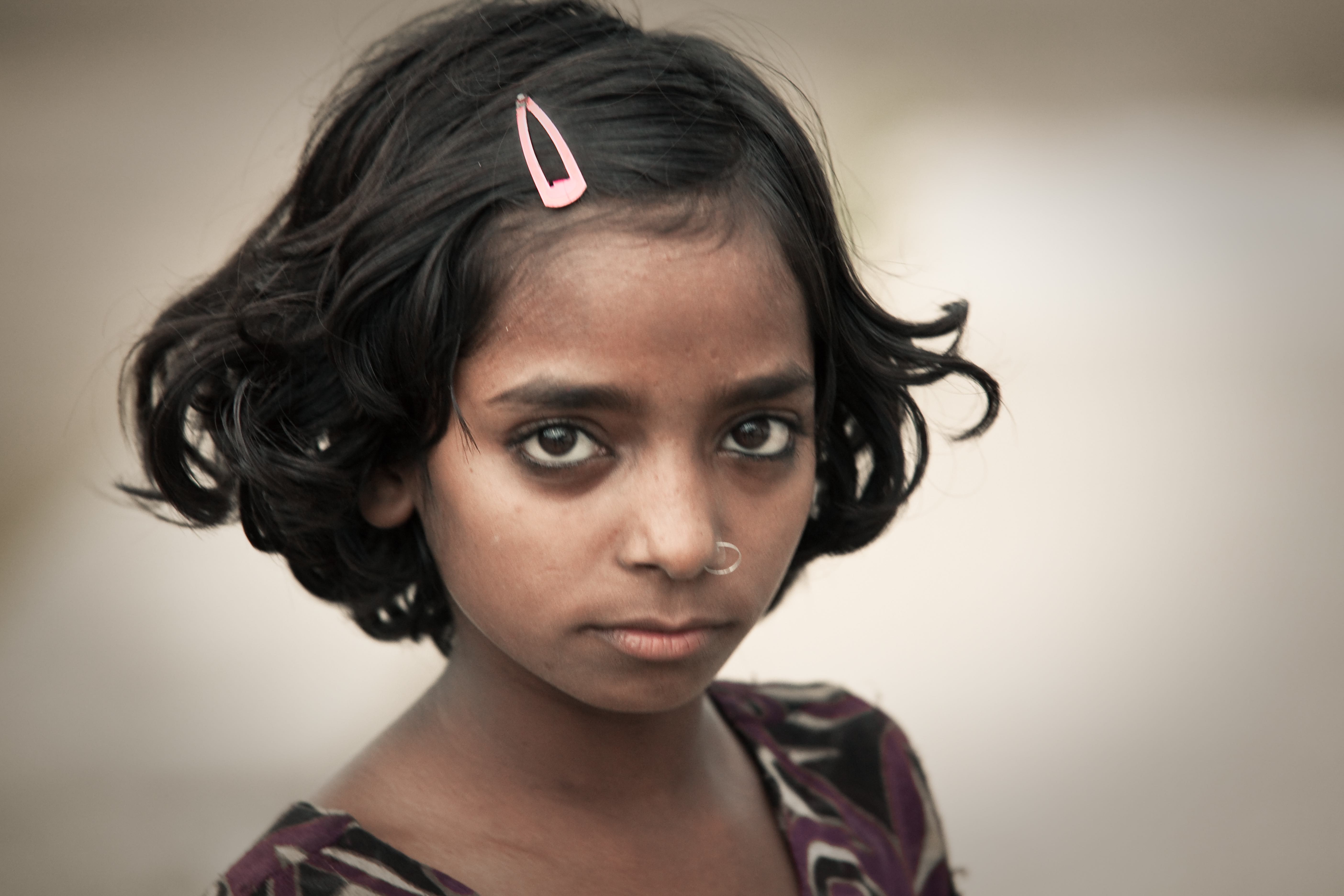 New Delhi: India’s preference for sons is not only preventing girls from being born, but is also causing higher mortality among girls who are born. A recent study published in Lancet Global Health has found that, on average, about 239,000 girls under the age of five die each year in the country because of their gender – in part due to unwanted child-bearing and neglect.

Selective abortion of female foetuses leads to fewer girls being born in the country, and foeticide and premature death of girls due to neglect add up to an estimated 63 million women “missing” from the population.

While most studies highlighting gender bias in India have focused on prenatal mortality, a new study by the International Institute for Applied Systems Analysis (IIASA) is the first of its kind for focusing on excess under-five female mortality at the district level. ‘Excess’ mortality has been defined as the difference between observed and expected mortality rates in both genders.

Excess female child mortality – causing 2.4 million deaths in a decade – has been observed in 90% of India’s districts and among 29 of the states and union territories, according to the study, whose conclusions its authors arrived at data from the 2011 Census.

This rate among females could prevent India from achieving its Millennium Development Goal target on child mortality: 42 deaths per 1,000 births.

Except the Andaman and Nicobar Islands, all states and union territories include at least one district with excess female mortality.

Among the larger states, Maharashtra, West Bengal and Tamil Nadu have excess female mortality well below the national average, which 18.5 per 1,000 live births.

This data, however, does not overlap properly with the states known to have skewed sex ratios at birth: Punjab, Haryana, Gujarat and Maharashtra. A recent NITI Aayog report had found a substantial decline in sex ratio at birth in Gujarat, from 907 females per 1,000 males born in 2012-14 to 854 in 2013-15. According to the Lancet study, except for Haryana, none of these states has severe excess female under-five mortality. 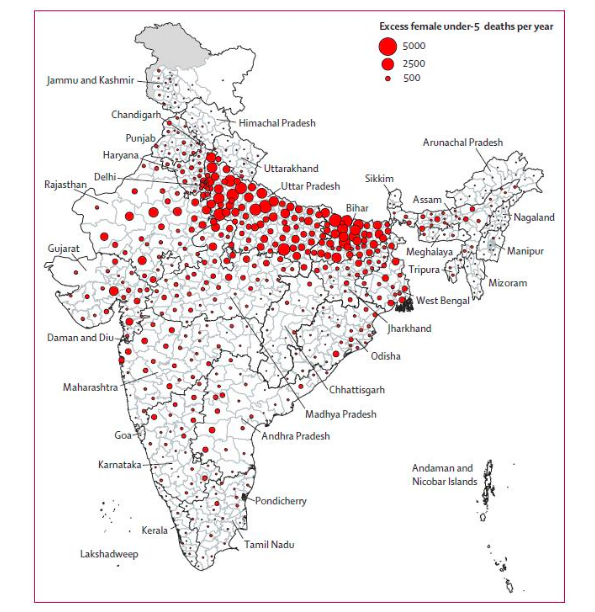 Thus, while sex-selective abortions and excess female mortality in childhood might be a result from the same bias against female children, they are not observed in the same regions.

The researchers gathered mortality data from 46 countries with no sign of gender bias to estimate the impact of excess female mortality in India’s districts. During the course of the study, from 2000 to 2005, 178,100 of the 13 million girls born died due to post-natal sex discrimination, a form of bias that largely remains “invisible”.

Such discrimination ranges from “deliberate neglect in health-seeking behaviour to invisible routine bias in food allocation,” the study’s paper notes. According to IIASA postdoctoral research scholar Nandita Saikia, among the authors of this study, the period (2000-2005) was chosen because it had the most consistent district-level data. She added that the findings of the study reinforce the need to directly address the issue of gender discrimination, in addition to “encouraging social and economic development for its benefits on Indian women.”

Based on statistical and mapping analyses, a close association was observed between excess female under-five mortality and socio-economic variables at district level, such as relative underdevelopment and reliance on agricultural and household work. Researchers also found a decreased prevalence of gender bias among Muslims and Scheduled Tribe communities.

Across the 640 Indian districts, excess female under-five mortality rate was highest among Hindus, consistent with a higher preference for sons among the religious group.

Writing for The Wire in February this year, Anoop Sadanandan had made similar observations:

A preference for sons thus seems to hold sway in states that are mostly Hindu, whereas in states where most people do not belong to the Hindu fold childhood sex ratios approximate parity. Skewed sex ratios are not a pan-Indian phenomenon; they are largely a Hindu problem.

Gender equality, according to study coauthor Christophe Guilmoto, is not limited to the right to education, employment and political representation. “It is also about care, vaccination and nutrition of girls – and ultimately survival.”