Feminist Perspectives on Space, Safety and Surveillance: Improving a Woman’s Right to the City

Cities must transition to a rights-based approach, addressing social norms and challenges in the built environment to create safe and inclusive public spaces for women. 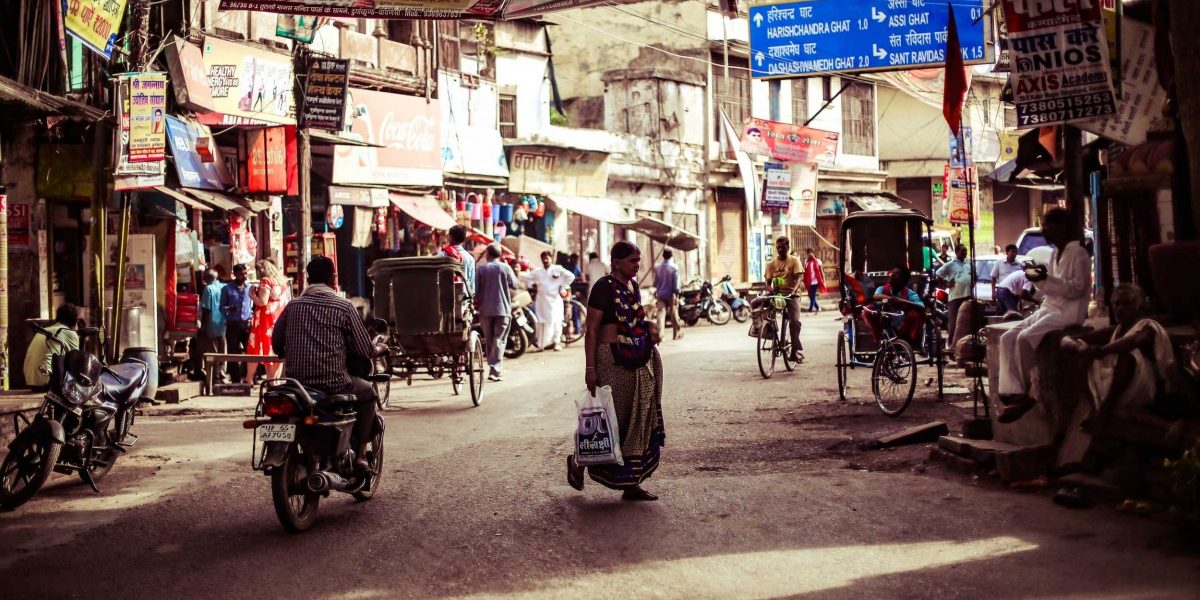 Recent investments in ‘smart’ technologies have landed three Indian cities spots in the top ten most surveilled cities in the world. With Chennai and Hyderabad securing the top two spots and Delhi the eighth, the deployment of surveillance technologies is often justified as improving safety of citizens in urban areas, especially women.

This fits right into the dominant patriarchal framework with which women in public spaces are controlled. It’s ironic that shielding women from unwanted attention involves watching them constantly through a state-sanctioned mechanism. A paradigm shift is required to promote rights-based approaches to guarantee women access to the city, without fear of violence and assurance of justice. This approach is key to engendering Indian cities.

Harassment and violence play a significant role in the way girls and women experience urban public spaces. Fear of different forms of violence, from unwanted staring, gestures and lewd remarks to physical attacks and rape, limits the participation of females in schools, workplaces and public life. While the design of city spaces across the world has privileged the needs of male, able-bodied people, there is a growing movement to reimagine cities as feminist spaces, guaranteeing women and girls equal right to the city.

In India, violence against women is rising. According to the National Commission for Women, there were 23,722 complaints of crimes against women in 2020, the highest in the last six years. And, it’s a known fact that women in Indian cities are under-reporting instances of harassment: in the National Capital Region, 77% of women do not report instances of sexual assault and 59% of women said that they have stopped going out alone to avoid such crimes. This means that streets, markets, public transportation, parks and other public spaces are devoid of equal representation of women, reinforcing a common fallacy that public spaces, by their nature of being public, are unsafe for women. This trend is mirrored across cities in India. Even in the so-called “safest” city for women, Mumbai, only 28% of people at any given time in public spaces across the city were women.

The onus of improving the safety of public spaces has traditionally fallen on state actors, especially police departments, who employ an approach of protectionism through surveillance rather than focusing on empowerment of women and access to urban space. Recently, this has manifested in many ideas, from women needing to register themselves when entering the public sphere for work to the installation of facial recognition camera technology that can sense ‘distress’ on a woman’s face, thus alerting local authorities to take action. As cities choose to deploy technology-based solutions to improve safety for women, we must question the efficacy of this solution and the dependency on digital infrastructure to solve socio-technical challenges.

The Government of India (GoI) has framed the future of urban India around a vision of smartness. The Smart Cities Mission, launched in 2015, aims to create ‘better planned human settlements’ through the application of smart solutions. These solutions promote the integration of technology and connected data systems, such as artificial intelligence, to address complex, multifaceted urban challenges. When it comes to public safety, many of the 100 Smart Cities have invested in surveillance solutions, including the procurement and installation of CCTV camera technology and developing Integrated Command and Control Centres to analyse real-time data.

Earlier this year, Chennai was ranked as the most surveilled city in the world with 657 CCTV cameras per square kilometre. Along with using Smart City Mission funding to invest in its surveillance system, Chennai plans to expand their network of surveillance infrastructure by using the Nirbhaya Fund, specifically designated for “improving women’s safety in the public sphere”. This signals that CCTV technologies are capable of reducing crimes against women. The Nirbhaya Fund has also been leveraged for the Ministry of Home Affairs’ Safe City project, which lists “smart surveillance” as one of the “minimum desirable components for ensuring safety and security of women and children” across the eight metro cities it’s being piloted in.

Also read: Women Need More Than a Drooping Half-Salute on This Day

While CCTV cameras have been able to help police and other relevant state actors solve crimes like child trafficking and theft, the impact of CCTV cameras on preventing crimes against women remains understudied. Studies have shown that across the globe, women are skeptical of whether or not CCTV technologies can create safer environments as they tend to be responsive, helping police solve crimes, rather than interfering and preventing the crime in the first place. There seems to be a mismatch between the security measures being deployed by the state and the needs of girls and women.

What is a safe city?

According to UN Women, a safe and inclusive city is one in which “women and girls are free from violence, and from the fear and anticipation of such violence”. Digital surveillance technologies being employed by the state based on the logic that they can help victims in real time by improving the “capacity to take appropriate action”. However, by depending on CCTV cameras to identify crimes against women, there is an underlying assumption that crimes against women are only physical in nature as this is what the technology can detect. Creating spaces in which women are free from actual and perceived threats involves addressing harassment like staring, stalking, and catcalling as well as physical assault.

There is also the question of who manages the response to crime witnessed over CCTV. Women across the country are expected to subscribe to behaviour defined within the constraints of patriarchy, in terms of what they wear, where they go, whom they go with and what time they are out. Victim-blaming, when victims of sexual assault overstep these limits, is not uncommon and is a deterrent for women reporting cases of gender-based violence. If the authority figures responding to CCTV surveillance systems and alerts endorse these paternalistic ideologies, they are reinforcing protectionism, exacerbating female vulnerability and not enabling women to access the city without fear of violence.

Cities must transition to a rights-based approach, addressing social norms and challenges in the built environment to create safe and inclusive public spaces for women. This involves systemic change in planning, design, policy and community education that improves the everyday experiences for women.

Also read: What the NFHS-5 Data Says About Women’s Empowerment

From a planning perspective, cities should promote mixed land use, where streets are lined by both commercial and residential buildings. This creates active street edges, meaning that there are “eyes on the street” during the day and at night where other members of the community are present, watching out for the community they are invested in. Cities also need to think about infrastructure and design from the perspective of women: from ensuring streets are well lit at night to designing bus shelters that are clear, so women can see who is around, to ensuring streets are walkable and easy to use for mothers pushing strollers and carrying groceries, designing safe streets from a female perspective will enable women to access the city easily.

Increasing women’s right to the city also involves working strongly with the police force. According to a UN report titled Progress of the World’s Women, female police presence is strongly correlated to higher levels of reporting of crimes against women and “is an important component of a gender-responsive justice system”. In India, less than 8% of the police force is female and less than 1% of those women hold supervisory positions. Improving the representation of women in police forces, especially in leadership roles, is key to ensuring gender justice across Indian cities.

Finally, education to deconstruct and dismantle patriarchal ideologies that constrain women to the home is fundamental in ensuring women’s right to the city. Without debunking stigmas around women’s right to public space, creating a space in which women are free from fear is impractical.