The family of the victim had filed a complaint against the main accused Tausif in 2018. Police had then advised reconciliation. 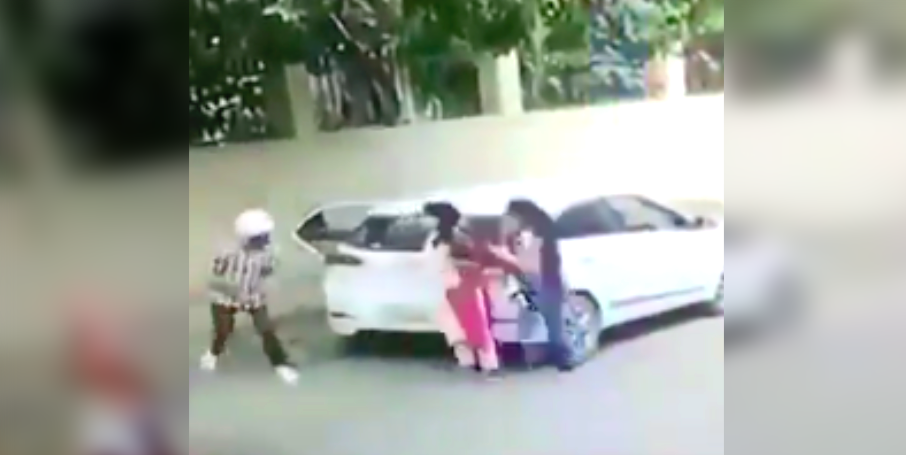 A screengrab of the video showing the killing.

New Delhi: A 21-year-old woman was shot dead outside her college in Ballabgarh in Haryana’s Faridabad district on Monday by a man against whom her family had filed a complaint in 2018. A video showing the crime clearly has gone viral on social media.

After a manhunt to nab two persons in connection with the crime, Haryana Police have arrested the main accused, Tausif, reported India Today.

According to Indian Express, Tausif had been the victim’s classmate.

The woman had come out of her college, where she was a third year commerce student, after appearing for an exam when the incident took place, Ballabgarh ACP Jaiveer Singh Rathi told PTI.

The accused, who arrived at the spot in a vehicle, tried to pull the woman inside, in a possible bid to abduct her, but she resisted after which one of the accused shot her.

“She was taken to a hospital, but succumbed to injuries,” the ACP said.

He said during preliminary investigation, it has emerged that one of the accused was known to her. The victim’s family has reportedly told India Today that police had advised them to “reach a reconciliation” when they had lodged a complaint against the accused and his repeated harassment of the victim.

Protests took place across Faridabad on Tuesday, in which the victim’s family also took part.