'In a country where the woman’s body has, more often than not, been a site of the patriarchy index, the Supreme Court’s recognition of her right to equality and, equally significantly, to her agency and choice, is momentous.' 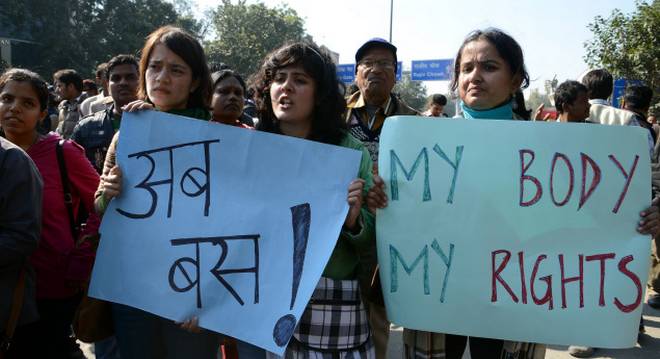 New Delhi: On Thursday, September 29, in a landmark judgment, the Supreme Court ruled that all women, married or not, are entitled to have safe and legal abortions until 24 weeks of pregnancy under the Medical Termination of Pregnancy (ACT).

While delivering the judgment, the bench of Justices D.Y. Chandrachud, J.B. Pardiwala and A.S. Bopanna also held that, under the ambit of the Act, the term “rape” would also include marital rape.

On the question of women’s reproductive rights and autonomy over their bodies, the court observed that any distinction drawn between married and unmarried women is “artificial and constitutionally unsustainable”. And the untenability of this distinction carried forward to the question of rape as well.

“Married women may also form the part of the class of survivors of sexual assault or rape. The ordinary meaning of the word rape is sexual intercourse with a person without consent or against their will. Regardless of whether such forced intercourse occurs in the context of matrimony a woman may become pregnant as a result of non-consensual sexual intercourse performed upon her by her husband,” LiveLaw reported the court as having said.

The significant judgment earned the court plaudits from many corners, particularly editorials from leading newspapers in the country.

‘In recognising every woman, married and single, as arbiter of her own body, SC’s abortion judgment is momentous’

“In a country where the woman’s body has, more often than not, been a site of the patriarchy index, the Supreme Court’s recognition of her right to equality and, equally significantly, to her agency and choice, is momentous,” reads the Indian Express’s editorial on the judgment.

Comparing the present judgment to the much talked about overturning of Roe versus Wade (which recognised a woman’s constitutional right to an abortion and legalised it nationwide) by the US Supreme Court in June this year, the Express editorial notes how abortion laws in India have moved towards being more progressive.

While noting that more work remains to be done in this regard, the editorial says that the present judgment will go a long way in opening up the door for the grant of more freedoms.

On the marital rape question, the editorial is more circumspect. It notes that since marital rape has not yet been criminalised in the country, it remains to be seen how the provisions of the judgment will be implemented, given that the top court specified that marital rape is recognised only under the ambit of the MTP Act.

Yet, it concludes on a positive note, lauding the increased agency over their own bodies the judgment provides to women.

‘Well done, SC: Parliament must measure up to court seeking to reform laws on marital rape and divorce’

As noted in its headline, the Times of India editorial puts the onus of expanding on the court’s order on Parliament, noting that it must now “pass better laws” on marital rape, divorce, and other questions of women’s rights.

The editorial describes the marital rape dimension of the impugned judgment as marking “a huge shift in judicial thought”, saying that it calls into question the Marital Rape Exception (MRE) in the Indian Penal Code (IPC).

Also read: Six Themes That Supreme Court Touched Upon in Verdict on Right to Legal Abortion

While the Times attributes the continuance of the MRE on “judicial prevarication” or “executive inaction/unwillingness” and expresses the hope that it will be struck down, since the case is currently in the Supreme Court, it goes on to lay the blame squarely on the third pillar of democracy, the legislature, noting that Parliament could have changed the law all this while.

The editorial also touches on what the top court’s judgment observed about divorce in India. The court noted that in India, couples are made to point out each others’ faults, even as across the globe, country’s are moving towards ‘no-fault’ divorces. As such, many divorce cases end up with the Supreme Court while they should be resolved at the level of district courts.

While ‘irretrievable breakdown of marriage’ is recognised as a ground for divorce according to the Marriage Laws (Amendment) Bill, 2013, the editorial notes that provisions for no-fault divorces should be included and other laws relating to marriage in the country, too, need to be modified.

‘A landmark for women’s rights’

In its editorial, the Hindustan Times comes down hard on the “arbitrary distinction” drawn between married and unmarried women in the MTP Act, writing that it “stemmed from outdated social mores instead of women’s right to bodily autonomy” and calling its consignment to history an “important moment”.

It also stood up for the legislature in doing so, noting that the fact that Parliament substituted the word “husband” for the word “partner” in the 2021 amendment to the MTP Act, showing that there was no legislative intent to draw the distinction in the first place.

Lauding the court for recognising marital rape, the editorial quoted an important section of the judgment:

“The nature of sexual violence and the contours of consent do not undergo a transformation when one decides to marry. The institution of marriage does not influence the answer to the question of whether a woman has consented to sexual relations.”

Further, the editorial also recognised the other important dimensions of the judgment, particularly, the recognition of transwomen as women under the ambit of the legislation, and foremost of all, the strong observations of the court towards bestowing greater agency over their bodies to women.