Is the Goddess (Still) a Feminist?

The biggest case for questioning the Goddess as a possible feminist seems to be the lack of evidence that the Goddess ever stands for women, or affirms their bodily experience, their mental wills and desires, their social bonds, their personal weaknesses and strengths. 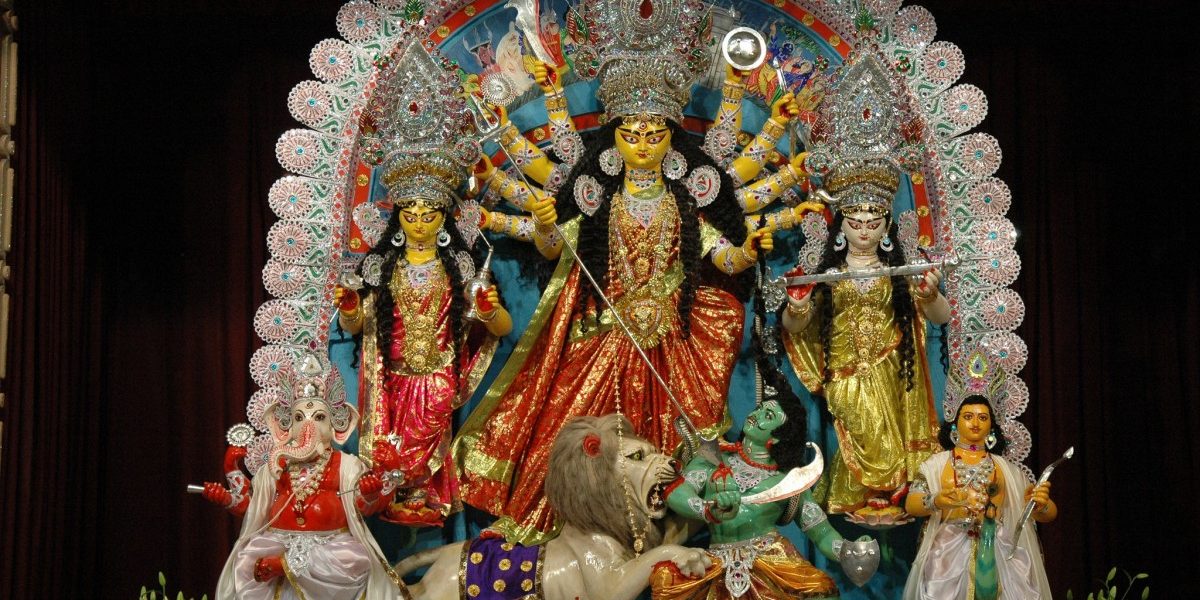 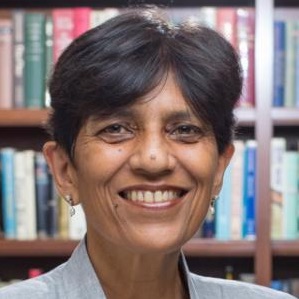 While my Hindu brethren engage in the worship of the Goddess at Durga Puja, the conundrum lies unresolved: “Is She a possible promise of liberation to women?” Indeed of, “Who is She?” and “What could be her relevance to (secular, educated, progressive) people today?”

The human imagination has been particularly fecund in conceptualising a Supreme Lord of the Universe. Trees, snakes, stones, rivers, cones, cubes, pillars, smoke – everything has been deified and most of all, the human male body. To a smaller, but still large extent, humans have also imagined the female form as a goddess or the Goddess. But almost everywhere this has been done in the past. No religion, agree scholars, has as old but also continuous a history of goddess worship as does Hinduism. And more than that, as diverse – displaying, literally, thousands of forms of the goddess, and hundreds of possibilities of the Goddess.

The Goddess in history

About four millennia ago, the Indus Valley civilisation shows evidence of the worship of a mother goddess. Clay figurines that can be seen in the National Museum today seem to celebrate a goddess as sign/symbol of fertility and maternalism. Though the exact continuities across these millennia are uncertain, the worship of a feminine principle seems likely.

Soon after, c.1500-500 BCE, the Vedic civilisation also gives importance to the female power, although less so than the extra-Vedic, or the forms of religion that continue on the subcontinent alongside Vedism. These many ‘religions’ are gradually assimilated into Sanskritic or Classical Hinduism. What we see overall in Indian history is a “matriarchal worldview.” This is a view that acknowledges and celebrates the value of women not only as givers and preservers of life, but as active sources of energy. It is a view that acknowledges women’s power.

Every worldview, however, is constructed by societies and people. The career of the Goddess has also had its ups and downs. One important date is that of the Devi Mahatmya in circa the 6th century. Originally, verses that are part of the Markandeya Purana, they come to be treated as a separate text, also known as Durgasaptasati, Durgapatha or Candipatha. Translatable as ‘The Glorification of the Goddess’, or ‘The Sermon of Durga’, this is a work that celebrates the Goddess as the supreme and autonomous principle in the universe through a series of stories. Being powerful, imaginative stories, they continue through history to be interpreted by readers and listeners according to the circumstances of their times.

The cleaning-up of the Goddess

Today, the stories of the destruction of the demons Madhu and Kaidabha, Mahishasur, and Shumbha and Nishumbha seem irrelevant if presented literally. The tendency in modern, gentrified Hinduism is to avoid them as unnecessary violence and gore, or dismiss them amusedly as the gross vehicles for refined concepts. Amar Chitra Katha, the favourite mythological reading for children, deliberately sidesteps the account of the goddess drinking up the blood of her enemy Raktabija to prevent his procreating more demons from his drops of blood. Modern Hinduism, both of a certain middle-class Indian and in the diaspora, considers certain practices to be ‘superstitions’ and ‘degrading,’ and prefers ‘mantras, chanted scriptures and vegetarian eating’, as Karline McLain points out in her 2008 article on the Durga title and her interview with Anant Pai.

If this is for children, adults are similarly steered away from any unpleasant confrontations by videos and websites that inform us that the demons are all metaphorical and within us. The danger in the first case is that we may forget how truly diverse a tradition is Hinduism, to the extent that we may logically refer to it only in the plural. We could enjoy participating productively in the knowledge of and debates between, its many levels and schools, rather than seeking an apologetic re-definition based on other religions’ norms. The danger in the second case is that we may be lulled into a (middle-class) spiritual slumber, closed off to political and social dangers. What we need instead, to use a Devi Mahatmya image, is for the goddess Yoganidra to exit and leave us awake and alert. There is an actual social context to our lives. All the demons are not merely within us, but outside as well, to be fought with by more than meditation and chanting.

The power and the glory

The Goddess is resplendent in clothes and jewellery, full-chested and upright, bright-eyed and beautiful. Worship of the Goddess is referred to as Saktaism, and her devotees as Saktas, one of her names being Sakti, or power. Sakta worship is one of the three main sectarian divisions of Hinduism, together with Vaisnavism, or worship of Visnu, and Saivism, or worship of Siva, but sometimes difficult to separate, especially from Saiva worship insofar that Siva, as well as Visnu, his avatars, and other Hindu gods, all have female wives or consorts who are all worshipped as various manifestations of the Goddess. They are not merely wives or consorts but also expressions of the female sakti, or power, of the male god they form a partnership with. Rather than this aspect of sakti, what comes to be stressed historically is the characteristic of the goddesses as loyal and virtuous wives. So, both as goddesses who are an inalienable power of their male halves (without them the male gods would be passive), and the Goddess as Sakti, or Power personified – there seems to be a case to be made for the Goddess as an icon of liberation for women.

The Goddess as feminist?

Many doubts raise their heads. We could dismiss the statistical and qualitative evidence of the low value attached to actual women’s lives and freedom as an unavoidable gap between the normative and the experienced that occurs in all human civilisation. We could put aside an often-voiced pain expressed by a live woman to not elevate her to the status of a goddess but treat her with human sensitivity instead. There are two interesting cases here to ponder. One is the fiction filmed in Devi by Satyajit Ray, where he shows the machine that is goddess-worship that builds pedestals to a woman and simultaneously treads underfoot ordinary women and people. The second is the case of Sharada Devi, the wife of Sri Ramakrishna, worshipped by followers as Devi, or the Goddess. As analysed by Jeffrey Kripal in his 2001 article, the actual woman, Sharada Devi, was uncomfortable with her deification and while the machine producing and servicing deification worked away, she maintained an often stubborn silence.

But the biggest case for questioning the Goddess as a possible feminist seems to be the lack of evidence that the Goddess ever stands for women, or affirms their bodily experience, their mental wills and desires, their social bonds, their personal weaknesses and strengths. The Goddess does seem to teach important lessons about recognising danger, knowing one’s will, acting upon one’s will and triumphing through sheer skills and grit – but do these lessons address women particularly?

The debate often revolves around a key issue: it’s the best we can do. In a patriarchal society (such as all societies are), where possibly all symbols have been created by men, even feminists have to use the symbols that exist. To wait for a post-patriarchal state would meanwhile mean losing a store of rich images, narratives and symbols, all the time being overtaken by another host of technology-and globalisation-produced symbols. The Goddess might well be a projection of male fantasy of womanhood, but women, as throughout history, could use the tools of subversion and reversal to find what they wish for in the symbol.

This is powerfully argued by several scholars such as Rita Gross, who would advise that the creativity and super strength of Durga are a model; the uniting of opposites in Kali are a reflection of the co-existence of opposed possibilities in human nature; the motherhood of Ganga gives women validation as reproducing, mothering humans; Saraswati is a model for the construction of culture and society; and Radha legitimises sexuality as well as provides a tool in overcoming the body-spirit dichotomy that leads potentially to a dislike of the material. Most of all, the Goddess is a woman and every woman can recognise herself physically in her.

Our possible androgynity and human-ness

On the other side, however, is a more glorious possibility still. A symbol should not be taken literally, including in its gender. The Goddess does not seem to be for women, particularly valuing them or protecting them or even understanding them, because she was not constructed within such narratives. Another host of scholars who focus on icons, signs, metaphors, metonyms and symbols, would suggest that we read deeper. Scholars of gender affirm and re-affirm that we read deeper into gender in India. Added to these two vast territories of ambiguity, symbology and gender, where so much work has to be done, is the fact of actual devotion for Hindus. We are not looking at a scholarly object, but at a Goddess who comes to life at this time of the year and is gazed at with actual love by devotees who believe her presence matters in their lives. For the rest of the year as well, they may well have the experience of interacting with her as parent, child, friend and follower. These devotees do not have to be women at all. They can feel everything that a woman might feel in relating to the Goddess. The Goddess is not a ‘woman,’ and people are not simply or exclusively ‘men’ and ‘women’ either.

The case can be made that the Goddess is not a feminist as much as – a potential destroyer of the problematic male-female gender division. She does not stand for womanhood but for the principle of femininity that exists in all. Her value to a modernising and progressive society lies in her very layers of valences that older societies could create and that modernity constantly runs the danger of losing.

Nita Kumar is Brown Professor of South Asian History at Claremont McKenna College, California. She writes on education and children, including The Artisans of Banaras (Princeton, 1988); Lessons from Schools (Sage, 2000); and The Politics of Gender, Community and Modernity (Oxford, 2007). She is Honorary Director of NIRMAN, and Vidyashram—the Southpoint School, in Varanasi. Read her at https://nitakumar.wordpress.com.