Paris saw its highest temperature since records began and Britain reported its hottest weather for the month of July. 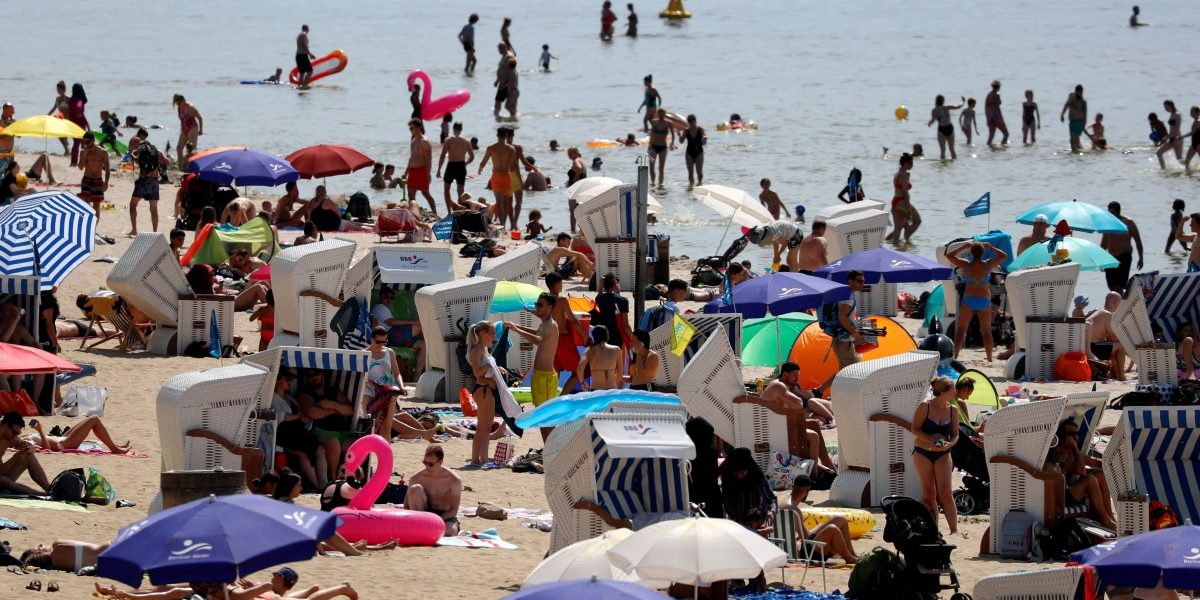 Paris/London:  Soaring temperatures broke records in Germany, France, Britain and the Netherlands on Thursday, as a heatwave gripped Europe for the second time in a month in what scientists said were becoming more frequent events as the planet heats up.

As a cauldron of hot air from the Sahara desert moved across the continent, drawn northwards by high pressure, Paris saw its highest temperature since records began and Britain reported its hottest weather for the month of July.

An all-time high was measured in Germany for a second day running, at 41.5 degrees Celsius (106.7 degrees Fahrenheit) in the northwestern town of Lingen – similar temperatures to those in some Gulf Arab capitals on Thursday.

The unusual conditions brought a reduction in French and German nuclear power output, disrupted rail travel in parts of Britain and sent some Europeans, not habitual users of air conditioning in their homes, out to the shops in search of fans.

Health authorities issued warnings to the elderly, especially vulnerable to spikes in temperature. In cities, children splashed about in water fountains to cool off.

“It’s very hot at the moment. I saw 42 degrees (Celsius) is forecast for today,” said 19-year-old French tourist Ombeline Massot in the capital’s Montmartre district, where visitors drank chilled bottles of water and fanned themselves. 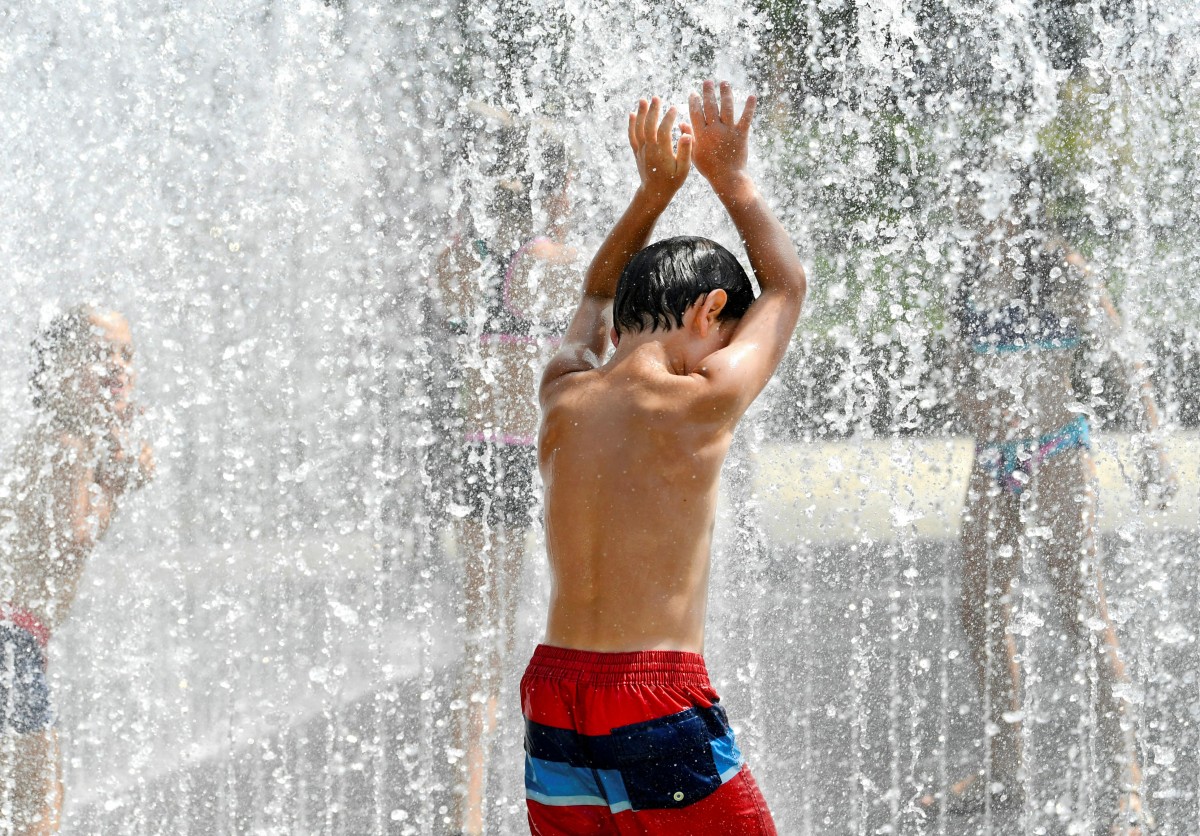 People cool off during a sunny day at the Rijksmuseum fountain in Amsterdam, July 25, 2019. Photo: Reuters/Piroschka van de Wouw

In the southern Netherlands, the temperature peaked at 40.4 C (104.7 F), topping 40 C (104 F) for the first time on record, Dutch meteorology institute KNMI said. That broke the national record of 39.3 C set the previous day. Before this week, the national heat record of 38.6 C had stood for 75 years.

The heat is expected to persist until Friday.

Climate specialists said such heatwaves are becoming more frequent as a result of global warming from greenhouse gas emissions.

Britons faced travel disruption, with trains being forced to slow down to prevent tracks buckling in the heat. Several train operators asked commuters not to travel or set off very early.

A Met Office study found that a heatwave like one that broke records last year was 30 times more likely to occur than in 1750, because of the high amount of carbon dioxide in the atmosphere. Since the pre-industrial period the Earth’s surface temperature has risen by 1 degree Celsius. 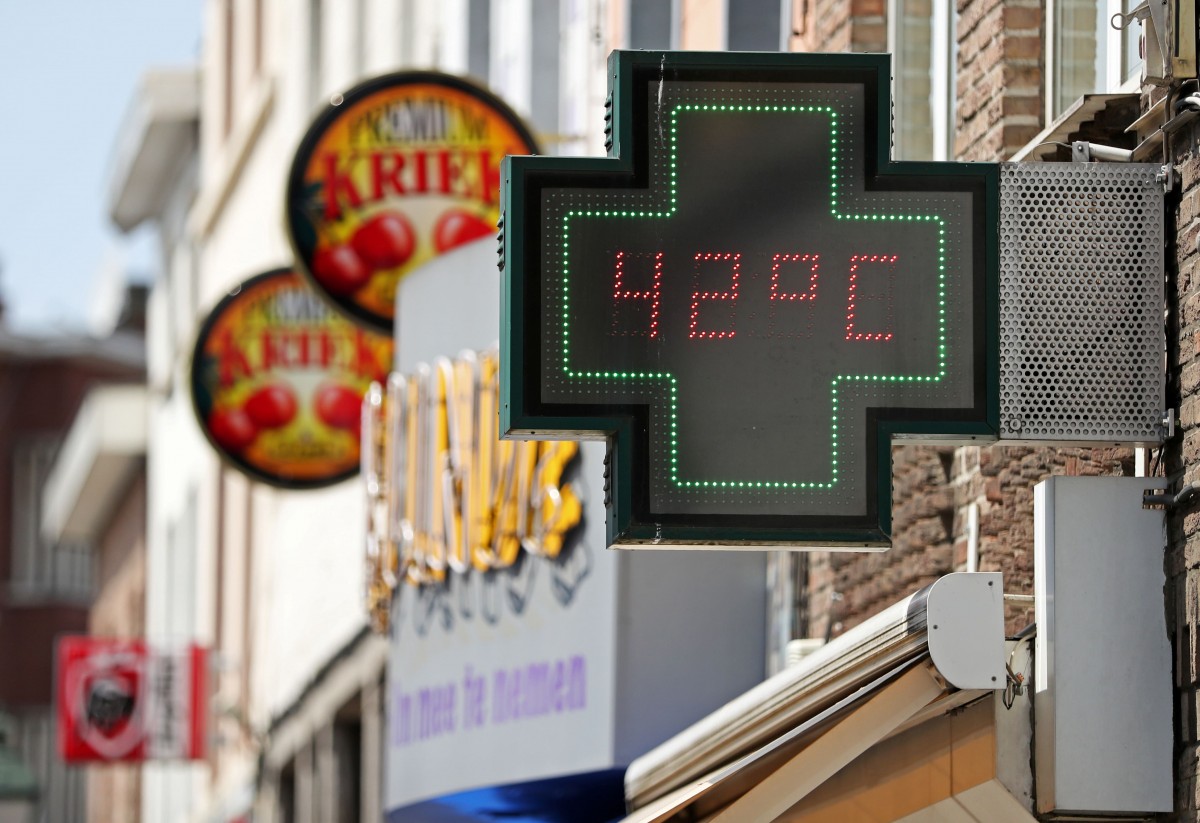 “There is a 40-50% chance that this will be the warmest July on record. This heatwave is exactly in line with climate change predictions,” said Dr Karsten Haustein at the Environmental Change Institute at the University of Oxford.

Peter Inness, senior research fellow at the University of Reading, said: “The fact that so many recent years have had very high summer temperatures both globally and across Europe is very much in line with what we expect from man-made global warming.”

In northern Poland, toxic algae in the Baltic sea led to the closure of more than 15 beaches this summer, authorities said.

“The Baltic sea isn’t the cleanest and when the temperatures are so high, then these organisms multiply at lightning speed and beaches need to be closed,” said Jan Bondar, a spokesman for Poland’s Chief Sanitary Inspectorate.

Electricity output was curtailed at six reactors by 0840 GMT on Thursday, while two other reactors were offline, data showed. High water temperatures and sluggish flows limit the ability to use river water to cool reactors.

In Germany, PreussenElektra, the nuclear unit of utility E.ON, said it would take its Grohnde reactor offline on Friday due to high temperatures in the Weser river.