"The allegations regarding 11 October 2018, as well as other allegations...are completely and absolutely false and scurrilous and are totally denied." 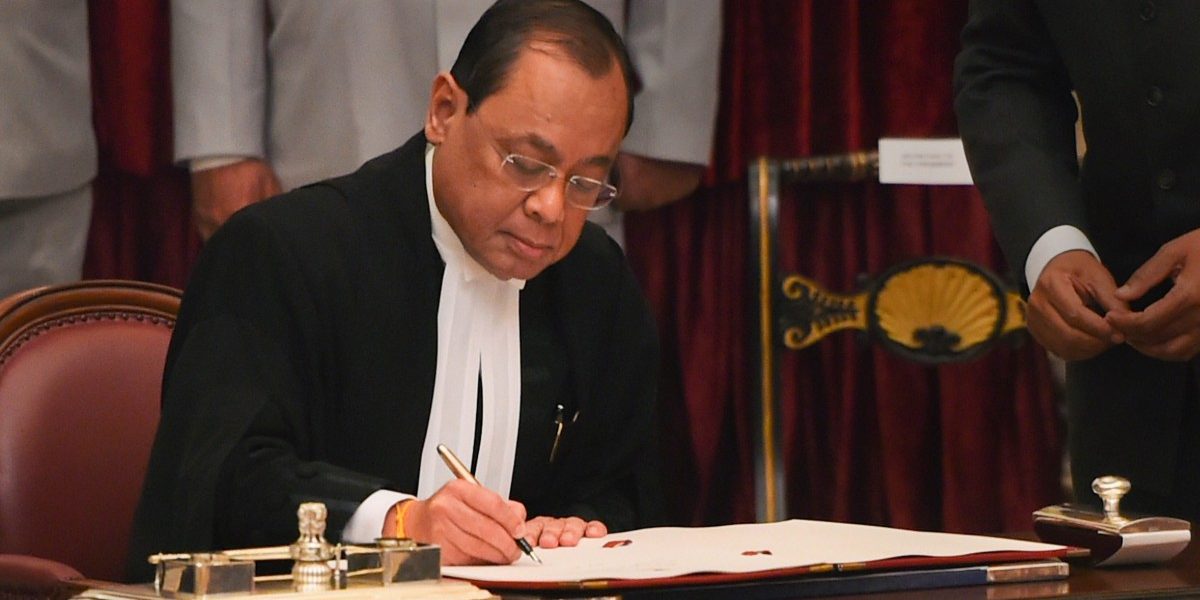 A former employee of the Supreme Court has made allegations of sexual harassment against Chief Justice of India (CJI) Ranjan Gogoi in an affidavit that she sent to all judges on the court on April 19, 2019. This is the full text of the response sent by the secretary general on the chief justice’s behalf, sent as a reply to a questionnaire The Wire had emailed to Justice Gogoi.

We are in receipt of emails from 4 media houses i.e. Leaflet, The Wire, Caravan and Scroll.in requiring a response in less than 24 hours. On enquiries being made, the response of the Supreme Court is as under :

The allegations regarding 11 october 2018, as well as other allegations as can be discerned from your emails, are completely and absolutely false and scurrilous and are totally denied.

[Name removed] was dismissed from service as per procedure. Her brother-in-law was terminated as he was only a temporary employee at that stage and his performance and conduct was reported not to be satisfactory.

It is not open to anyone to make unsolicited calls or uninvited approaches to the office of the Chief Justice of india, empecially an employee who has already been dismissed, and who previously engaged in inappropriate conduct. Since unsolicited calls and messages were recieved by the office of the CJI, a complaint had been made by the registry of the Supreme Court. Whether departmental enquiry was initiated against any member of her family by the Delhi Police, is something which the Delhi Police authorities might have done as per  rules.

The motive behind these false and scurrilous allegations is obviously mischevious. As referred to in your letter, there is a criminal case pending against her, where very serious allegation have been made, of her having taken a bribe to assure employment in the Supreme Court of India. It has been learnt that there is an application for the cancellation of bail earlier granted to her, which is listed for hearing on 20.04.2019 on acoount of her having made threats to the complainant of the said case.

It would be extremely relevant to mention that the concerned individal and her family have criminal antecedents.

Throughout her employment in the Supreme Court, whether during her posting at home office of the CJI, or even subsequently after she was transferred out of the home office of the Chief Justice of India, or at the time she was terminated, or even thereafter, there were no complaints made by her of the nature now being alleged. It is not only mischievous but a complete afterthoght of her to make these false allegations at this time.

In fact, on the other hand, in the interregnum, there were complaints made against her by the secretariat of the Chief Justice of India, to the Secretary General on account of her inappropriate behavior, and this resulted in her transfer out of the home office of the CJI. Apart from the misconduct formally recorded in the complaint by the secretariat, there were other counts of misconduct on her part.

It appears that these false allegations are being made asa  pressure tactics to somehow come out of the various proceedings which have been initiated in law, against her and her family, for their on wrong doings. Its is also very possible that there are mischevious forces behind all this, with an intention to malign the institution.