The hospital authorities said they were not asked for the footage earlier, and now it has been taped over. 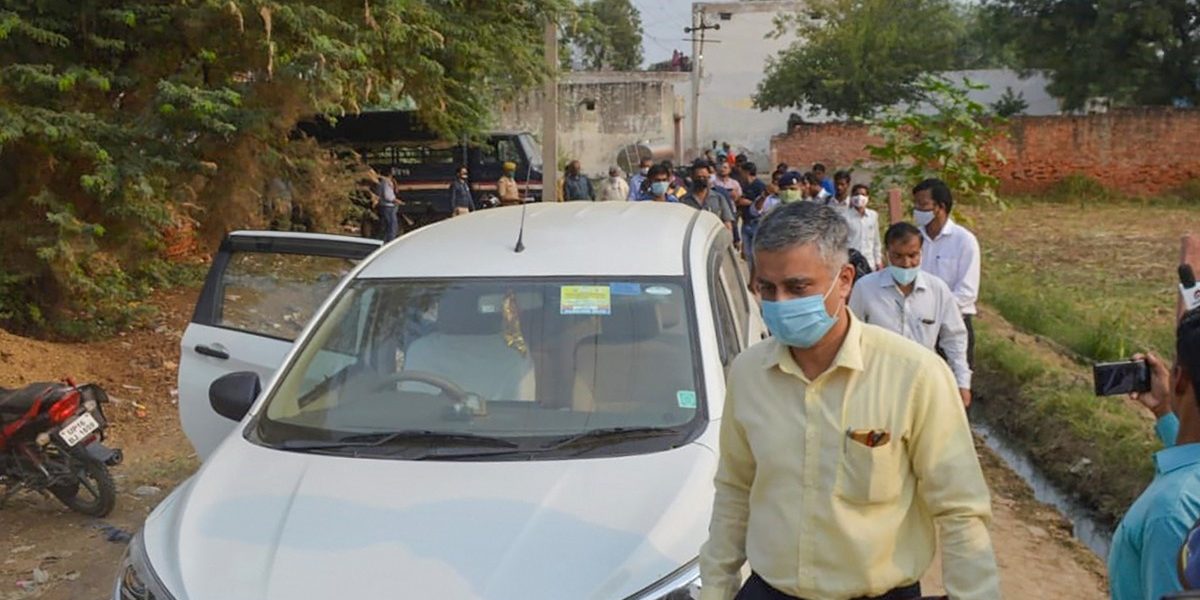 CBI officials arrive to investigate the case of a 19-year-old Dalit woman who died after being allegedly gang-raped, in Hathras, Tuesday, October 13, 2020. Photo: PTI

New Delhi: CCTV footage from the district hospital where the 19-year-old Dalit woman from Hathras was taken on September 14 after being gang-raped and brutally attacked was reportedly not backed up, and thus will not be available for the Central Bureau of Investigation team probing the case.

According to the Times of India, chief medical officer at the hospital Indra Veer Singh said that since authorities had asked for the footage at the time, it had not been saved. “Now, after a month, we can’t provide it,” he said, adding that footage is usually saved for a week, after which it is taped over with new footage.

While the CBI team is now claiming that this footage is “crucial” as it would show them when the woman came in, who she speak to, who attended to her and so on, the Uttar Pradesh police claimed they had not asked for it earlier as the hospital was not said to be connected to the crime. “Unless the crime took place at the hospital or negligence is reported,” a police officer told the Times of India, the hospital is not investigated and CCTV footage is not required.

Also read: Would You Have Burnt Body if Victim’s Family Was Well-to-Do? HC Pulls up UP Officials

The state government, police and CBI have come under immense scrutiny for their mishandling of the case, including from the Allahabad high court. The court, civil society activists and the woman’s family have made serious allegations that amount to destroying evidence and trying to shield the accused. In the latest development that has led to questions being raised about the investigation, the CBI has been questioning the teenager’s brothers and father.

The woman’s family has said that the four accused Thakur men, who the woman named before she succumbed to her injuries, should be moved out of the Aligarh jail, as they have a lot of support there.

The Allahabad high court was particularly scathing about the manner in which the woman’s body was burnt by the police and the police’s initial claim trying to say that the woman was not raped because no semen was found on her body.

In the light of comments made by a senior UP police officer that the Hathras woman had not been raped, the high court bench of Justices Rajan Roy and Pankaj Mithal also ordered that “No officer who is not directly connected with the investigation should make any statement in public regarding commission of the offence alleged or otherwise based on evidence collected as it can lead to unnecessary speculation and confusion amongst the masses, who may not be aware of niceties of law thereby fuelling emotions on both sides.”