The Dalit woman was allegedly raped by four Thakur men in Hathras on September 14. She died on September 29 at Delhi's Safdarjung Hospital during treatment. 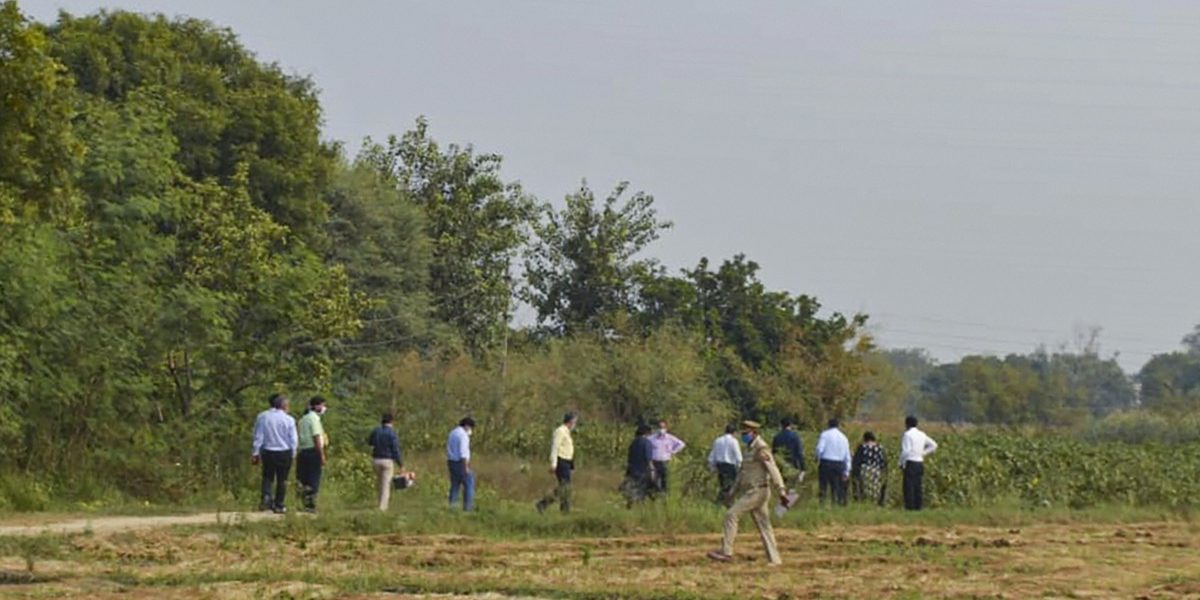 CBI officials arrive to investigate the case of a 19-year-old Dalit woman who died after being gang-raped, in Hathras, Tuesday, October 13, 2020. Photo: PTI

New Delhi: The Central Bureau of Investigation on Friday filed its chargesheet against four accused in the gangrape and murder case of a 19-year-old Dalit woman in Hathras.

The agency invoked charges of gangrape and murder against Sandeep, Luvkush, Ravi and Ramu and the local court in Hathras has taken cognisance, lawyer for the accused told reporters outside the court. The CBI has also invoked charges against the accused under the SC/ST (Prevention of Atrocities) Act.

“The truth always comes out in the end,” the victim’s brother told The Wire, after news of the chargesheet broke. “We’re glad that the CBI is holding the accused to account.”

The Dalit woman was allegedly raped by four Thakur men in Hathras on September 14. She died on September 29 at Delhi’s Safdarjung Hospital during treatment.

The victim was cremated by the police in the dead of the night near her home on September 30, against the wisher of her family. Her family also alleged that they were not allowed to leave their house after the incident.

Accused Sandeep, Luvkush, Ravi and Ramu are in judicial custody.

The CBI investigators had also met doctors at the Jawaharlal Nehru Medical College and Hospital, where the victim was treated after the alleged gangrape on September 14.

The Yogi Adityanath government faced a lot of flak for the case, which was later transferred to the CBI. The government and its officials had first tried to peddle the claim that there was no rape involved and the woman had not mentioned rape in her original statement – a claim which was disproved by the medico-legal reports and the victim’s statement. The CBI chargesheet too clearly mentions gangrape.

The CBI had constituted a team to probe the incident and handed over the probe to its Ghaziabad unit. The team has already recorded statements of family members of the victim.

Meanwhile, the UP government has also claimed there was an “international conspiracy” to use the case to defame the state government. Journalist Siddique Kappan, who was arrested while on his way to Hathras to report on the gangrape and murder, is charged under this case.