'If Authorities Had Listened in Time, She Wouldn't Be Dead': Bulandshahr Victim's Family

A minor Dalit girl was set ablaze months after she was raped in Bulandshahr, Uttar Pradesh. 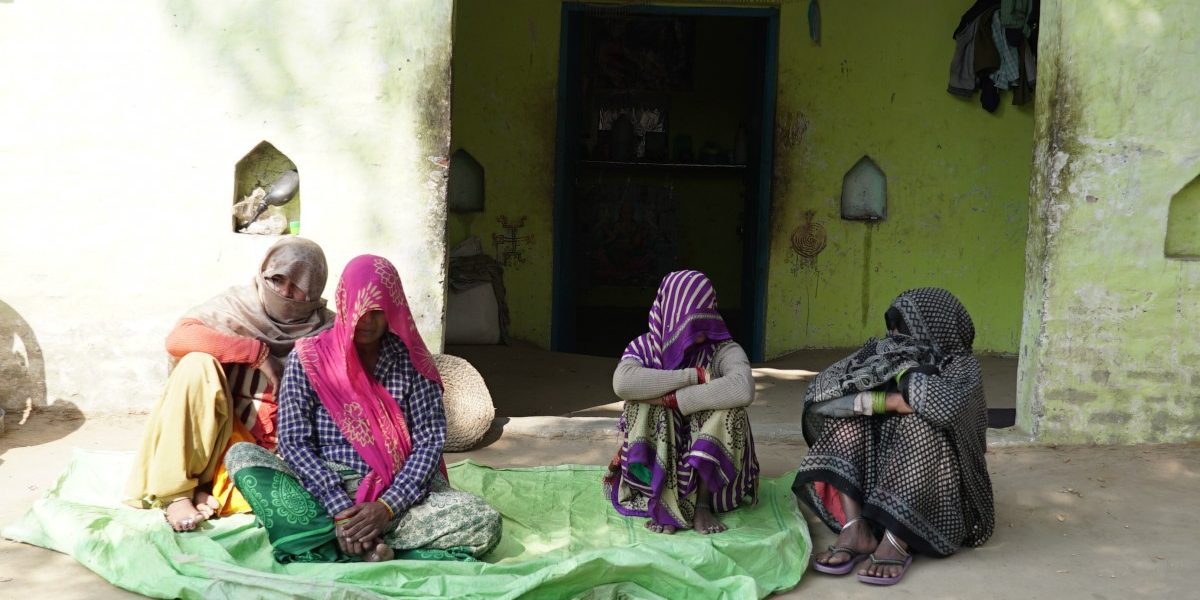 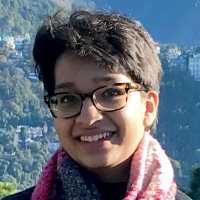 Bulandshahr (Uttar Pradesh): On November 17, at Sidh Nagla village in Bulandshahr, a minor Dalit girl was burnt alive in broad daylight. In August, the victim had been raped allegedly by one Harish alias Chainta, and was since being harassed by his associates to withdraw her complaint.

A rape, threats and a murder

The victim used to help her family with farm-related work in the surrounding sugarcane fields. On August 14, following an argument related to the operation of a machine, the victim was picked up from a sugarcane mill by one Kajal of Dhamni, the village neighbouring Sidh Nagla. Her father found her almost 24 hours later, semi-conscious, in the surrounding orchards, where she said she had been raped by Harish, who worked in the orchards. The family says there was no past dispute between the victim’s family and Harish.

After lodging a complaint at the Jahangirabad police station, Harish/Chainta was promptly arrested on August 15 under Section 376 of the Indian Penal Code (rape) and sections of the Protection of Children from Sexual Offences Act and Scheduled Caste and Scheduled Tribe (Prevention of Atrocities) Act. But the police stalled the arrest of the two co-accused, Sanjay and his wife – both relatives of Harish’s.

The victim’s ordeal was far from over. Since August, associates of the accused belonging to the victim’s village had allegedly been threatening her, trying to pressurise her into withdrawing the case. “Either take the case back and change your statement, or we will kill you,” they told the victim when she went to work in the fields, according to her family.

Her mother says that the victim was a talkative girl and used to help around the house and in the fields. But as the threats began to grow, she grew quieter, locking herself in a room for hours and starving herself. “She never told us about these threats,” says her sister softly.

At a panchayat meeting, the victim’s father and uncle, too, were allegedly threatened in public. Senior Superintendent of Police (SSP), Bulandshahr, Santosh Kumar Singh admits that the local police of Jahangirabad were made aware of these threats. He also admits to their negligence. “Taking the family’s word that they had informed the police about the threats, sub-inspector Kamalkant and darogah Gautam have been suspended for negligence,” he tells The Wire. But when asked about what other on-ground action they took, apart from suspension, he says he will not comment further and the investigation is underway. 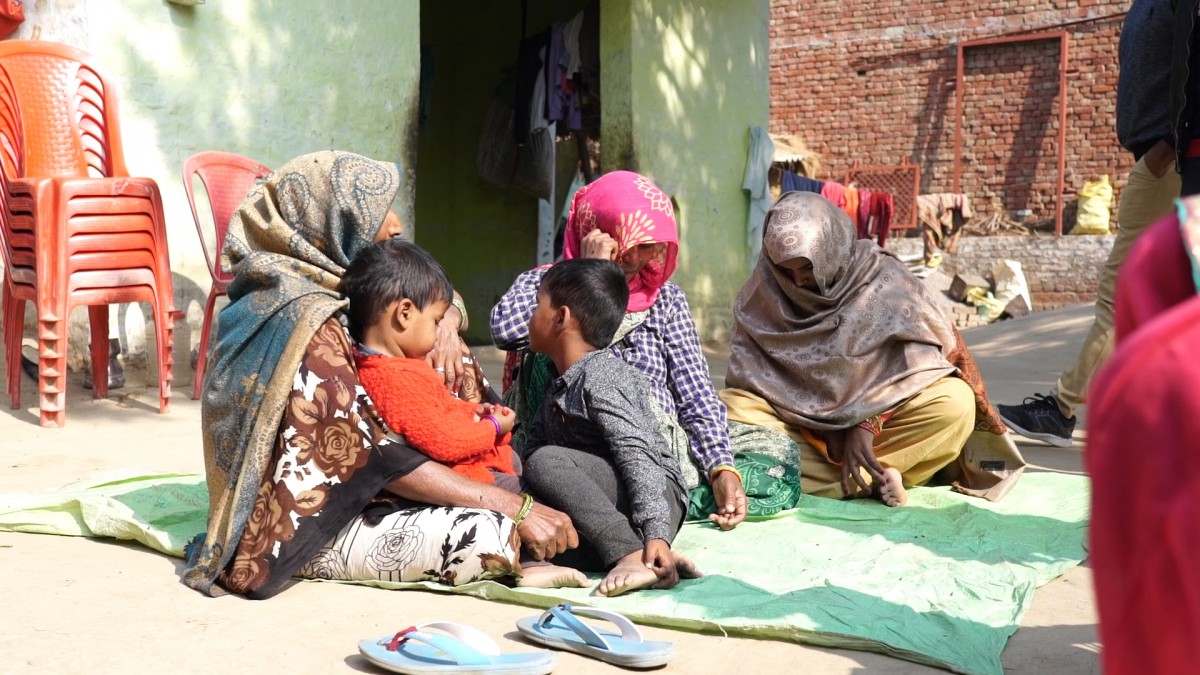 Other tactics were also allegedly used to convince the girl to withdraw her case. “Chainta’s (Harish’s) parents even came to our house and begged for forgiveness…right here,” says the victim’s father, gesturing towards a spot under the household’s neem tree.

Her mother says it was the same spot where the victim was set on fire on the morning of November 17. With her father at a panchayat meeting, only the victim’s mother and elder brother were at home with her. The victim and her mother were preparing for a meal when a group of people entered the house. A scuffle followed and raised voices heard, and the victim was set ablaze. “I had just gone to take a bath when I heard my mother scream ‘They’ve set her on fire!’…immediately, I came out of the bathroom and put whatever cloth I could on her to douse the flames,” her brother says.

He could only catch a glimpse of the perpetrators running away, and couldn’t recognise them as they were wearing masks. The victim’s father believes he caught a glimpse of Sanjay when a crowd of neighbours gathered in their house after the incident. But her mother remembers nothing and no one. Still in shock, all she remembers is her daughter on fire. “She was burning. I just put a blanket over my child…,” she keeps repeating.

After the violence came institutional apathy – as is often the case with marginalised communities, particularly Dalits, in India. The police sent the victim away to a local hospital before the family could lodge a complaint. The Jahangirabad hospital did not give the victim the required medical attention. “We were told to rub ointment on her [the victim]. That is supposed to be the doctor’s job! We were the ones transferring her into an ambulance,” says her brother.

After a long, 45-minute wait, an ambulance took the victim to another hospital in Bulandshahr. There, she was referred to a Delhi hospital. At Delhi’s Ram Manohar Lohia Hospital, she succumbed to her injuries. In a video of the victim, filmed at a hospital, she has named rape co-accused, Sanjay and Kajal.

Unlike in the wake of the Hathras gangrape and murder, the brutality meted out to this young Dalit girl has largely been met with silence. There are no politicians, policemen and or media crew at the victim’s house. Her elder sister tells The Wire, “No one came when my sister was raped. No one heard us back then. Now just about anyone is coming…had anyone given her a hearing, my sister wouldn’t have died. She would have been alive, and you wouldn’t have had to come here.” 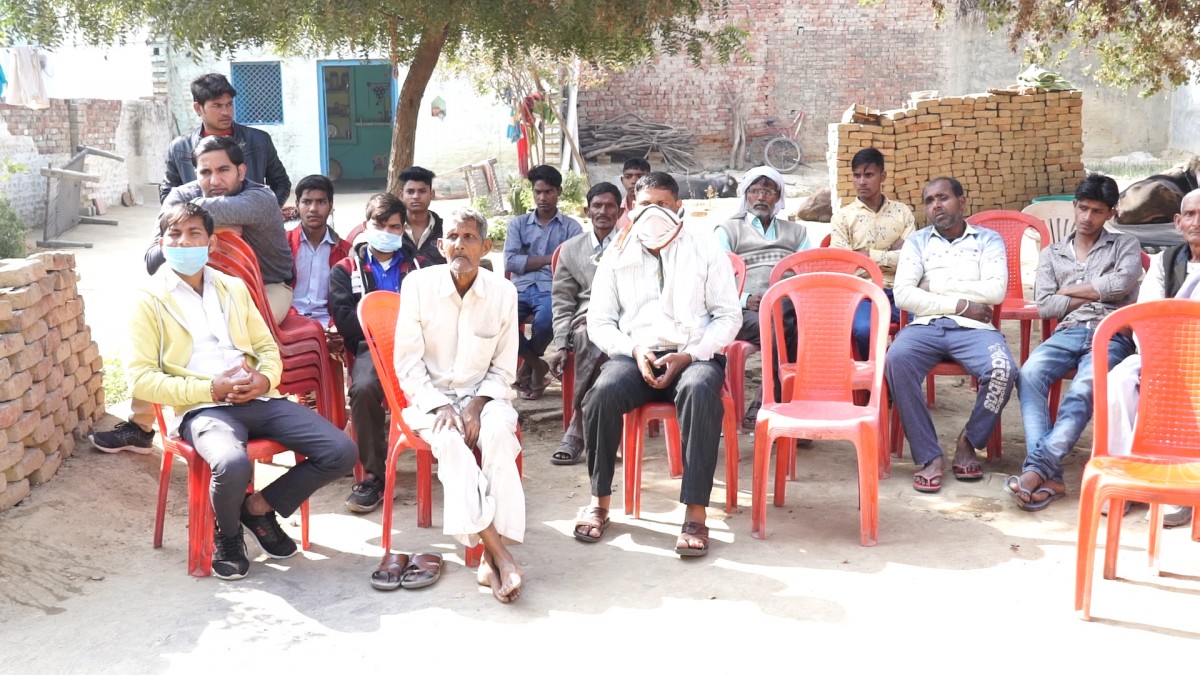 Senior Superintendent of Police (SSP), Bulandshahr, Santosh Kumar Singh says that five people – Bir Singh, Badan Singh, Banwari, Jaswant Singh and his son Gautam – were arrested on November 18 in relation to threatening the victim and setting her ablaze. They all have been charged with murder. “The main accused (Harish/ ‘Chainta’) was arrested after the August incident. Two – rape co-accused Sanjay and Kajal – are still absconding. A bounty of Rs 20,000 has been announced for them,” the SSP says.

“If the main accused, Sanjay and his wife [Kajal] had been arrested time, the other five lives wouldn’t have been ruined. They wouldn’t have been involved in this act,” the victim’s father and brother say. They also believe that it is not only caste, but political muscle power at play. The rape accused Harish/‘Chainta’, Sanjay and Kajal belong to the Aheria community (who are listed as OBCs) whereas two accused – Jaswant Singh and Gautam – of the five arrested for threats belong to the same Jatav community as the victim. Moreover, most of the households in Sidh Nagla are Jatav households.

When asked about the steps the UP police is taking, SSP Singh said that an investigation is being carried out, with all arrangements in place. “A sum of Rs 8.4 lakh, in addition to the Rs. 3.75 lakh [announced by the state government], to be given to the family has been granted clearance. Five accused have been arrested. Police protection is being given to the family.”

Yet the family says they don’t feel safe.

A clamour of voices decries the Yogi Adityanath government. “Despite their slogans of ‘Beti Bachao, Beti Padhao’, such incidents seem to be increasing…their own people are protecting them [the accused],” say victim’s brother and uncle. According to the National Crime Report Bureau, Uttar Pradesh recorded the highest increase in crime against women, at 66.7%, in four years, in 2019.

“What we want is a license [for weapons] so that we can protect ourselves,” the victim’s brother and uncle continue. This demand for gun licenses and subsidised guns has often been raised by Dalit leaders, most recently by Bhim Army chief Chandrashekhar Azad. The demands point to their lack of faith in the state and its institutions.

As per news reports, on November 19, the UP government announced a Rs 3.75 lakh compensation, protection and other support for the victim’s family. But her father, brother and uncle believe that weapons licenses are also important – because that’s where the perpetrators are getting their strength from.

The victim’s sister, though, feels differently. “All I want is justice for my sister. I have nothing more to ask for,” she says.