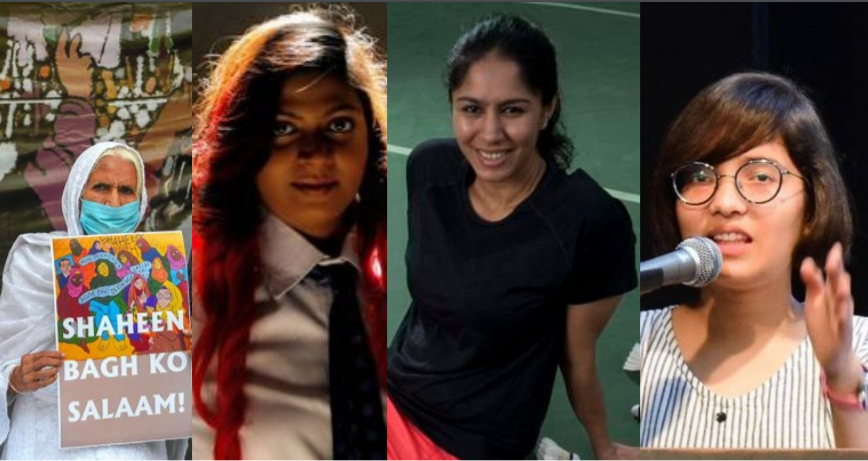 The list which celebrates inspirational and influential women across the globe – from high profile names to unsung heroes – is the second time a high-profile global compilation has included Bilkis Bano. She was earlier named on TIME magazine’s ‘most influential’ of 2020 list.

“In a year of unprecedented turbulence, this year’s theme is ‘How Women Led Change in 2020’ and celebrates some of the scientists, public health experts, and healthcare workers who have helped us weather the storm of the global pandemic, as well as women from other industries who have all been leaders of change in their own way – from politicians, lawyers and architects to actors, writers, athletes, singers and those who have sought to improve the lives of others in their community,” the BBC said in a statement.

“For the first time, this year’s list will see the 100th spot left blank to honour all the women who made an impact and a sacrifice in this extraordinary year and allow our audiences to fill it with someone meaningful to them,” the BBC said.

Bilkis Bano became the face of the protest movement at Shaheen Bagh against the Citizenship (Amendment) Act and National Register of Citizens. She was a part of a group of women who came to be known as the Shaheen Bagh dadis or grandmothers, who participated in the sit-in protest during Delhi’s biting winter. Indian journalist and author Rana Ayyub described her as “the voice of the marginalised”, the BBC report said.

Isaivani is a gaana singer with India’s largest ensemble political band – The Casteless Collective – which questions oppression or inequality through its music. Gaana is a genre of Dalit urban folk songs, originally sung on the streets of northern Chennai. Isaivani has spent years singing and performing in this male-dominated space, the BBC report said.

In 2011, Manasi Joshi – who also worked as a software engineer – met with an accident on her way to office when she was hit by a truck. As gangrene set in, the leg had to be amputated. However, the para shuttler did not give up and won the world badminton championship in Basel in 2019. According to BBC, in June 2020, the Badminton World Federation ranked her world number two in the SL3 singles. She was also featured on the cover of TIME Magazine as one of its ‘Next Generation Leaders’ and appeared on the cover of its Asia edition as an advocate for the rights of disabled people in India.

In 2017, at the age of nine, environment activist Ridhima Pandey filed a petition in the National Green Tribunal against the government in response to its inaction to mitigate climate change. In 2019, she was among 16 child petitioners, including Greta Thunberg, who had filed a lawsuit against five countries at the UN, against the lax attitude of governments towards climate change. The five countries included Argentina, Brazil, France, Germany and Turkey.