The prevailing perception defines women of Bihar as 'left-behind' by their male counterparts who migrate for work. However, a closer look suggests otherwise. 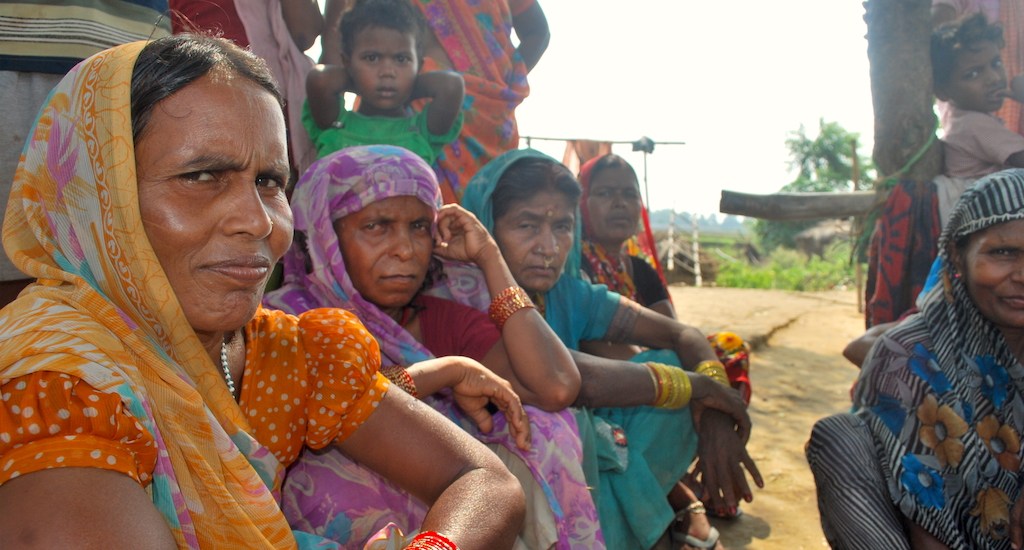 The prevailing perception about Bihari women in a sub-urban or rural setting reduces the different dimensions of their persona into fossilised gender identities like ‘left-behind women’. In other words, they are mostly considered as the passive recipient of exploitative patriarchal actions in a traditional, patriarchal society of Bihar.

However, a closer look at the society of Bihar would suggest that the role of the women of Bihar is far more dynamic and powerful than a mere passive victim of patriarchal hegemony. A history of migration of males of Bihar in search of better livelihood has resulted in an environment for women where they are not under the constant and direct control of their male counterparts and it provides for a space where they assert themselves more freely in both private and public space.

To start with, the conviction stems from the immediate lived realities as I saw my mother started to assert herself after my father left home (in Darbhanga) to work as a migrant worker in Delhi and then in far-off Naxal affected areas from where it was difficult to come back home on a regular interval. In the wake of such a situation, she, ‘a left-behind woman’, took upon herself the responsibility to not only run her family (which entailed doing the usual household chores such as cooking and cleaning, getting weekly rations from the ration shops, deciding and providing the standard of education and healthcare for us etc.) but also managed to run the small-scale business (a Xerox shop) that my father had.

This story symbolises how the women of Bihar are increasingly claiming agency as is buttressed by a report of National Family Health Survey (2019-20) on Bihar. According to the report, 84% of married women (87% in urban area and 86.5% in rural area) take part in the household decisions and 76.7% of women (as opposed to 26.4% in 2015-16) have bank accounts or saving accounts that they themselves use.

Qualitatively, the degree of participation may vary family to family, but the sheer number does show that there has been a gradual shift in the gender dynamics of the region. In any relationship involving power dynamics, the power is always negotiated and re-negotiated by people who are at the receiving end of oppression. In the case of Bihar, what we are witnessing is that the women are constantly re-negotiating the power in their own ways.

Based on my interactions with women and other family members across caste and community in certain pockets of Darbhanga, I found that in almost every household it is the women who want the males to go out in search of better livelihood as they believe that males being idle choose to spend their time in doing activities like gambling or drinking. Moreover, they choose to stay back as for them staying back is more cost-effective and the sense of familiarity with the neighbourhood (and their own local network) gives them a leverage in accessing employment for themselves in the same neighbourhood.

Calling them ‘left-behind’ women negates their agency in deciding the migration of the male counterparts. Of course, for them the mobility remains limited in nature due to illiteracy and exposure and a lot of times the resistance/claiming of agency is often met with violent and barbaric response. This is especially true for Dalit women who have often been the victims of Brahminical patriarchy as they suffer from multiple axes of oppression which include gender and caste. But does it mean there is no resistance on their part?

According to Scott’s theory of Everyday Forms of Resistance, “resistance exists among all kind of subalterns and it is a matter of the less visible and small actions by subalterns”. In other words, there is a form of resistance that happens at a public front and there is resistance that lies in private sphere, in everyday actions.

The folk songs of Bihar composed and sang by women (not the ones which are performed by males in “first person feminine”) and the paintings (in particular, Mithila paintings) are such response of “Everyday Resistance” to the norms of patriarchy and the perception of women as a victim of patriarchy.

In the folksongs (women’s genres), women are shown to demand sexual autonomy and keep unpacking the behaviour of men and their nature, and in songs on migration such as ‘Jhoomar’ and ‘Jatsaaris’, they are shown to celebrate the life cycle occasions and accepting male migration as the part and parcel of their life. This is in contrast to the general perception that they are always in a lamenting and pleading mode when the males are away from them. 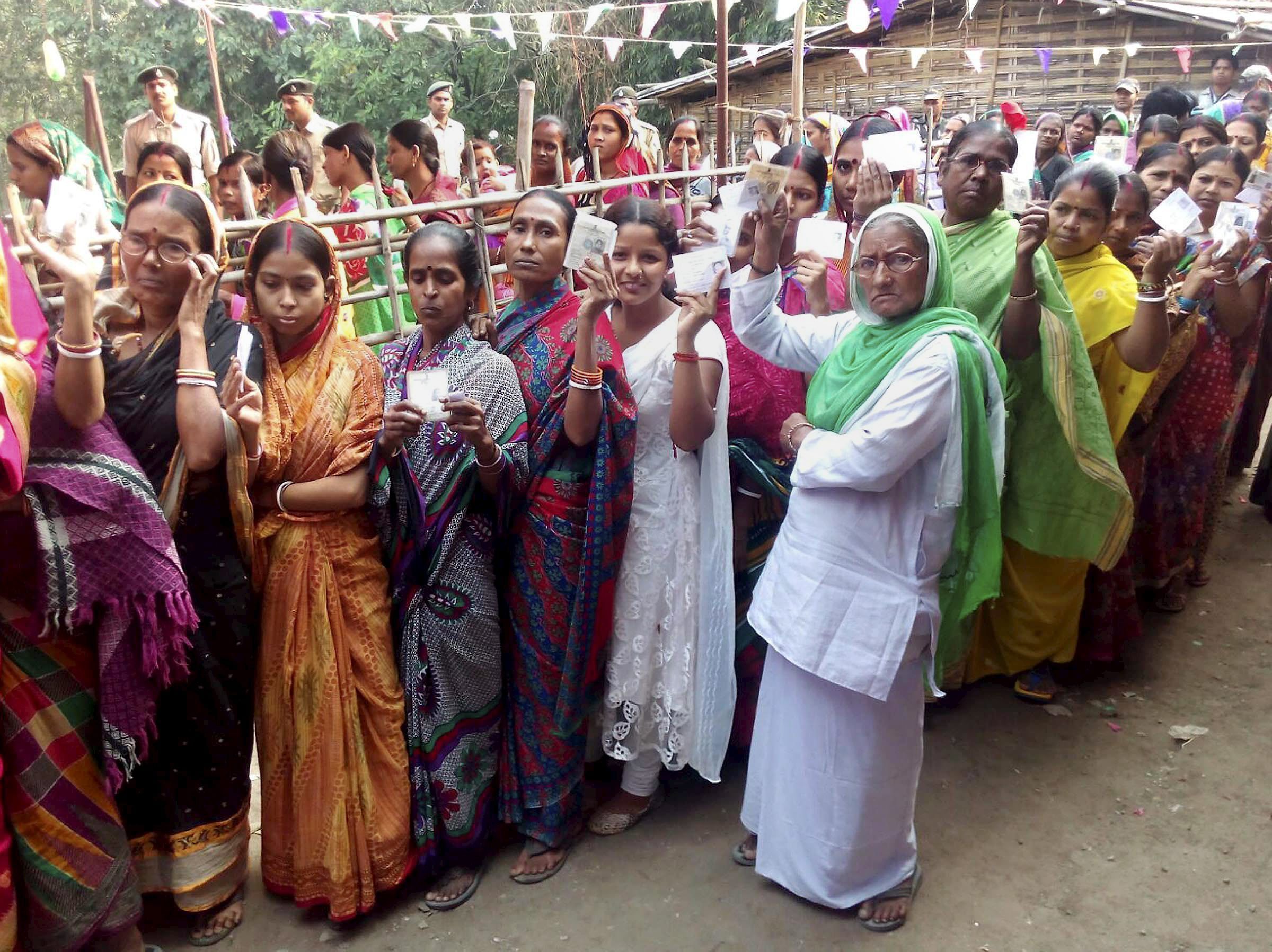 Similarly, the Mithila painting, being mastered almost exclusively by the women, has always represented the women in a powerful fashion and celebrates the femininity of women. Shalinee Kumari’s Women can do everything and Rani Jha’s Breaking through the Curtains are prominent examples wherein the women are shown to assert their subjectivity and autonomy.

In the narration of the empowerment of women of Bihar, the NGOs and the development drives of the government are largely credited for their empowerment in the popular narrative. In this context, it is important to critique the role of NGOs and the ’empowerment’ it seeks to bring about. The modus operandi of the NGOs has largely been to make the women small entrepreneurs by convincing them to make the products which are more palatable to the needs of the market and thus to bring them within the fold of market-led development drive. It doesn’t help women to improve themselves according to their own priorities.

Such neo-liberal agenda of these NGOs and their constant rhetoric of ’empowerment’ suggests that the women themselves, and not the patriarchal fetters, exploitative mode of production and the government, are responsible for their oppression. In other words, the burden is shifted on the women for their own development instead of questioning the fundamental societal structures which inhibit them from actualising themselves.

All of this is not to say that the patriarchy doesn’t rule the roost in the state of Bihar and that the men have stopped exercising dominant control over the family. The idea is not to do chest-thumping and paint a rosy picture of Bihar where there are only few glimmers of hope. The idea is to take note of the changing dynamics as the women grapple with the institutions of patriarchy and not to box them within the narrow idea of being a ‘left-behind women’, a putative inferiority that serves no purpose but to ‘other’ the women of Bihar and to disparage their struggles for emancipation.

Mayank Labh is at NALSAR University of Law, Hyderabad