Hurt, Angst and Struggle: How the Pandemic Impacted Gender-Based Violence in Arunachal Pradesh

In the midst of the modernisation of the frontier state, what is the relevance of cultural continuity in the form of customary laws and practices that deny equality between the sexes? 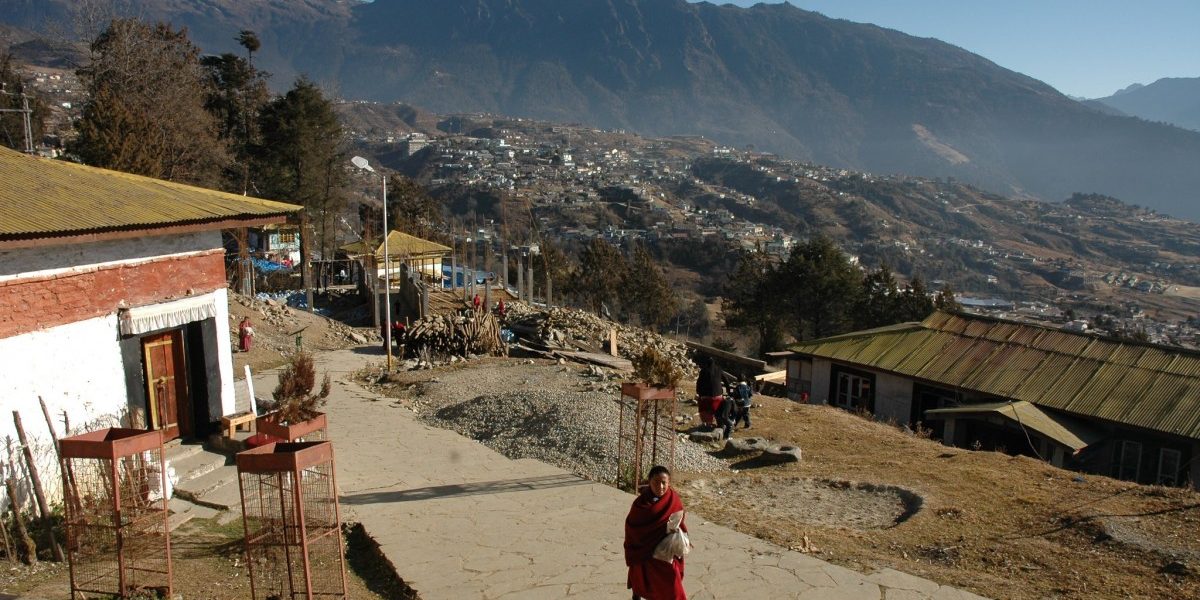 Is there hope for an ethics of storytelling? The year 2020, with its resounding global health crisis, has been catastrophic. And the seemingly inexorable impact of the COVID-19 pandemic on the social, political and economic spheres of life are yet to be fully ascertained.

As the pandemic, vaccine diplomacy and vaccine nationalism continue to evolve at different rates of pace across the globe, researchers have been busy studying the differential impact of the lockdown on women and men. A report by UN Women titled The Shadow Pandemic: Violence Against Women During COVID-19 revealed that the pre-pandemic global reality, where one in three women faced physical and sexual violence from their families or in intimate partner relations, was exacerbated after the first phase of lockdown, when resources and efforts in a few countries were diverted from the violence against women response to immediate COVID-19 relief.

In the Asia-Pacific region, the impact of the lockdown on women has been profound. The recent UN report from existing gender research reveals that the plight of women in the region has become deplorable, to the extent that that the impact of the pandemic and the lockdown will reverberate in women’s lives for years to come. From unequal nutritional patterns to enduring violence both outside and at home, to safety and security issues that may not have been captured in these surveys, women’s lives have drastically changed in the private as well as public sphere.

South Asia, with its diverse ethno-religious demography, home to approximately 1.9 billion people, with half the population living below the poverty line, is a critical geo-political space to investigate the impact of the ongoing pandemic. A report titled Nine Months of COVID-19: The Impact on South Asia, released by the Hudson Institute and co-authored by Husain Haqqani, former Pakistan ambassador to the US, and Aparna Pande, director, Initiative on the Future of India and South Asia, Hudson Institute, added new findings on the impact of COVID-19 to their first report, Crisis from Kolkata to Kabul: COVID-19’s Impact on South Asia, published in May 2020. While the report delineates the existing economic and social realities of the region and how health risks, household responsibilities and job vulnerabilities affect the eight countries within it differently, it is paramount to underscore the absence of the gendered impact of the pandemic and the lockdown in the report.

Reports often capture the impact of the pandemic without taking into account the differential factors of gender, ethnicity, location, religion, caste and class in the access of fundamental human rights. Without the lens of intersectionality, these reports leave out chunks of populations that have been marginalised and ignored by the media and by academic spaces alike. Therefore it is imperative to write about the effects of the lockdown on diverse individuals, communities and economies to better inform policy responses.

While many reports on the increased gender violence in India during the lockdown continue to be produced using data from complaints made to the National Commission for Women (NCW), a negligible number of reports bring such stories from Northeast India. The existing incongruity on the gendered impact of the lockdown on the indigenous population of Northeast India from academic, policy institutions and media reports reveal to me deep political misgivings.

The Northeast Indian region is often at the margins of or is excluded from the three main geopolitical characterisations of South Asia, Southeast Asia and East Asia. Such exclusions not only reinforce the marginalisation of people who live in the so-called border areas of India but also produce a dangerous ‘generalisation of the region’ – an understanding that is based on “conjecture and imagination” as noted by historian Joy Pachuau in her book, Being a Mizo, Identity & Belonging in Northeast India. Conjecture is, by definition, not knowledge. Hence a well-informed study of these ‘tribal regions’ is in fact critical to our historical understanding of the processes of social and cultural change in the country.

Arunachal Pradesh, the erstwhile North East Frontier Agency (NEFA), shares international borders with Bhutan in the west, Myanmar in the east and China in the north. China, often invoking its ‘historic right’ and sovereignty, continues to claim Arunachal as part of South Tibet. Arunachal Pradesh has undergone considerable socio-cultural transformation alongside the introduction of new political and administrative systems since the 1962 India-China war. But it was only in 1973, after it was constituted as a union territory (UT), that the region, for the first time, was conferred with its physical boundaries, complete census data and new nomenclature as Arunachal Pradesh, leading up to its statehood in 1987.

Also read: Decoding the Extent to Which Domestic Violence Is Under-Reported in India

The imagining of nationalism and the project of national integration in this frontier state is believed to have begun during the late prime minister Jawaharlal Nehru’s period with Verrier Elwin, often thought of as the architect of the NEFA philosophy and policy, so much so that Elwin’s 1957 book, A Philosophy for NEFA, was deemed the ‘gospel’ or the guiding philosophy for the frontier state. But in recent times, as seen in the book Verrier Elwin and the  Making of an Anti-Modern Tribal Identity by Archana Prasad, associate professor at the Centre for Jawaharlal Nehru Studies, Jamia Millia Islamia, New Delhi, Elwin’s philosophy has been met with increasing criticism as ‘ecological romanticism’, a critique of his idea of the moral world of tribals.

In all these debates, the nascent frontier state of Arunachal Pradesh and many among the younger generations, like me, are confused, trying to understand the binary limits of the isolation/protection versus intervention/assimilation debate. One such is the idea of cultural continuity as it is, with the customary law. I am a first-generation educated Nyishi woman; my social role and identity is shaped and influenced through a set of uncodified customary laws and any attempt to question it is deemed ‘non-tribal’. Women in the Northeast are often believed to be in a fairly better position than women in the rest of country and I wonder if I must take pride in such a flawed conjecture!

My research, in the form of a two-part series of articles, investigates the gendered implications of institutions such as customary law on women and women’s rights during the 2020 lockdown period in the Papum Pare district of Arunachal Pradesh. The articles attempt to understand the position of Mrs Yaji in society in relation with the Nyishi tribe’s marriage and divorce laws and right to property and her access to law and justice with regard to the already contested domain of customary law. They will reveal how the Nyishi customs and practices shape Yaji’s identity, position, space, desire and daily lived experiences. They will also explore the idea of ‘home’ as her husband walks out on the only ‘agreement’ that kept their marriage intact – his promise to keep his extramarital relations outside their home. The articles will tell of her hurt, angst and struggles in both the private and public space during the pandemic induced lockdown.

The research also aims to implore the important stakeholders in the state such as the lawmakers, human rights organisations, women’s rights based networks and educational researchers and practitioners, to examine the anachronistic nature of the customary law and practices and their relationship to the enduring gender-based violence. Through the tale of Mrs Yaji, a Nyishi woman, I am perhaps attempting as a researcher and a woman to understand my status in my society amidst heightened modernisation and intercultural interactions, but most pertinently, on the relevance of cultural continuity with regard to existing customary laws and practices.

Note: The research for this article was funded and supported by the Zubaan-Sasakawa Peace Foundation Grant for Journalists from the Northeast 2020-2021.

Ngurang Reena is a writer from Arunachal Pradesh and is currently a Doctoral Candidate at the Centre for European Studies, JNU, New Delhi.