Aadhaar Adds to Women's Problems in India. Here's Why.

The imagination that ‘women’s issues’ are discrete concerns that are mutually exclusive to the design, implementation, and assessment of ‘general’ policies is fatally ineffective 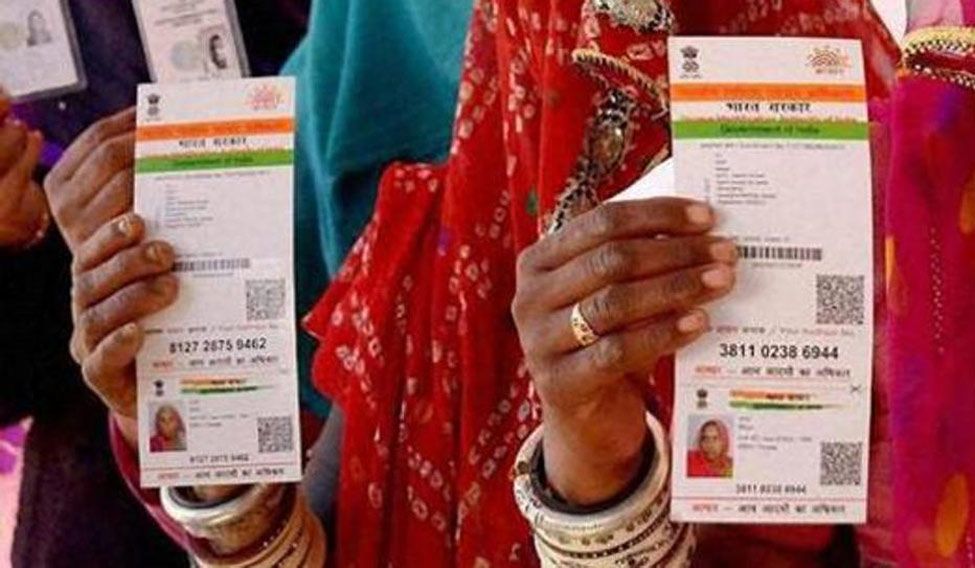 “Aadhaar issues have now been settled. I think now you will see more and more usage of Aadhaar. It will improve the economy and allow people to improve their lives,” said Nandan Nilekani, the architect of Aadhaar, in a recent interview.

Such an overarching term, “Aadhaar issues,” fails to take into cognisance the complexities of mass surveillance and several fundamental and constitutionally guaranteed rights.

Last year, Nilekani claimed that Aadhaar is an assertion of individual identity that has particularly impacted women. He assured that “UIDAI’s continued commitment [is] to evolve solutions that include, not exclude.” The experiences of women with Aadhaar, however, tell a different story altogether.

Also read | Aadhaar: A Primer to Knowing Your Rights

Nilekani’s claims attempt to brush over several issues with Aadhaar, the most appalling of which is the fact that despite being important stakeholders, women and their concerns have never adequately featured in discussions on Aadhaar.

Rani Raj Gond, an elderly woman, leans uncomfortably against the wall of her home in a village in rural Bundelkhand. The left side of her body is paralysed from head to toe. Her left hand hangs limp. Like most women in villages, she too cannot recall her exact age, but says she must have crossed 60 at least 10 years ago. She lives with the family of her eldest son, an occasional marginal farmer and a full-time agricultural labourer. Her daughter-in-law, also an agricultural labourer, looks after her day-to-day needs. Without a very stable source of income, Rani’s old-age pension, however little, was a crucial support. The least that amount did was to ensure that her medical care was not too much of an additional burden on the family. But in the beginning of last year, her pension was stopped.

Two years ago, she was affected with a massive stroke that left her left hand immobile and her fingers numb.

Consequently, she was unable to give fingerprints for the biometrics that are required for her to receive her pension. The family tried twice, and once even managed to get the machine to their house, but as Rani explained sadly while looking at her motionless fingers.“Meri ungli hi nahi chalti (my finger doesn’t move).”

Without the pension, her family struggles. Since the pension was stopped one and a half years ago, she has not received any medical care.

Rani has lived in the village all her life. She is dearly admired by most and well known. Yet now that a machine has failed to authenticate her, she suffers.

The monsoon could be brutal, fears Bimla Bai Lodhi, a woman in her late thirties in rural Bundelkhand. She hurriedly tries to repair her thatched roof, and looks extremely worried. “Life is not too kind to a widow. There’s so much to worry about.” she mutters under her breath. 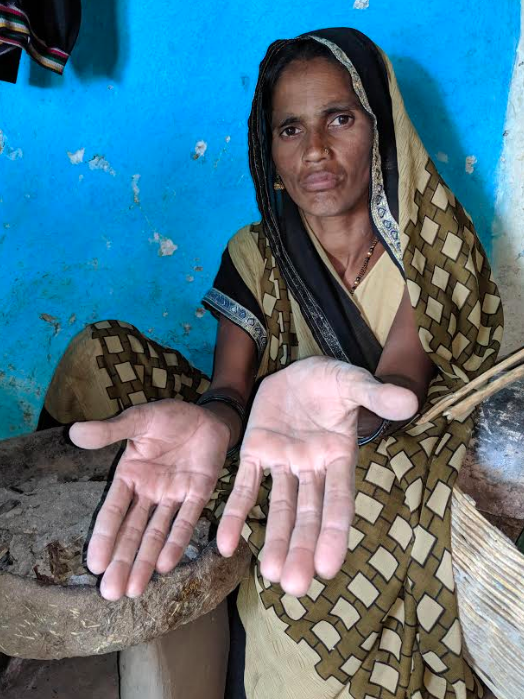 After her husband’s death eight years ago, Bimla has been struggling to make ends meet while raising her two teenage daughters.

She owns barely an acre of non-irrigated land which does not even yield reliable produce. There are limited work opportunities for her in the village, and she stays under circumstances that can best be described as constant mistreatment by in-laws. In these circumstances, Bimla is dependent on government support for her family’s survival.

She is entitled to 15 kg of grains for her family of three. She used to walk to the local Public Distribution System shop to collect her monthly ration supply.

In March, however, she returned empty handed. She somehow managed that month, thinking it could have been a “technical” problem. The next month, again, she could not get her rations. The machine refused to register her thumbprints anymore. “They said there is some linking problem,” she added.

With no information on whom to report such cases to, Bimla has no option but to buy rations at non-subsidised rates. For her, this is an enormous ordeal and with no support, Bimla is not sure how long she can manage to feed her family.

At around eight in the morning, the children in Sarvodaya Kanya Vidyalaya of Malka Ganj in North Delhi stand in neatly arranged queues to sing their morning prayers. Anjali Kumari, a young woman of 17 years, knows all the prayers by heart, and hums them while she walks right past the school everyday. She works as a domestic help in the houses nearby. “That could have been my school, but it isn’t,” she says. Not having an Aadhaar card has made her a dropout.

Many years ago, her parents had to move to Delhi to search for a livelihood in the city, and she was left behind with her grandmother in Nalanda district of Bihar. Not many girls in the neighbourhood were sent to school, but Anjali was adamant. “I kept myself busy with Maths, my favourite subject,” she recalls. She studied till Class 7 in a government school, before her parents got her to the city.

Her Aadhaar card was lost in transit.

The authorities in the school refused to enrol her. Anjali was disheartened. She wanted to go to school, study and make friends – like the other children. Her parents pleaded at another school in Shakti Nagar, too. The authorities, however, only repeated the “no Aadhaar, no enrolment” line.

Her parents work in a kabadi bazaar and occasionally, as daily wage labourers. Despite their difficulties, they ran from pillar to post to get a copy of Anjali’s Aadhaar card made or to even to have her re-enrol for Aadhaar. “Some people charged money, but never really got back after that,” says Anjali.

Three years have passed. Anjali works double shifts in three houses, nearly seven hours daily. She also works at a laundry service for additional cash. She counts her wages repeatedly, as it helps her remember her long lost love for Maths. “I still don’t understand why that document is so important,” she says and laughs.

For Rani, Bimla and Anjali, not only has Aadhaar not eased their lives, instead it has further constrained their access to essentials like nutrition, health, and education and a right to life with dignity.

Also read | Aadhaar Amendment Bill: Is Expanding the Use of UID Legally Sustainable?

The government’s own surveys have repeatedly indicated their vulnerable position. The findings from the latest National Family and Health Survey show that more than half of women aged between 15 and 49 are anaemic, only one third of women aged 15 to 49 have completed more than 10 years of education, and about two-thirds of women in this age group report at least one problem in accessing medical care.

The imagination that ‘women’s issues’ are discrete concerns that are mutually exclusive to the design, implementation, and assessment of ‘general’ policies is fatally ineffective, and has unfortunately existed in most policy debates in India.

There is no milder way to state that Aadhaar issues are women’s issues too. With the existing abysmal gender inequity, the emergence of Aadhaar as a doorkeeper to welfare schemes and entitlements has only exacerbated women’s problems further.

Disturbingly, Aadhaar has become a burden for maternity entitlements of pregnant and lactating women recently after the introduction of Pradhan Mantri Matritva Vandana Yojna – the Central government’s maternity benefit scheme that excludes more women than it covers.

It has also disallowed access to healthcare for pregnant women for delivery and even for cases of termination of pregnancy. The dangerous proposals to link reproductive healthcare services with Aadhaar are “in direct violation of a female’s right to decisional privacy with regard to their own body”.

It is time call out Aadhaar and the larger project of ‘Digital India’ for its severe gender incomprehension. In the name of data-driven development, Aadhaar has become an additional structure for oppression and exclusion of women as well as of marginalised communities in India.

Their experiences must be strongly and urgently brought to the centrestage to reassess the hurried celebrations of Aadhaar’s successes.

Kanika Sharma is a researcher focusing on social inequalities in health in India. Sweta Dash is pursuing a master’s degree in Gender Studies from Ambedkar University, Delhi and is associated with the Right to Food campaign.