Kappan's counsel, Harris Beeran, says the charge sheet against him is 'hollow and weak', accusing authorities of deliberately findings ways to keep him in jail for longer. 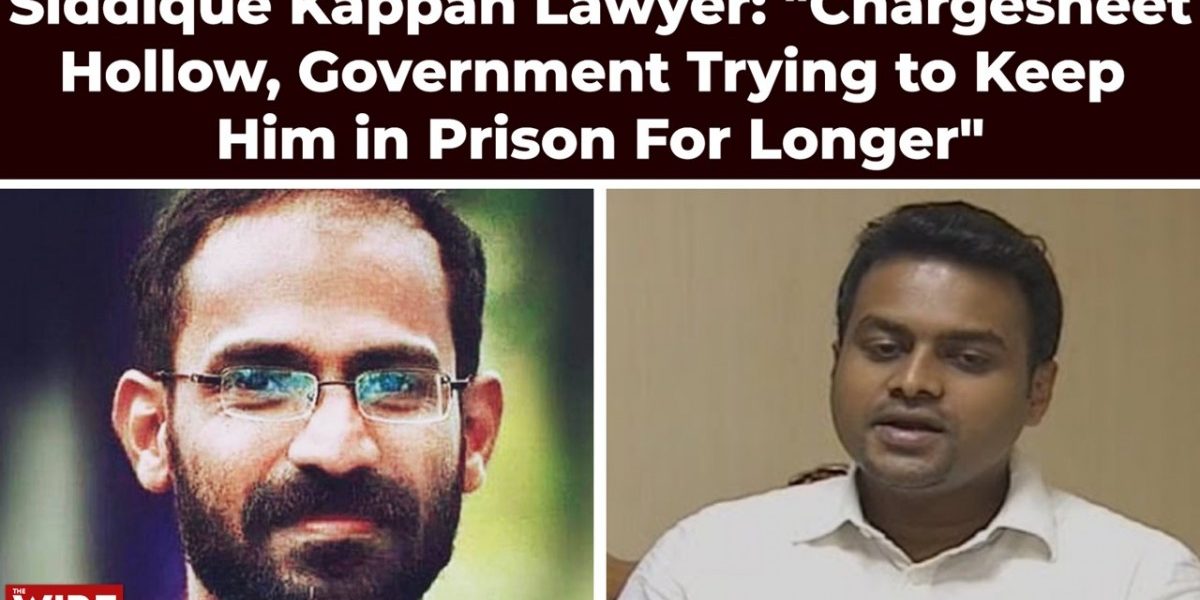 Journalist Siddique Kappan was granted bail by the Supreme Court on September 9 in the Unlawful Activities (Prevention) Act [UAPA] case linked to the Hathras ‘conspiracy’ case. Yet, he can’t walk out the jail due to a separate case booked against him and his arrest recorded under the Prevention of Money Laundering Act (PMLA).

Kappan’s counsel, Harris Beeran, says Kappan can only walk out of jail only after he is granted bail in the PMLA case too. A bail application in this regard is under consideration before PMLA court, Lucknow. His bail plea will come up for hearing on September 19.

Beeran says the Uttar Pradesh government is deliberately finding ways to keep him longer in jail since charge sheet is “weak and hollow”, ultimately leading to his acquittal. It has been two years since his arrest, but the prosecution has not been able to frame charges, he adds.