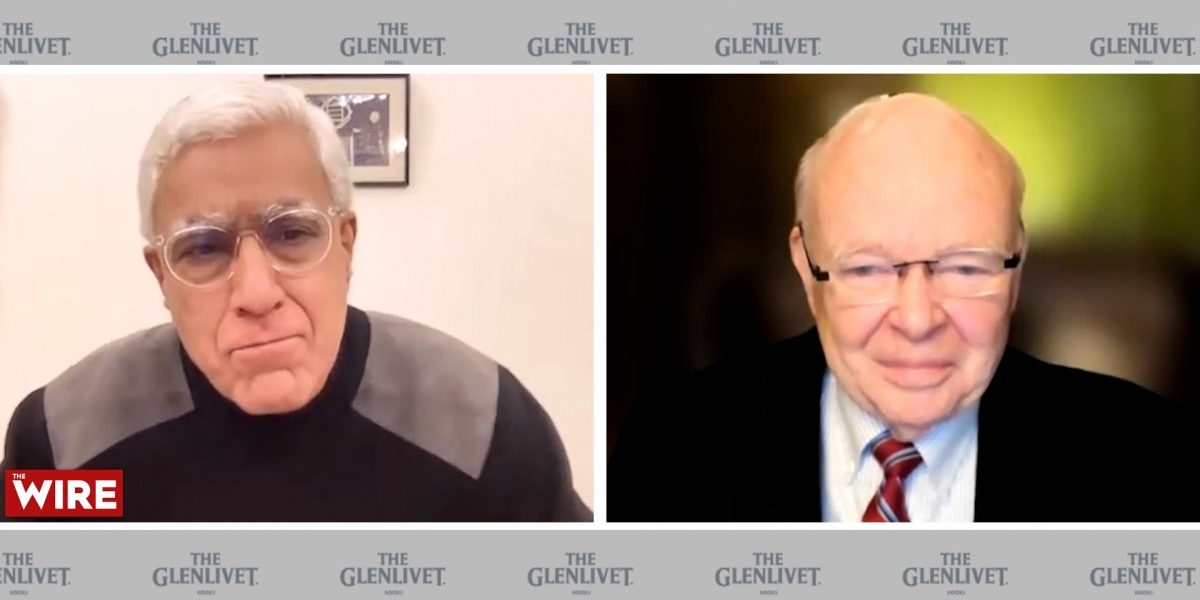 One week after briefing the US Congress, where he warned “genocide could very well happen in India”, Gregory Stanton, the founding president of Genocide Watch, has said he’s asked “the US Congress to pass a resolution that warns genocide should not be allowed to occur in India”. Stanton also said: “(President Joe) Biden should tell (Prime Minister Narendra) Modi if genocide occurs it will require us to re-assess all our relations with India.”

In a 28-minute interview with Karan Thapar for The Wire, Stanton said that although his organisation, Genocide Watch, does not rank countries, the US Holocaust Memorial Museum believes that, after Pakistan, India is the second most likely country for a genocide to happen.

In the interview, Stanton said “the early warning signs of (genocide) are present in India.” Referring to Genocide Watch’s ’10 stages of genocide’, he said several of them had been fulfilled in India. The ones he identified are classification (distinguishing between people as us and them and othering them), symbolisation (identifying people by the clothes they wear or calling them abba jaan), discrimination (the Citizenship Amendment Act), dehumanisation (calling them termites and telling them to go to Pakistan) and polarisation (accusing them of ‘love jihad’ and discriminatory laws against inter-marriage). On top of all this, he said there have been actual calls for genocide which, he added, is akin to genocide under the Genocide Convention, to which India is a signatory.

Stanton said “just because a country is a democracy it’s not impossible for a genocide to happen” and cited the US’s own example where, he said, genocide has been carried out against native Americans and also against African Americans.

He said whilst it’s not his case that genocide is happening in India at the moment, his fear is that the stages that lead to genocide, what he calls the early warning signs, have occurred. “Genocide is not an event, it’s a process. It develops,” he said.

Stanton said if genocide happens “it won’t be the state but mobs that will carry it out.”

Speaking specifically about Prime Minister Modi, Stanton said he has told the US Congress that he believes the Modi encouraged the 2002 massacre and has also used anti-Muslim rhetoric to build his political base. “He has a record (and) he has to answer,” he said. “He needs to be accountable.”

Speaking about the prime minister’s silence – a month has passed since the Dharma Sansad was held in Haridwar – Stanton said: “He is the prime minister of India. He is the leader of the country. He has a moral obligation to denounce hate speech.” He added, “Leaders have a responsibility to not remain silent.”

Asked by The Wire how he interprets Modi’s silence, Stanton quoted Martin Luther King Jr, who said, “We will know who is against us not by what they are saying but by their silence.”

Asked if he was saying Modi’s silence damns him, Stanton replied: “It sure does.”

In 1989, Stanton forewarned the president of Rwanda that maintaining ethnicity on identity cards would ensure genocide occurs. Five years later, that is precisely what happened. In the interview, Stanton gives details of the warning he gave the Rwanda government and the president’s response.

The above is a paraphrased precis of Gregory Stanton’s interview with Karan Thapar for The Wire. Although recounted from memory, it is not inaccurate. However, please see the full interview for a better understanding of Stanton’s views and arguments.