Pulapre Balakrishnan, professor of economics at Ashoka University, focuses on the lack of a clear roadmap to the $5 trillion economic aspirations of the government. 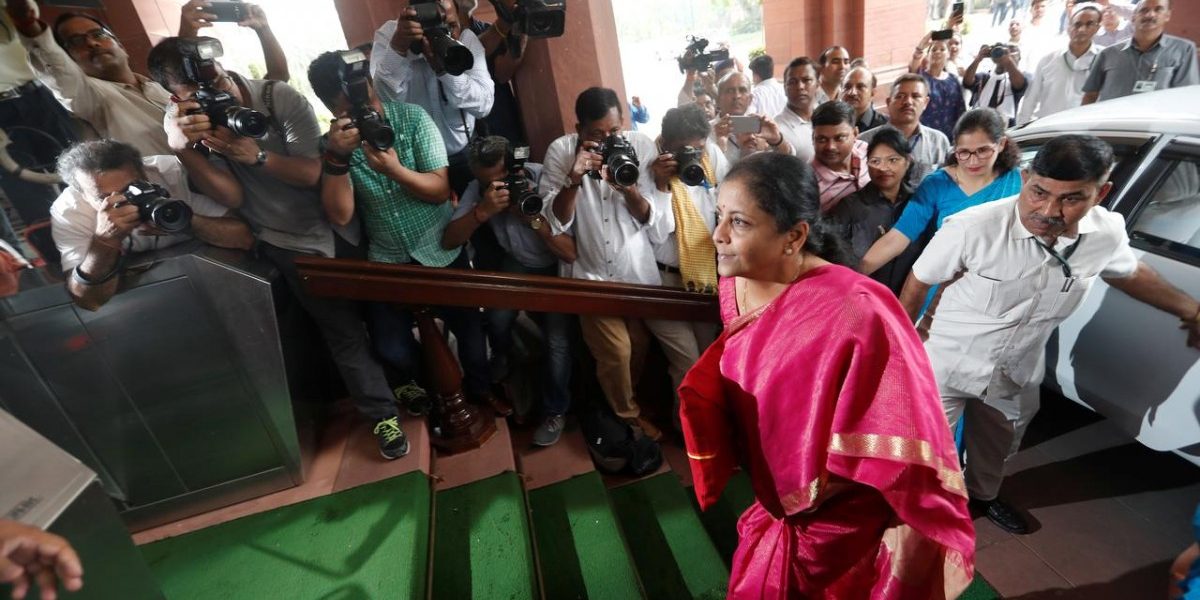 So this is a Budget we and the country itself have all been looking forward to because it’s the first budget that was being presented by a woman finance minister – and in some ways, we are not disappointed. I mean there is a womanly touch in many places and I would say two things: one, the even-handedness with which the economy has been approached and two, the eye for detail – you can see at every point in the speech.

The speech itself was a little longer than usual and I would say a bit unusual in focusing a little too much on the achievements of the first term of this government. Of course, all politicians and parties are, but this seemed a little excessive. Too much of the Budget speech was spent on actually highlighting the achievements of this government 2014 into 2019. But be that as it may, let me start by pointing out what I thought were significantly positive aspects of this Budget.

Infusion of capital to the banking sector

The first is the infusion of capital to the banking sector – this is impressive. Some may think that Rs 70,000 crores is not enough, but it’s still a very large sum of money, and Nirmala Sitharaman has certainly put her finger on one of the nerve centres of the economy and one of the sectors which is really contributing to the current state of affairs, this sclerosis so to speak. So I think that’s a good thing.

We’re also told that the capital infusion will go with governance reforms, in particular in the public sector bank. We don’t know what those governmental reforms are going to be so we have to wait and see, but it is correct that you should have governance reforms otherwise there’s no point in putting this money, and we’d probably be doing it again five years down the road.

Also read | Backstory: The Sound And Light Show That Was Budget 2019

So the capital infusion to the public sector banks is one thing, and a part of this approach to dealing with the financial situation is that she has also allowed the public sector banks to buy stake in NBFCs, or rather purchase some of the financial paper of the NBFCs so that they themselves can be  given some capital infusion. So this is very imaginative and I think it’s a very good thing and an important takeaway from the Budget.

What are some of the other points, the first, of course, is the planning to ensure that every rural household in India will have electricity by 2022, unless it’s unwilling to actually take a connection – these are the finance minister’s words – and this has been combined to reach clean cooking fuel to all households.

This has already been part of the Narendra Modi government’s schemes, but Nirmala Sitharaman seems to have clinched it by ensuring that almost every household in rural India will have this – so that’s the first thing that’s very important.

The second is the attention to water. We already have a Jal Shakti ministry which has been formed by the prime minister, but in addition, Nirmala Sitharaman has announced schemes for water conservation, for the possible reuse of household wastewater for agricultural purposes, recharging of wells etc.

The fourth is the encouragement of solar power, again especially in rural India, but all over India the phasing out the possibility of bulbs, and including CFL lamps and replacing completely by LED with a view to reducing pollution.

And finally, in the area of taxation, most of the provisions are in the nature of easing of tax administration, making compliance easier. This, for the individual and for the SME sector with the proposed streamlining of GST where you need to file less frequent returns. In the case of an individual, income tax scrutiny will now take place purely through an electronic medium. There will be no interface whatsoever and the scope for human intervention in the settlement of income tax cases is almost entirely eliminated. This is very impressive and I’m not speaking much about the raising of the tax limit etc. exemption limit, about which much has probably been talked about in the media already.

So apart from the capital infusion, all of these are welfare measures, and there’s absolutely nothing wrong about that. I think the finance minister herself said that the purpose of an economy is to ease our living, though of course, almost all the ease of living provisions she made were really in the form of ease of doing business. Ease of living should also be seen as infrastructure, urban infrastructures, sidewalk, parks etc, on which little has been said, but nevertheless, clearly there’s a stamp of welfare about these measures and possibly of a woman finance minister, other than again capital infusion.

Where I think the budget fails is to show a path to the other aspirations of the finance minister and her government. She has repeated what Prime Minister Modi said about ten days ago in the first meeting of the GST Council after the elections, that the intention of the government is to raise India to be a $5 trillion economy by 2024.

Now the finance minister mentioned that we are at $3 trillion at the moment and, therefore, we are talking of almost doubling India’s national income in the next five years. If that is the ambition, then I think the Budget has not shown us a roadmap.

Now, in the present situation where we have been seeing declining investment for the past five years – especially in the private sector – promises or statement of the goal of a $5 trillion economy seems a little shaky, without any mention where the investment is going to come from.

I would have thought that under the present circumstances, this investment should have come from the public investment, but the finance minister has several times spoken about a minimum government in her own Budget speech, so it’s very unlikely that there is any step up in public investment that is imagined.

In her final statement, she mentioned that the fiscal deficit has been lowered marginally to 3.3% of the GDP as in line with the glide map of fiscal adjustment.

I don’t think there is going to be any major rise in public investment, so from that point of view, I would be highly sceptical of the idea that India can reach $5 trillion by 2024 on the basis of this economic policy. So far, I don’t think the Budget has given any push to the economy in that direction.

Now along with the proposed or aspiration of India moving to $5 trillion economy is also the Make in India proposal, which is not new – it’s already been as part of the prime minister’s programme for the past five years.

I repeat, the private investment as a whole declined in India over the past five years – though most pronouncedly in the SMAC sector. The corporate investment probably broadly held as a share of GDP, but certainly showed no dramatic increase despite the improvement in the ease of doing business in the index etc.

Also read | Budget 2019 Reeks of a Lack of Real Ambition

So, on these two matters, which is once again taken India to $5 trillion and the Make in India programme, the government shows no roadmap.  The route to this would be through investment – there’s no reason to believe that what the Budget has proposed will necessarily bring in that investment.

It’s also kind of interesting that the Make in India programme has been given a thrust via raising tariffs, which is kind of unusual and goes against what has been attempted in India for the past 25 years. There have been tariff increases and decreases – these not are fully aligned in my view because there have been increases and decreases on raw material, which makes you believe that some of this may have been influenced by lobbies, presumably not but it’s possible theoretically.

Finally, I want to conclude by saying that what makes a budget welfarist as opposed to being purely concerned with welfare is in terms of its approach to what has been referred to as agrarian distress in the past two or three years. There is no specific allocation made for agriculture or particular schemes – though water schemes are important.

I would have thought there were two things the government could have emphasised in the agriculture sector as far as production is concerned is capital investment, especially public investment, to make Indian agriculture drought-free or drought-resistant at least if not entirely drought-free – that has not been there.

The government seems to believe – it seems to me – that the Pradhan Mantri Kisan Nidhi, which it had announced just before the elections, is sufficient and which has just now expanded – all of which requires a great deal of the public’s funds leaving less for public investment, which I think is disturbing.

Finally, which I think could be done in the agriculture sector that has been flagged for some time and is not particularly a novel point, is that we should have strengthened our extension system. Farmers seem … of course, there is access to WhatsApp groups and the rest of it but I think you need to have an extension officer in every Krishi Vigyan. Kendra and the extension service should be much more robust than they are.

So once again an interesting budget from India’s first female finance minister from its detail and some even-handedness. I didn’t clarify what I meant by even-handedness when I first meant it, she starts off by talking about the manufacturing and the global economy and India’s need to integrate with it – and just when you thought she may be giving too much attention to manufacturing and finance, she moves on to talk about grahmin India, which is basically about the agriculture sector. Then she went to talk about shehri India, which is about urban India and the ease of living in urban India and what the government could do to promote it. She then talked about the youth of India so there is a certain even-handedness.

Much has been covered and there is great attention to detail, however, the roadmap to the $5 trillion economic aspirations of the government and the not-so-successful Make in India programme of Modi’s first term has not really been addressed in any serious way.