Analyst Paikiasothy Saravanamuttu tells Karan Thapar that the Sri Lankan peoples' belief in democracy remains intact and will be proven whenever the country has an opportunity to hold early elections. 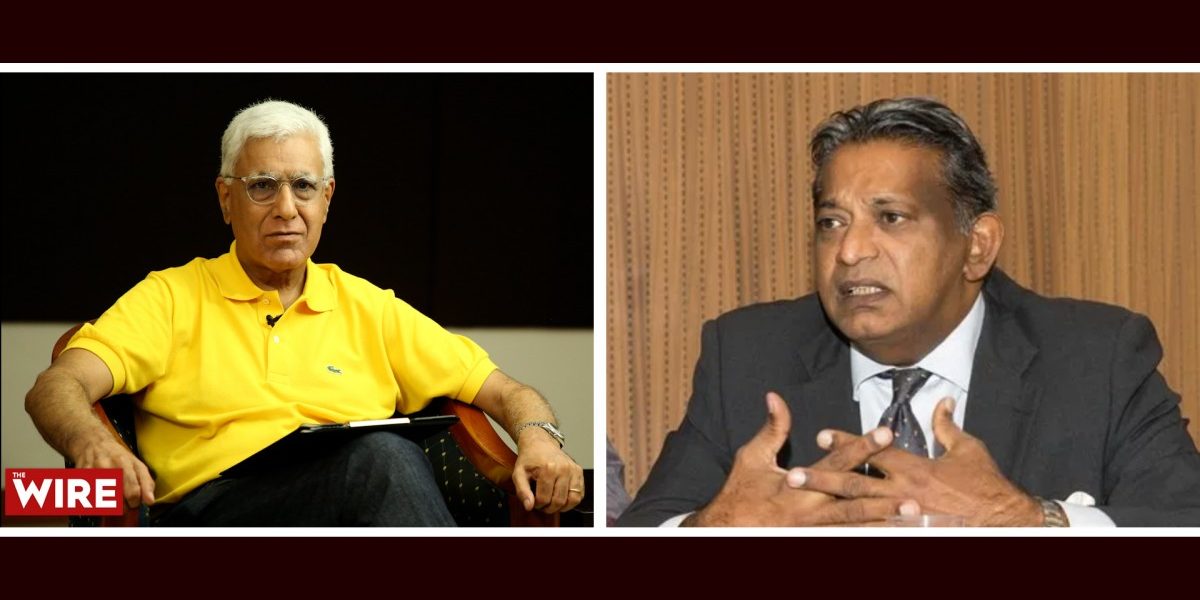 Paikiasothy Saravanamuttu, one of Sri Lanka’s most highly regarded political analysts, says the county is experiencing “a peaceful non-violent expression of people’s power”. He said the situation is similar to the people’s power revolution witnessed in the Philippines in 1986 when Ferdinand Marcos was driven from office and replaced by Corazon Aquino.

However, Saravanamuttu is particularly concerned by the fact that President Gotabaya Rajapaksa has only, although on two occasions, verbally said he will resign on July 13 but so far has not sent his resignation in writing to the speaker, which would formalise it. Worrying and disturbing doubts, therefore, continue about the president’s intentions. It’s even possible that he may choose to leave the country, from his present hiding-place at Katunayaka Air Base near Bandaranaike International Airport, claiming he is going abroad for medical treatment and appointing a caretaker president in his place. However, Saravanamuttu adds, that would not be acceptable to the protestors. They want nothing less than Rajapaksa’s complete resignation as well as that of the present Prime Minister Ranil Wickremesinghe.

In a 25-minute interview with Karan Thapar for The Wire, Saravanamuttu, who is executive director of Sri Lanka’s Centre for Policy Alternatives, said it’s not clear who will succeed Rajapaksa as president in the event he resigns. There’s speculation it could be the Leader of the largest opposition party, Sajith Premadasa, himself the son of a former president, whose SJB party has only around 50 seats. He would, therefore, need the support of breakaway factions of the Rajapaksa’s SLPP party, which has a majority on its own in the Sri Lankan Parliament. Another possibility being speculated is that Premadasa could be elected president by July 20, if the present timetable laid down by the speaker of the Sri Lankan assembly is followed, with a dissident member of the SLPP as prime minister.

However, because of the uncertainty and the lack of obvious and clear-cut choices for the new president, Saravanamuttu agrees that there’s a danger the government could completely collapse without any coherent replacement, thus pushing the country towards political anarchy. In that event, one cannot completely rule out the possibility of a military takeover. Already, the Sri Lankan Army Chief has taken the unusual step of calling for calm and peace, which some have interpreted as a possible indication that he might harbour Bonapartist tendencies.

Asked about the widespread belief, after Saturday’s scenes when thousands stormed the President’s Palace, his Secretariat and the Prime Minister’s House and later, in the evening, set fire to the Prime Minister’s personal home, that Sri Lankans appear to have lost faith in both politics and politicians, Saravanamuttu said he believes their faith in democracy remains intact and will be proven whenever the country has an opportunity to hold early elections to elect a proper full-term government.

However, Saravanamuttu said what is undeniable is that Sri Lanka has “lost a decade”. He said whilst it’s possible to look down the road for up to a month or so, it’s not feasible or credible to try and look further and speak about what sort of country Sri Lanka will be six months from now, leave aside a year.