Watch | 'Some Judges Seem Afraid to Give Judgments That Will Upset Govt': Prashant Bhushan

In an interview to Arfa Khanum Sherwani, the lawyer says he will pay the Re 1 fine imposed by the Supreme Court 'under protest'. 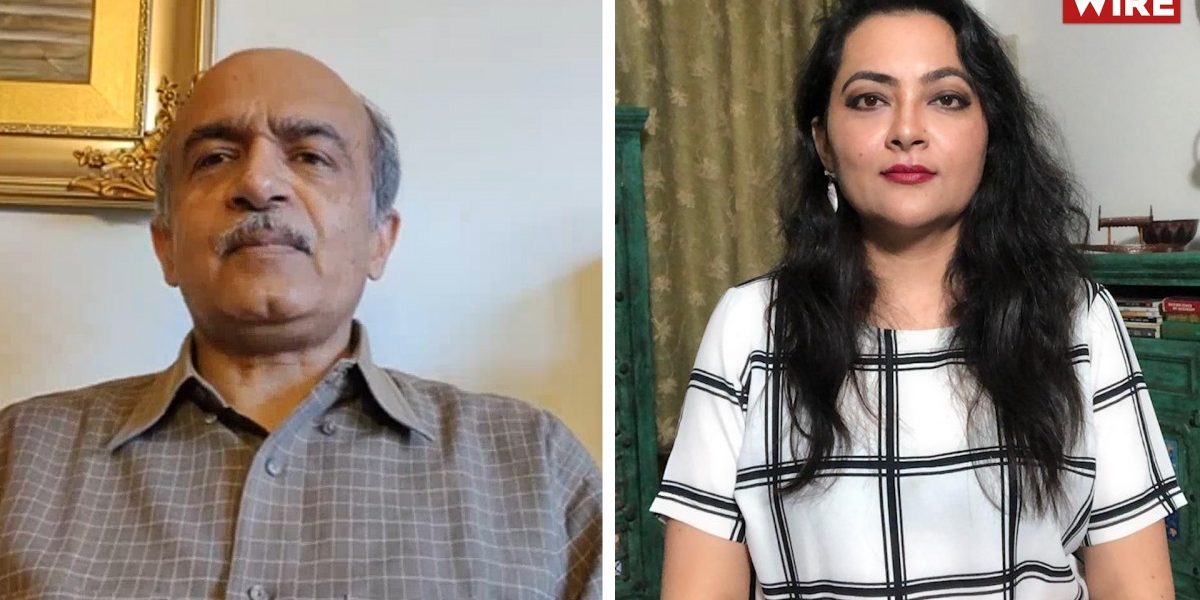 Lawyer Prashant Bhushan was on Monday fined Re 1 after the Supreme Court found him guilty of contempt of court for two tweets criticising the Supreme Court and the chief justice of India and their alleged role in the ‘destruction’ of democracy. While Bhushan says he will pay the fine, he has also reserved the right to review the verdict.

In what appears to be a refusal to restrain his criticism of the court, the lawyer-advocate told The Wire‘s Arfa Khanum Sherwani that some judges are seemingly ‘afraid’ of pronouncing judgments that may upset the government. To see what Bhushan thinks about the apex court’s judgment in his case and the way the court is functioning, watch the video.