Watch | COVID-19 Surge: Need To Limit, if Not Rule Out, Large Indoor Events

In an interview to The Wire, professor Ashish Jha says this year’s growth data compared to that of the first spike last year shows “the speed of growth is faster”. 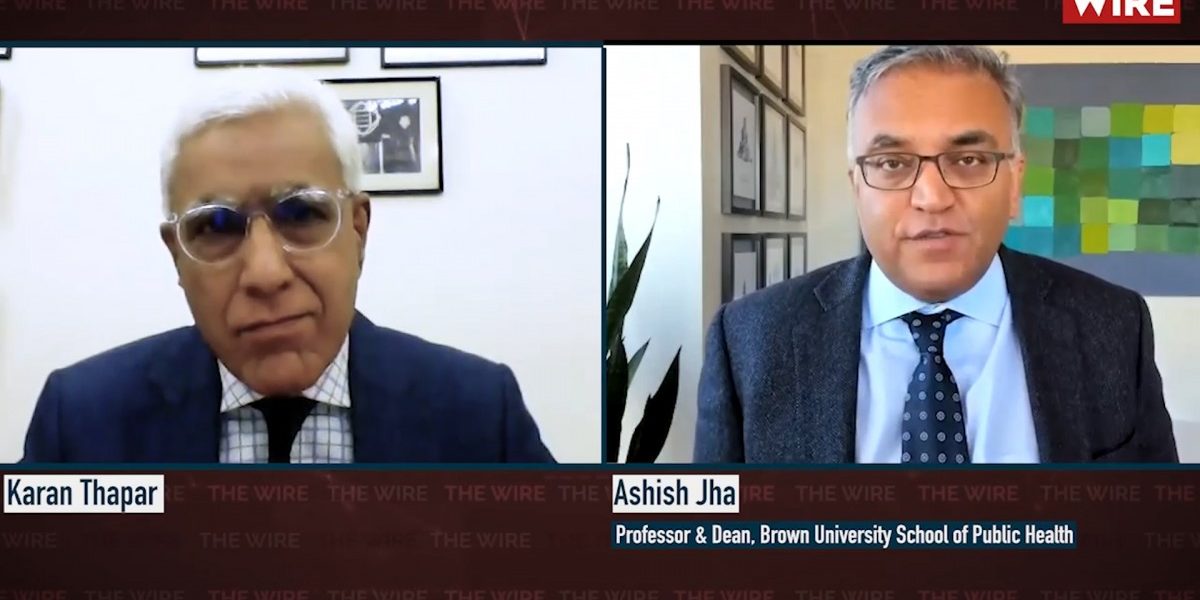 One of the world’s most highly regarded public health experts has said that he fears the second coronavirus spike in India could be worse than the first. Professor Ashish Jha says: “This is a concerning situation. The speed at which infections are rising suggests exponential growth, particularly in Maharashtra”. He says this year’s growth data compared to that of the first spike last year shows “the speed of growth is faster”. In the US and Europe, second waves were uniformly worse than the first. India seems to be following suit.

In a 35-minute interview to Karan Thapar for The Wire, professor Jha, who is the dean of the Brown University School of Public Health and before that was professor of global health at Harvard University, told The Wire that India’s genome sequencing “is woefully too little”. The government has confirmed that India has only done 11,064 cases of genome sequencing which has been calculated as 0.1% of the total cases in India. Jha said “5% is the right number” and added “0.1% is way off”.

In the interview, Jha spoke in detail about the “double mutant strain” discovered in Maharashtra. The government has confirmed that 15-20% samples from Maharashtra sent for genome sequencing are of this strain. Jha explained to The Wire that there are two types of mutations. First, mutations that make the virus more infectious and, second, mutations that make the virus better at escaping vaccines and immunity. Jha said if the double mutant has both these “it would be very worrying and very concerning”.

Although we only have limited information about the double mutation strain, Jha said we need to urgently investigate further to establish whether the two vaccines used in India are effective against it. He said his concern is that Covishield, which is the main vaccine in India, does not seem to work well against the South African variant. It is, therefore, theoretically possible it may not work well against the double mutant strain.

Jha told The Wire that India should not take much comfort from the fact that so far in the second coronavirus surge, the incidents of severe illness and death are considerably lower than the first spike. As he explained, at the moment, the surge is infecting younger people in larger proportions than the first. However, after a lag of a couple of weeks, many of them are likely to infect the elderly members of their family. When that happens, after a further lag of a couple of weeks, serious illness and deaths will go up. He warned India “must not lull itself” with false beliefs.

Asked what advice he would give the government in tackling the second surge, Jha particularly stressed on the need to limit, if not completely rule out, large events held indoors. As he put it: “The virus spreads when people gather indoors without masks. That’s when most spread happens. Therefore, large gatherings indoors are very risky. Without masks they are extremely risky”. Jha’s advice was to restrict indoor activity and, in particular, weddings. He specifically said indoor weddings should be banned in Maharashtra.

However, Jha said he would not advise a national lockdown. He says “they are too aggressive”. Instead, he said, local lockdowns could be considered.

Asked about the fiercely fought election campaigns in West Bengal, Tamil Nadu, Kerala, Assam and Pondicherry and the shahi snans beginning in April at the Haridwar Kumbh Mela, where tens if not hundreds of thousands will gather without social distancing, Jha said “everyone must wear a mask at rallies or snans”.

Jha also advised the government to substantially ramp up vaccinations. He specifically said it should “launch a campaign to build more confidence in vaccines”.

In the interview, Jha also spoke briefly about the coronavirus situation in the rest of the world.

Speaking first of the US, he said he was “particularly concerned about the next month or six weeks”. The number of cases could rise substantially during this period. However, he pointed out that he is not worried about deaths and hospitalisation. This is because the number of people who have already been vaccinated and the speed at which that is increasing in the US. Already, around 145 million people have got jabs and, he said, the number is increasing by 1% of the US population every day. 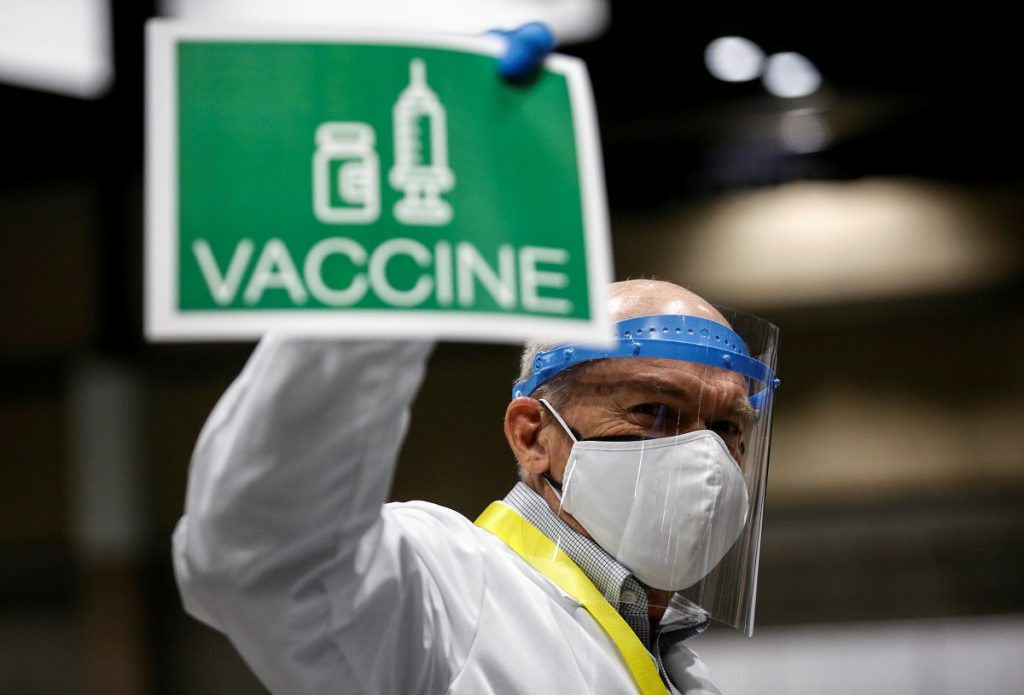 A doctor holds up a sign to signal his station needs more vaccine doses in Seattle, Washington, US. Photo: REUTERS/Lindsey Wasson

Speaking about Europe, Jha said the difference between the UK and the rest of the continent is substantially explained both by higher levels of vaccine hesitancy in mainland Europe and the fact that the European Union was slow in making arrangement to acquire vaccines. The UK – alongside the US – was quick off the mark and is today benefitting with a far higher level of vaccination.

Speaking about the fact the year began with vaccines rolling out and many believing that we were poised to beat the virus, Jha said three months later it does seem as if that optimism was a little premature. He said: “There was a sense we had beaten the virus and the pandemic was over and that caught us flat-footed”.

Finally, Jha said he was concerned that not enough is being done to get vaccines to poorer countries in Asia and Africa. At some point, possibly this year, Europe and the US could be fully vaccinated but in the rest of the world, the disease will still remain a potent threat. Jha said not only does this raise ethical and moral problems but the virus does not respect borders and can travel back and the spread can restart in Europe and the US.

More importantly, Jha said if the virus keeps circulating, the chances of new and worrying mutations happening will keep increasing. It’s possible that such mutations could lead to a strain that is vaccine-immune and if that happens, the security that the US and Europe believe they have achieved will have been lost. Therefore, it’s essential that everyone all over the world is vaccinated as quickly as possible.

As he put it, “No one is safe until everyone is safe”.

The above is a paraphrased precis of professor Ashish Jha’s interview to Karan Thapar for The Wire. Although recounted from memory, it is not inaccurate. However, please see the full interview for a better understanding of Jha’s arguments. He is a fascinating speaker, easy to follow and full of rich details. There are very few people better than him at explaining things, particularly technical or complicated issues.