Watch | 'Must Follow Collegium System Until Something Acceptable Replaces It': Ex-CJI Lalit 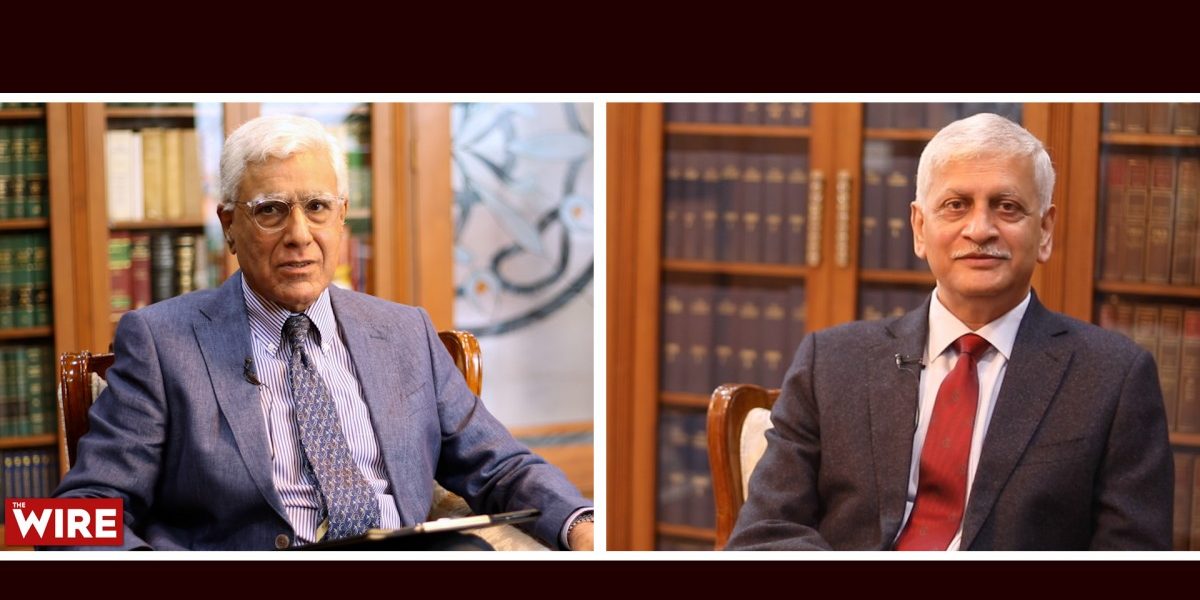 In an incisive and rigorous interview, which is extremely informative and revealing, the former Chief Justice of India, Justice Uday Umesh Lalit, who retired on November 8, has discussed at length two key questions: Is the Collegium System of appointing judges perfect, or does it need to be scrapped? And do the Chief Justice of India’s powers as a master of the roster need to be reviewed and exercised in consultation with other judges?

Finally, if the Collegium is deemed to be perfect – which is Justice Lalit’s belief – the Supreme Court must fulfill all its requirements with clarity and, if necessary, toughness, and this includes insisting that names reiterated for a second time are accepted by the government.

In part two, the interview explores a range of concerns to do with the way Chief Justices of the Supreme Court have exercised their powers as Masters of the Roster. These powers are the right to decide which cases are heard or not heard, the size of the bench as well as its composition. It’s been alleged these powers have been used in the recent past to benefit the government, to benefit chief justices themselves and sometimes to deny citizens of India their habeas corpus rights.

These powers have also been used to delay hearing cases that are critical to India’s democracy such as the Article 370 case, Citizenship Amendment Act and Electoral Bonds.

Since this is a very important interview where Justice Lalit has spoken freely, frankly and extensively and I do not want to run the risk of misrepresenting his views by abbreviating them in a precis or by paraphrasing or by selectively presenting them, I have, instead, chosen to give you the full list of the main questions asked and leave you to watch the interview and thus find out his answers.

Beyond the headline, I am deliberately not revealing anything else he has said. However, the questions will give you a very clear idea of the content and also the manner in which the discussion developed. But you will have to see the interview to discover what Justice Lalit said.

Let me end by saying this is one of the most important interviews I have done.

Here are the questions:

1. In a series of recent interviews you have described the Collegium System as “perfect”. In which case how would you describe and characterize the system that operated before 1993 when appointments were made by the President in consultation with judges of the Supreme Court? Some of the most eminent judges India has known were appointed by that system, including the present Chief Justice’s father who was the longest serving chief justice.

3. How can the Collegium System be considered part of the basic structure when the word Collegium doesn’t appear in the Collegium and, secondly, it was created by judges who decided that the word consultation in Article 124 (2) actually means concurrence. The truth is it doesn’t and you only have to consult a dictionary to realise the two words have different meanings:

4. I don’t mean to be offensive but how do you respond to the view the Supreme Court’s decision to interpret consultation as concurrence is a bit like Humpty Dumpty saying “when I use a word it means just what I choose it to mean, neither more nor less”?

5. Alright let’s come back to your position that the Collegium System is perfect. Let me quote what Justice Chelameswar wrote in his dissenting judgment when the National Judicial Appointments Commission was struck down – “proceedings of the Collegium were absolutely opaque and inaccessible both to the public and history”. And even Justice Kurian, who opposed the NJAC, said “Collegium System lacks transparency, accountability and objectivity”. How do you respond to that?

7. A second concern is the apprehension that the Collegium System operates behind closed doors and it’s often said that this creates scope for nepotism. At times judges are even alleged to have appointed their chamber juniors and relatives. Approximately 70% from Bombay/Delhi/Madras.

8. What is true is that the best are not always chosen. Two examples are Justice Ajit Prakash Shah and Justice Akil Kureshi. And in Justice Kureshi’s case, it’s said that Justice Nariman refused to nominate any other person until Justice Kureshi was appointed but that never happened.

9. It’s not just that the best are often overlooked. Sometimes inappropriate people are chosen as judges. I’m referring to Justice Arun Mishra who in 2020 called the Prime Minister a “versatile genius” and an “internationally acclaimed visionary”. I’m also referring to Justice M.R. Shah who a year later called the PM “our most popular, loved, vibrant and visionary leader”. And what about Justice Karnan who ended up in jail? How can a system that chooses judges that make such terrible mistakes be perfect?

10. The paradox is that Chief Justice Verma, who is the author of the 1993 judgment setting up the Collegium System, told me in an interview for BBC’s HARDtalk India in 2004 that he’s changed his opinion about the Collegium System and now believes that a National Judicial Commission, which gives a role to the executive, is the best way of appointing judges. So if the author has changed his mind doesn’t it mean the system can’t be perfect?

12.  The truth is that all the Supreme has said is “such practice of withholding approval is unacceptable”. Whilst people like Aditya Sondhi have got fed up and withdrawn their consent to be elevated as judges. If the Supreme Court considers the Collegium system perfect this is a very weak response, isn’t it?

13. Let’s come to the second issue of concern. This time the Chief Justice’s powers as Master of the Roster. Sriram Panchu, in a recent article in the Indian Express, says this allows the chief justice to decide which cases are heard or not heard, the size of the bench that will hear the case as well as its composition. He concludes this means the Chief Justice as “the sole selector can determine the match”. And you’ll remember the press conference held by four judges in 2018. Their allegation was that Chief Justice Deepak Misra allocates matters that are important for the government to preferred benches, usually headed by Justice Arun Mishra. Does the Master of the Roster power need to be amended or diluted?

15. Let’s come to another aspect of the powers of the Master of the Roster. Justice Shah calls it “judicial evasion”. Until you took office cases of critical importance such as the Citizenship Amendment Act, Electoral Bonds and Article 370 were simply not taken up and the suspicion is this is because successive chief justices felt the outcome would embarrass the government so they deliberately side-stepped them.

17. And what about the habeas corpus cases that the Supreme Court did not take up? These concern the right to life of the citizens of India. This is what Justice Shah says of how Justice Gogoi handled habeas corpus petitions: he drove “a coach-and-four through the centuries-old established law on habeas corpus.” That’s the truth, isn’t it?

18. A few weeks ago, in an interview to me, Justice Ajit Prakash Shah proposed a possible solution to the concerns we are discussing about how Master of the Roster powers are exercised. He said rather than vest them in one person i.e. the Chief Justice they should be exercised in consultation with the top three or four judges of the Supreme Court. Do you think that’s a wise and acceptable solution?