The former editor-in-chief of The Hindu tells Karan Thapar that “a mature government would have said no comment or simply disagreed with” the documentary. 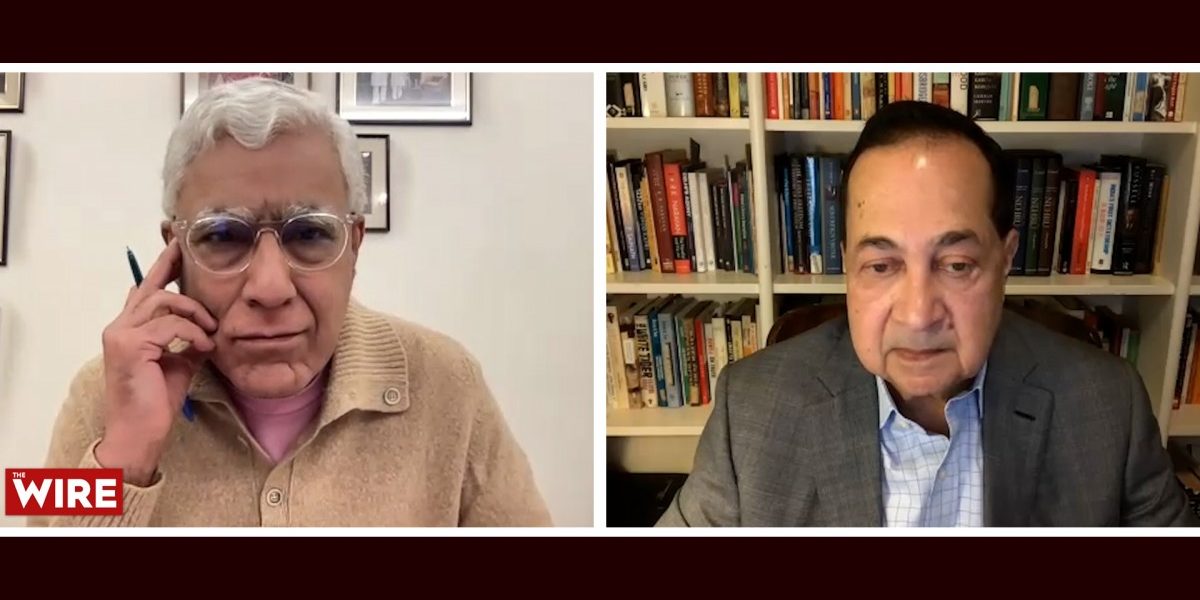 N. Ram, one of India’s most highly regarded journalists, said the Narendra Modi government’s attempt to block the BBC documentary called India: The Modi Question on YouTube and Twitter is “not only tantamount to unacceptable censorship but going over the top”. Ram, the former editor-in-chief and publisher of The Hindu, said the government has “gone ballistic” and scored “an own goal”. He says “a mature government would have said no comment or simply disagreed with it”.

In the interview, Ram addressed the main criticisms made of the BBC documentary, first by the foreign ministry spokesperson, Arindam Bagchi, and then by unidentified senior officials who were quoted by several of Sunday’s newspapers. Of Bagchi who, without seeing the documentary, called it “a propaganda piece designed to push a particular discredited narrative” and accused it of “bias” and “lack of objectivity”, Ram said he’s made “a laughing stock” of himself. Ram added that clearly Bagchi has been pushed into this position by the government.

Of Bagchi’s claim that the BBC documentary reveals “a colonial mindset”, Ram said: “Not at all … that’s an impenetrable observation.”

Ram, who made his name with his unparalleled investigations revealing the truth of the Bofors story, was also asked if he accepted the explanation given to The Wire by Jack Straw, who was British Foreign Secretary in 2002, that it was incumbent on the British government to inquire into the riots because Britain has a sizeable population of Gujarati Muslims who made representations to the government. Ram was also asked if the BBC was journalistically justified in making this documentary on the Gujarat killings 21 years after they happened or if it was guilty of deliberately raking up an old and forgotten issue.

Finally, Ram was asked about the government’s decision to block the documentary on YouTube and on Twitter on grounds that it threatens national security or public order. Ram said this is “not only tantamount to unacceptable censorship but going over the top”. He said the government has “gone ballistic”. More importantly, he pointed out that the message sent out to the world is that India’s national security and public order are so fragile that they are threatened by a documentary that hasn’t even been broadcast in the country and only seen by a minuscule minority of the population who have access to YouTube and Twitter.

Ram also said that this act of censorship punctures the Modi government’s proud claim that India is the world’s biggest democracy. It will have damaged India’s international image.