Watch | 'Covishield as Much as 20 Times More Effective Booster than Covaxin’: Gagandeep Kang

Speaking to Karan Thapar, the virology professor for the first time revealed the findings of the booster study done by the Christian Medical College, which was submitted to the government in March. 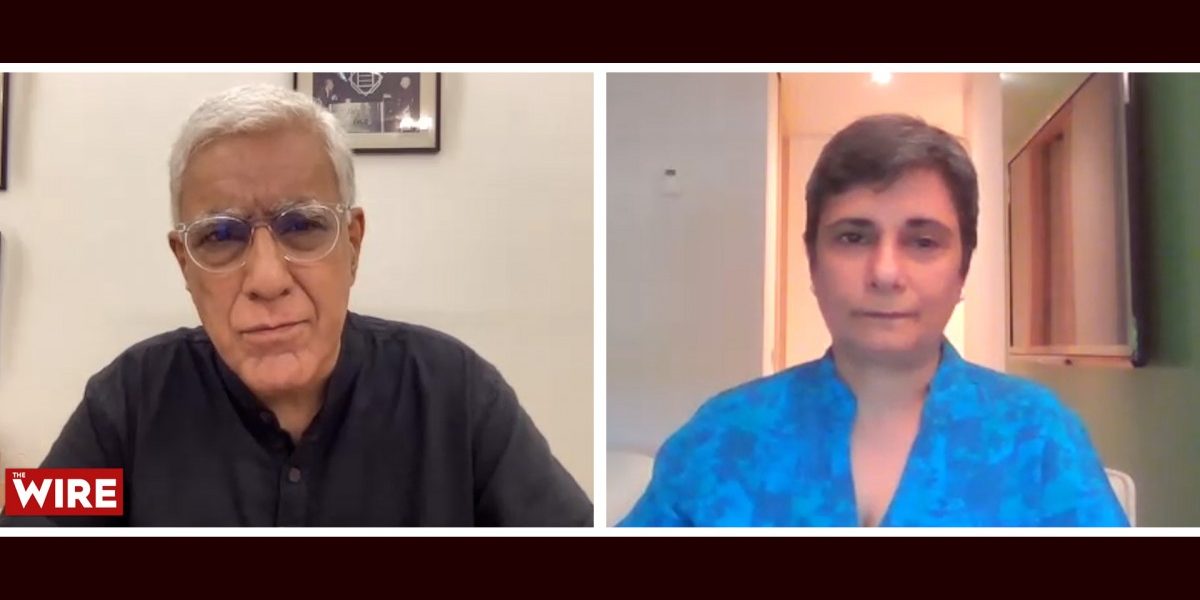 In an interview to The Wire, Gagandeep Kang has for the first time revealed the findings of the booster study done by Christian Medical College (CMC) in Vellore, which was submitted to the Government in the middle of March but has not yet been made public.

Kang, who is professor of virology at CMC, has decided to release the findings in a paper next week but willingly confirmed the findings when they were quoted to her by Karan Thapar in the interview. They show that Covishield is a far more effective booster after two Covaxin jabs than the other way round. However, the government does not permit heterologous vaccines i.e. mix and match. Those who have had Covaxin for two doses have to have Covaxin as the third whilst those who have had Covishield as the first two doses must have it as the third dose.

In a 22-minute interview to Karan Thapar for The Wire, Kang, a member of Britain’s prestigious Royal Society, confirmed the following results:

Kang, a Member of the Government’s Covid-19 Working Group, added that the CMC study was only testing antibody responses and not T-cell responses. She also pointed out that no tests were done using protein-based vaccines as boosters. The tests were limited to the two most widely used vaccines in India, Covishield and Covaxin.

Kang was asked by The Wire about the present increase in cases – a rise of 60% in the last week – and if India entering a fourth wave or is there another explanation. She replied: “It really depends on what you really call a wave. What is your description of a wave, how high and over what period of time? There will always be ups and downs.”

Kang said: “If a new wave happens it’s likely to be caused by a new variant not the versions of a variant we have now.”

She said the time had come to redefine what we mean by wave, by not focusing on tests and test outcomes but on how much serious disease and deaths are occurring. She added: “Looked at that way this is not a wave.”

The virology professor said the reason why Maharashtra, Kerala and Delhi always seem to be the first to shoot up is (a) because they receive a lot of international travelers but now, what’s more important as an explanation, is the level of systematic testing done in these states, which shows up the actual COVID-19 reality more truthfully than the rest of the country.

Kang said that the present increase in cases is more likely to be caused by BA.4 and BA.5. She accepts South African studies which say that BA.4 and BA.5 are more infectious than the original Omicron sub-variants BA.1 and BA.2 but the disease they cause is not severe and hospitalisation and serious illness has not increased. The figures in the newspapers in Delhi bear this out. So, too, do the figures for Mumbai.

Speaking about the Standing Technical Sub-Committee of NTAGI recommendation reducing the gap between the second dose and the booster dose to 6 months from the present 9, Kang struck a note of skepticism. She said “We have no evidence the gap needs to be 9, 6, 3 or 12 months”. She added: “Since we have no data on vaccine-effectiveness we can set any time limit we want … there’s no evidence that allows us to set a specific date for boosters.” She confirmed when she was asked if this means that the Sub-Committee was simply plucking numbers of months out of the air without any scientific or research based background for doing so.

The above is a paraphrased precis of Gagandeep Kang’s interview to Karan Thapar. Only the main points have been highlighted. Watch the full video for a complete understanding of all the different points professor Kang has made.