In a 32-minute interview to Karan Thapar, Kamal Haasan said the proposed amendment to Section 6 of the Cinematograph Act of 1952 will “restrict freedom of speech and put a gag on the film fraternity". 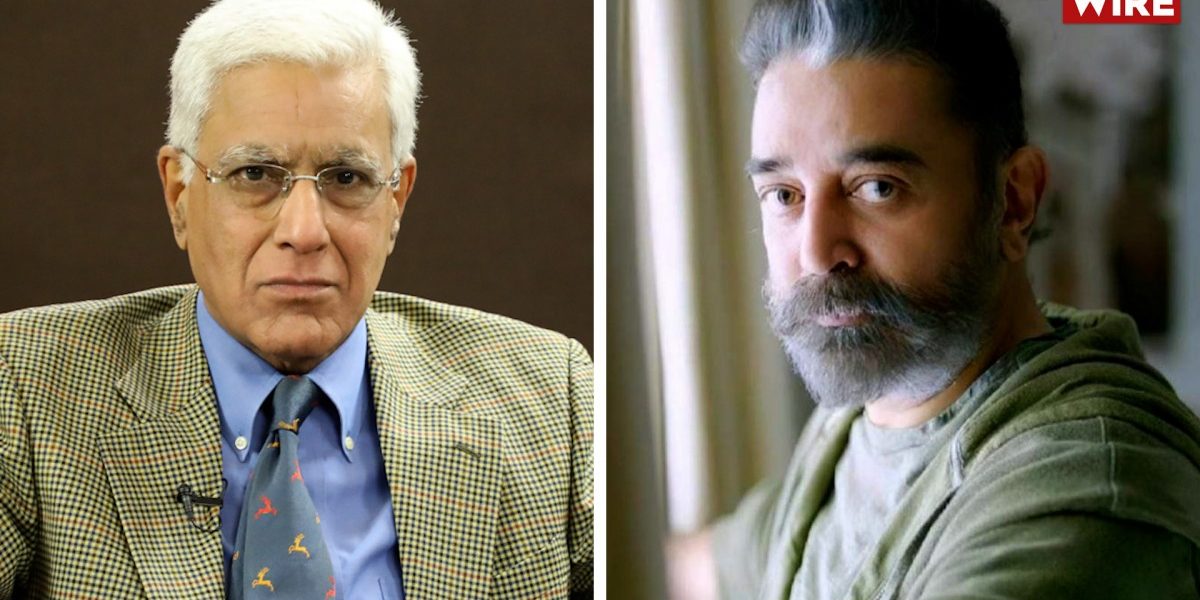 In a bold and forthright interview which will not please the Narendra Modi government but also upset leading film stars in Bollywood, the well-known actor-director Kamal Haasan, who has also waded into active politics, has said the Centre’s proposed amendments to the Cinematograph Act could create a form of McCarthyism that will have a chilling effect on the Indian film industry. He also said Bollywood top actors like Amitabh Bachchan, Shah Rukh Khan, Salman Khan, Aamir Khan, Akshay Kumar, Aishwarya Rai and Kajol are taking it lightly. He hoped the interview he has given will break their silence. In fact, when specifically asked whether they need to speak out his answer was “absolutely”.

In a 32-minute interview to Karan Thapar for The Wire, Kamal Haasan said the proposed amendment to Section 6 of the Cinematograph Act of 1952, which would permit the government to request re-examination and recertification of a film, could have an impact on the Indian film industry similar to the impact of Joseph McCarthy’s anti-Communism campaign on Hollywood in the 1950s and ’60s. Kamal Haasan cited the fact that leading scriptwriters like Dalton Trumbo and leading actors and directors like Charlie Chaplin suffered. Trumbo was forced to write under a pseudonym. Chaplin left the US.

Kamal Haasan added “this is not paranoia”. In fact, he said because of the technological advances of the last 70 years, the impact could be even worse than what happened in America in the 50s and 60s. “Something worse could happen today.”

At one point in the interview, Kamal Haasan even referred to Hitler’s minister of propaganda, Joseph Goebbels. Although he was reluctant to develop this further, in response to a question whether the impact of the proposed changes looks and felt Goebbelsian, he agreed.

Speaking about top Bollywood stars like Amitabh Bachchan, Shah Rukh Khan, Salman Khan, Aamir Khan, Akshay Kumar, Aishwarya Rai and Kajol, who are named in the interview, he said: “I can understand their fear.” He said, “I am not commenting on them or criticising them.” But he also made a point of saying “they are taking it lightly”. He added, “I hope this interview will break their silence.” When asked if they need to speak up he replied “absolutely”.

Kamal Haasan also said history will remember those who speak out against these amendments and those who choose to keep silent. Again, this was said in the context of a specific discussion about the big names in Bollywood who have so far kept quiet.

In the interview to The Wire, Kamal Haasan said his fear is that the amendment to the Cinematograph Act, which permits the government to request re-examination and re-certification, will “restrict freedom of speech and put a gag on the film fraternity, preventing filmmakers from making films on bad governance, social evils and so on”. He said the government was using the excuse of Article 19 (ii) of the constitution, which restricts freedom of speech on specific grounds, to ban films that expose its incompetence and misgovernance, depictions of history it doesn’t agree with and portraits of people it doesn’t like. Kamal Haasan said what made this proposed amendment even worse is that it permits the government to act at the behest of individuals or small groups who, for vested interests, can now approach and request re-certification of a film.

The other thing, he said, that makes this amendment worse is that it has been proposed two months after the abolition of the Film Certification Appellate Tribunal. That means that if anyone is aggrieved by a decision of the Central Board of Film Certification they now have no option other than to go to a high court, which is both expensive and time-consuming.

In this context, he referred to his own experience with his film Vishwaroopam in 2013 which, he said, led to a total loss of Rs 60 crore.