The Wire's Seraj Ali spoke to the journalists who had gathered for the protest. 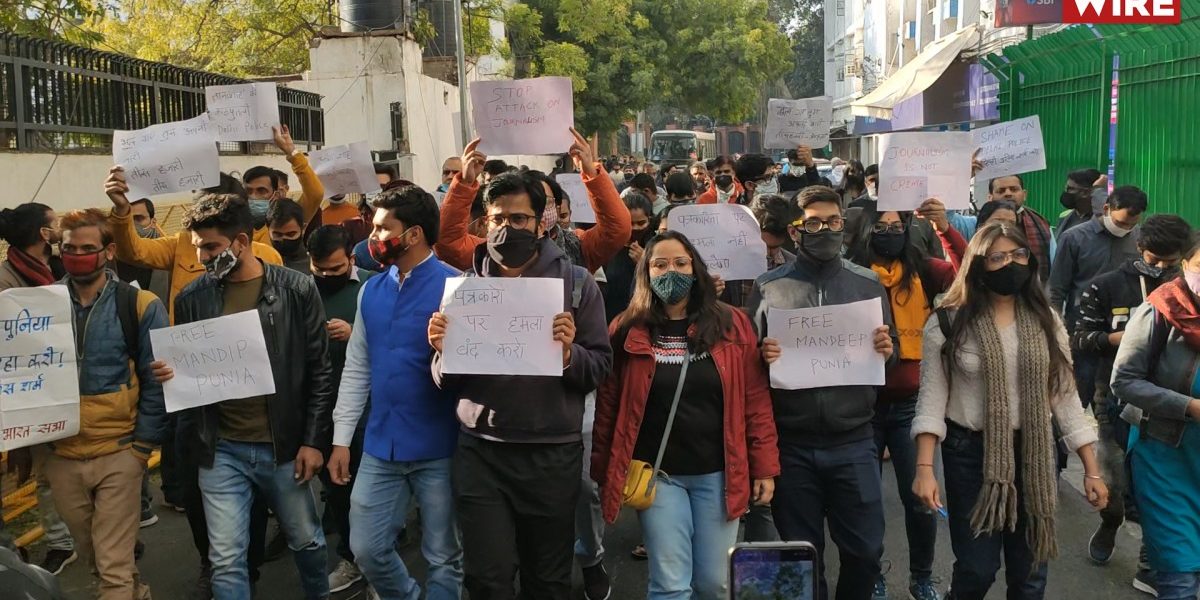 On January 31, journalists from several digital and independent platforms registered their condemnation of the arrest of Mandeep Punia, an independent reporter. They gathered outside the Delhi Police headquarters and called for the release of Punia.

On Saturday, the Delhi police detained two journalists covering the ongoing farmers’ agitation at Delhi’s Singhu border: Punia, a freelance journalist and contributor to the Caravan magazine and Dharmender Singh, who works for Online News India.

Dharmender Singh was released early on Sunday, but Punia was formally arrested and sent to 14 days of judicial custody.

The Wire‘s Seraj Ali spoke to the journalists who had gathered for the protest.