Protestors squared off against bulldozers when the BJP-ruled South Delhi Municipal Corporation undertook yet another "anti-encroachment drive". 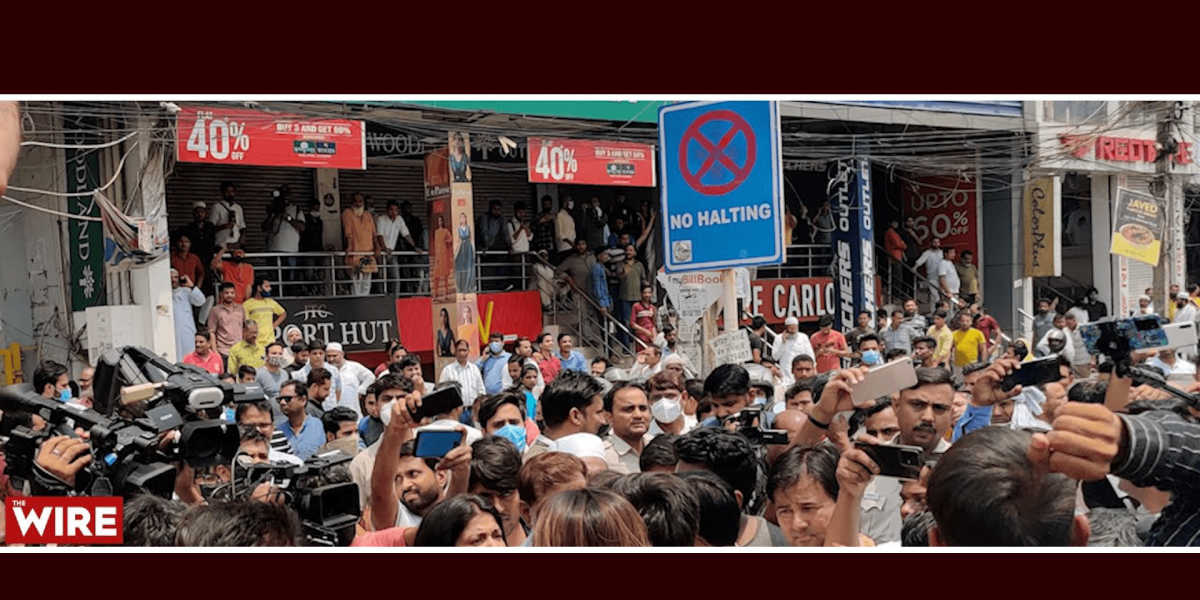 On Monday, May 9, Delhi’s Shaheen Bagh area, which saw widespread protests against the Citizenship (Amendment) Act in 2019 and early-2020, was once again filled with protestors. This time, however, they were demonstrating against the Bharatiya Janata Party-ruled South Delhi Municipal Corporation’s “anti-encroachment” drive in the area.

As bulldozers arrived on the scene, protestors in huge numbers stood in their way, preventing them from destroying structures in the area and accusing the BJP of stoking communal tensions and targeting the Muslim community.

The demolition drive came after a similar exercise in Jahangirpuri last month, which took place after communal clashes in the area. Protestors at the scene drew parallels between the two incidents, condemning the Union government for choosing the persecute Muslims rather than focus on the other issues facing the country today.

The Wire’s Sumedha Pal was present on the scene and spoke to several of the protestors. Here’s what they had to say.