The former Planning Commission deputy chairman said the government must provide adequate income support, particularly for the poor, as a way of tackling the collapse in private consumption. 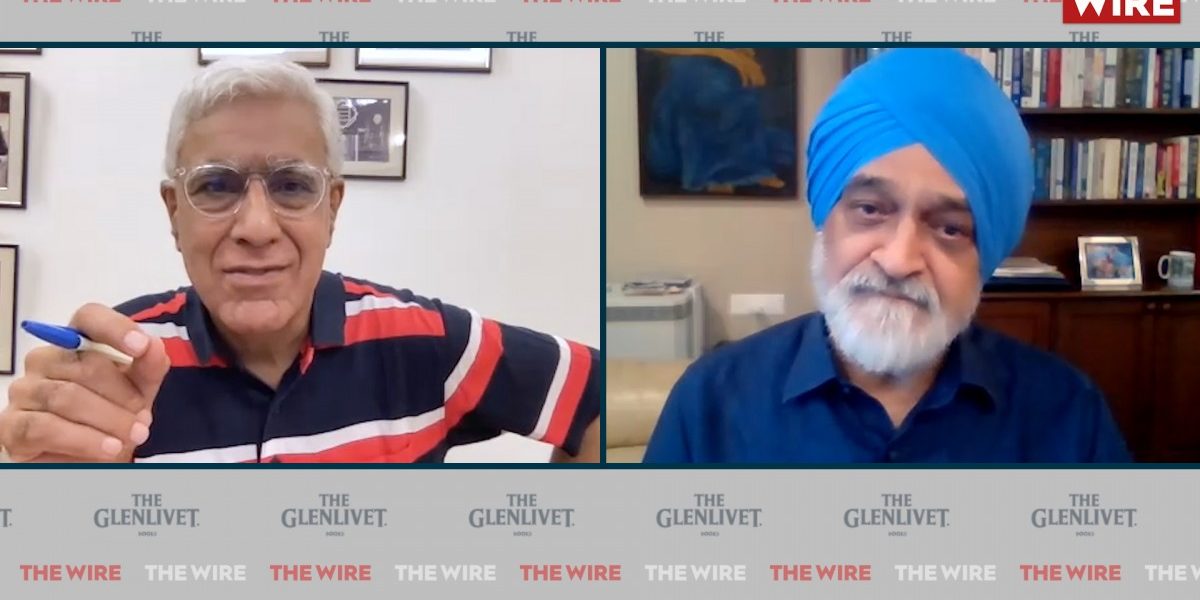 The former deputy chairman of the Planning Commission and one of India’s most highly regarded economic administrators, Montek Singh Ahluwalia, has suggested five key steps the government must take to tackle the collapse in private consumption and private investment and ensure the economy not only quickly recovers to pre-pandemic levels but its growth accelerates beyond the 4% levels of 2019-20. In explaining his five suggestions, Montek Singh Ahluwalia said the finance minister should be prepared to let the fiscal deficit rise to levels of around 7.5% provided a clear pathway of reforms is simultaneously laid out.

In a 35-minute interview to Karan Thapar for The Wire, Montek Singh Ahluwalia, who is presently a distinguished fellow at the Centre for Social Economic Progress, said the government must provide adequate income support, particularly for the poor, as a way of tackling the collapse in private consumption which has regressed to almost exactly the same level as 2017-18. However, he said, the government should not start new schemes but “jack up” existing schemes like MGNREGA, old-age pensions, etc.

A second step suggested by Ahluwalia is that the government must expedite payments that are held up. He cited a recent announcement made by the commerce minister that Rs 50,000 crore owed to exporters would be paid immediately and said this is “a no-brainer and should have been done a long time ago”.

Third, Ahluwalia said public sector corporations must accelerate investment activity. Fourth, the government must take steps to correct bottlenecks in the banking system and thus ensure that lending picks up. At the moment, he says, it’s around 6% in nominal terms and nowhere near sufficient.

Fifth, Ahluwalia said the government must try and ensure that at least 80% of the adult population is double vaccinated by the end of the year. However, he added, even if that is not possible – as most people believe – the government must set clear and definite vaccination targets and then strive to achieve them.

Speaking about the state of the economy, Ahluwalia said the collapse in private consumption “is clearly not good news, it certainly is a problem”. He added “if consumption has fallen so far it’s difficult to believe we can see economic recovery without a very substantial recovery in consumption”.

Speaking about the sharp rise in employment in agriculture, which has grown from 42.5% in 2018-19 to 45.6% in 2019-20, Ahluwalia said this was clearly distress employment taken up by people who have lost better-paying jobs as a way of keeping “body and soul together”. He added “the growth in agricultural employment is not a positive development at all”.

In the interview to The Wire, Ahluwalia discusses how most of the increase in agricultural employment is in terms of unpaid family workers. Many of these, if not the majority, are women. This sharp increase of female employment in agriculture is another sign of distress and, again, not good news.

Ahluwalia said it looks as if “much or all of the good performance of the economy under UPA, when a 140 million people were pulled out of poverty, has been reversed.” However, he added, that this could be easily rectified if the economy starts growing sufficiently. It does not mean this 100 million have sunk below the poverty line irreversibly.

The above is a paraphrased precis of Montek Singh Ahluwalia’s interview to Karan Thapar for The Wire. Though recounted from memory it is not inaccurate. However, there’s a lot more in the interview than has been covered by this precis. Please see the full interview for a better appreciation of Ahluwalia’s views.