In an interview to Karan Thapar, the journalist compared Narendra Modi to Viktor Orbán, the illiberal right-wing prime minister of Hungary. 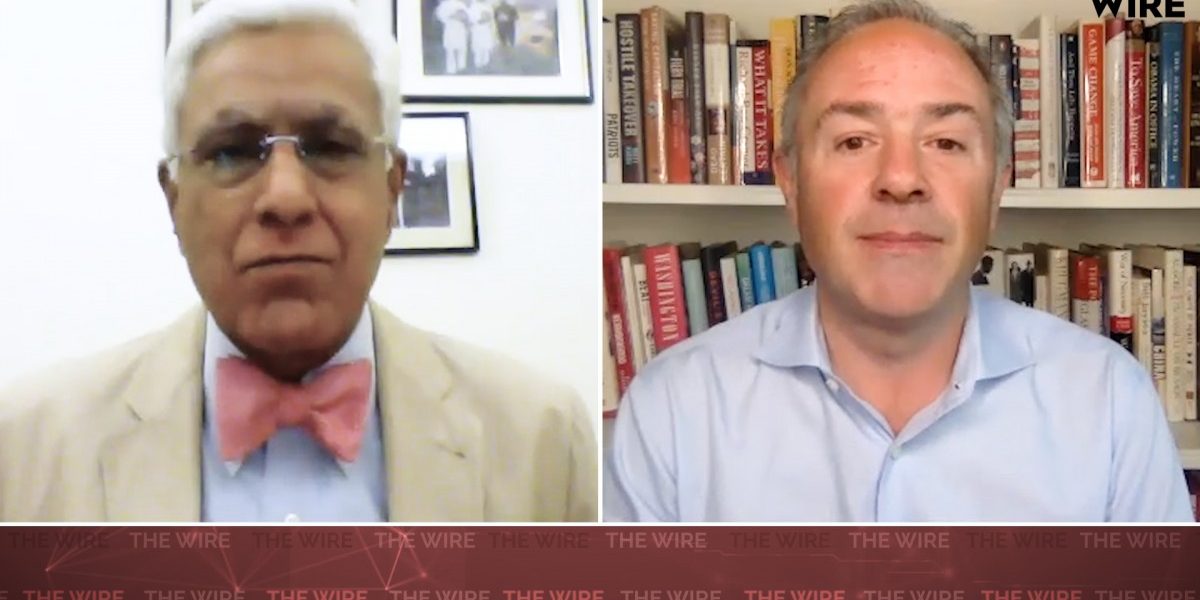 One of the western world’s most highly regarded journalists, Edward Luce, the US national editor of the Financial Times, says India is now “the world’s largest illiberal democracy” and, comparing Narendra Modi to Viktor Orbán, the illiberal right-wing prime minister of Hungary, says, “Modi is Orbanizing India.”

In a 33-minute interview to Karan Thapar for The Wire, Luce, a former South Asia bureau chief of the Financial Times and author of In Spite of the Gods, a highly acclaimed study of India, says the India-China crisis is presently not at the top of the US agenda. He says secretary of state Michael Pompeo’s reference to the India-China situation whilst explaining the reduction of US troops in Germany was nothing more than a desperate attempt to find some strategic explanation for the Trump administration’s determination to reduce troops in Europe. This is “a Trump pet peeve” Edward Luce said and “Pompeo is twisting himself into a pretzel to find a strategic rationale for what he does not support”.

“It’s a very distracted administration,” said Luce. Mid-level officials may be aware of what is happening and following it closely but “at the top not much attention is being paid to this judging by the absence of statements from the White House”.

Luce said, “I suspect Donald Trump’s instinct on this is highly ambivalent.” He said Trump was more interested in ensuring China fulfils its part of the US-China trade bargain concluded in January. That, for Trump, is a key part of the US’s economic recovery which, in turn, is critical to his election campaign. Anything that jeopardises this prospect will worry him hugely.

However, Luce said Trump sees Modi and India as “natural partners”. Speaking about Trump’s two offers to mediate, Luce said the US president sees himself “as the art of the deal personified”. He said, “If there is any Gordian Knot to be untied he believes he is the man to do it”. He added these offers “come from a place of vanity not of knowledge”.

“Any sign of an actual war between India and China would be catastrophic to any hope of stabilising the global economy amidst this pandemic. At that point, there will be a lot more serious attention paid to the India-China situation,” he said.

Asked how Modi is viewed in the US, Edward Luce said: “On the right of the US, Modi is an admired figure.” He said, “Trump loves Modi.” He added Trump hopes that Modi will deliver high net worth Hindu nationalist NRIs to support the Trump campaign. “Trump sees dollar bills when he thinks of Narendra Modi’s face”.

However, Edward Luce also told The Wire that there are many in the US who feel that “the direction in which Modi is taking the country – the Citizenship laws, Kashmir – is very disturbing”.

However, the truth is that the people of US do not know a lot about the country. “More generally, I wouldn’t overestimate the knowledge of the American public. Nobody ever made money doing that … America’s knowledge of India is still very thin.”

Also Read: Self-Absorbed, Uncaring, Incompetent: COVID Has Exposed Populist Leaders for What They Are

Contrasting Trump with Joe Biden, the Democratic nominee for the presidency who at the moment is between 10 and 14 points ahead in the polls, Luce said while “Trump loves Modi”, a Biden administration is more likely to reflect the conventional wisdom of Washington. He said a Biden presidency would be “ceremonial” and he would appoint people with experience and gravitas to run departments like the state department. They would have a free hand and the sort of people likely to be secretary of state would reflect the conventional wisdom of the American capital. That is to say India as a stable liberal democracy is highly prized, it’s valued as a counter-balance to China and India’s economic success is widely desired. However, a few days ago, Biden issued a statement criticising the Citizenship Amendment Act and the National Register of Citizens, two measures that the Modi government is closely identified with. It’s likely that a Biden presidency would be critical of these and they could be points of friction between the Indian government and a Biden administration.

Speaking about the Indian government’s hope of attracting investment leaving China, Luce pointed out that there were many traditional obstacles that investors are concerned about and which still exist in India. These include the retrospective amendment of laws, taxation issues, red tape, expropriation, etc. At the moment, Vietnam seems to be cleaning up on any investment exiting China, he said.

The above is a paraphrased precis of Luce’s interview. Please see the full interview for accurate details.