Karan Thapar asks the two experts what percentage of farmers benefit from the MSP regime; if these farmers are primarily from Punjab and Haryana; and are these farmers mainly large farmers. 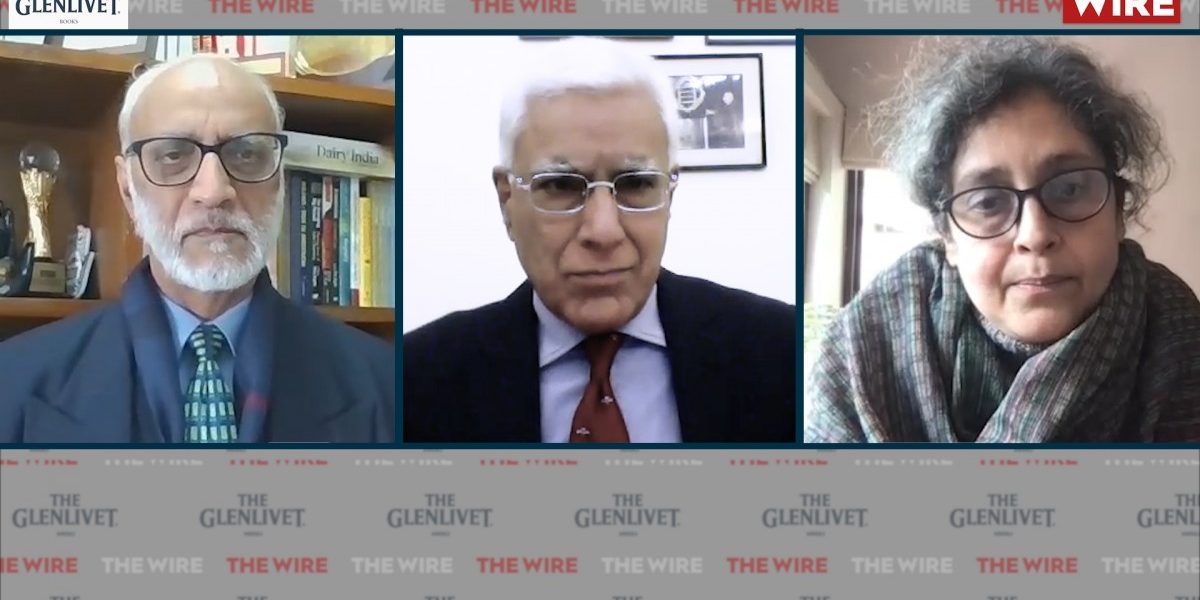 Three critical questions lie at the heart of the raging controversy over the Narendra Modi government’s new farm laws and experts do not seem to agree on answers to them. Different experts have different responses to give. The three critical questions are: first, what percentage of farmers benefit from the minimum support price (MSP) regime; second, are these farmers primarily from Punjab and Haryana; and, third, are these farmers mainly large farmers?

In separate interviews on these issues with two leading experts who have recently written about them, Karan Thapar for The Wire spoke to Ashok Gulati, former chairman of the Commission for Agricultural Costs and Prices and presently Infosys Professor for Agriculture at ICRIER, and Reetika Khera, associate professor of economics at the Indian Institute of Technology in Delhi.

Gulati repeatedly asserts that only 6% of the farmers benefit from the MSP. As evidence, he cites both the NSSO’s Situation Assessment Survey of 2012-13, the last such survey that is available, as well as his own research on the value of agri-produce bought by the government at MSP prices in 2018-19.

Gulati says the preponderant majority of farmers who benefit from the MSP are from Punjab and Haryana. Although he accepts that perhaps up to 35% of MSP procurement happens from other states, if the beneficiary states are identified in terms of the quantum of produce acquired as opposed to the number of farmers producing the crop, then Punjab and Haryana dominate MSP procurement. However, he was reluctant or unwilling to put a figure to his claim that the majority of farmers benefitting from the MSP are from Punjab and Haryana. He would not specify whether the word majority mean 51%, 70% or 90%.

Once again, Khera strenuously disputes the belief that Punjab and Haryana dominate MSP procurement. She says the Decentralised Procurement Scheme (DCP) has extended the MSP to several other states and since 2012-13, the share of DCP states is now 25-30%. She points out that the share of MSP procurement for paddy has steadily grown in states like Chhattisgarh, Orissa, Andhra Pradesh and Telangana. She also points out that MSP procurement for wheat has been increasing in Madhya Pradesh and Uttar Pradesh. In fact, last year more wheat was procured under MSP from MP than Punjab.

In interviews to The Wire, Gulati and Khera were also asked how they respond to the demand that the MSP for all 23 crops should be made legally binding. Secondly, they were asked how they respond to a more focussed demand that the MSP for wheat and paddy should be legally binding because these two crops are critical for government procurement and up to 80 crore people depend upon it for food security, provided either by the National Food Security Act or the public distribution system.

In response to both questions, Gulati said that it would create “major chaos in the market system”. He also said this would be “anti-farmer” because the private sector will not buy at the MSP, particularly in a situation when we have excess wheat and paddy and there is no demand for the surplus.

Khera did not answer these two questions because she said she’s not an agricultural economist and did not feel qualified to answer these specific questions.