Watch | ‘It Is Terrible to Be a Muslim in Modi’s India’: Farooq Abdullah

The former J&K CM talks about the ego that is dividing opposition parties and preventing them from challenging the BJP, the draft proposals of the Delimitation Commission and the future of the Gupkar Alliance. 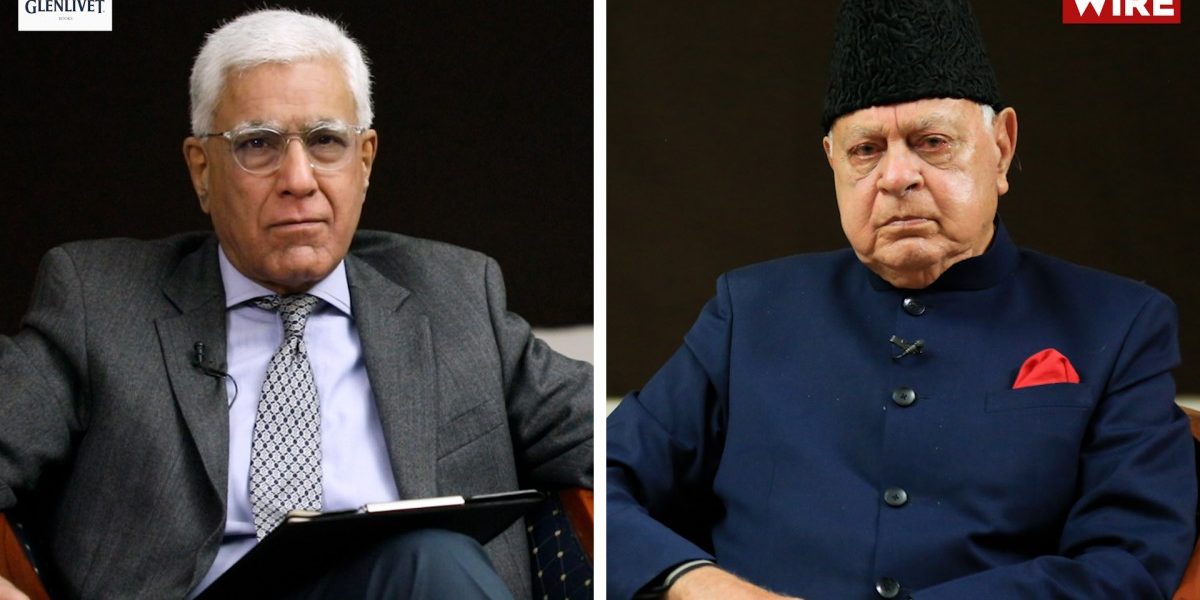 Farooq Abdullah, a three-time former chief minister of the erstwhile Jammu and Kashmir state and the president of the National Conference, said the people of Kashmir feel “rejected”, adding that they feel “as if they are being pushed away”. He further said that the situation [in Kashmir] is like “a volcano which could explode”. On asking what would be the outcome if the volcano exploded, he said: “It will take the nation with it” and “nothing will survive”.

Speaking about what it’s like to be a Muslim in Prime Minister Narendra Modi’s India, Abdullah had a short, sharp, blunt answer: “It’s terrible.”

In a 40-minute interview with Karan Thapar for The Wire, Abdullah shouted in anger but also dissolved in tears as he spoke about the mood and situation in the Kashmir Valley, what it’s like to be a Muslim in Modi’s India, the ego that is dividing opposition parties and preventing them challenging the BJP, the draft proposals of the Delimitation Commission which he announced his party will challenge in the Supreme Court and the future of the People’s Alliance for the Gupkar Declaration.

The former J&K chief minister dissolved in prolonged tears when he spoke about the lack of opposition unity and how “ego” was dividing parties like the Trinamool Congress and Congress. He said he believes Mamata Banerjee feels deeply hurt by the fact that the Congress did not help her but instead fought against her when she was being challenged by the BJP in the recent state elections in West Bengal.

Abdullah’s tears and breaking voice, which lasted for a minute or possibly more, powerfully convey his deep emotions and fears about the state of the country and the need for opposition parties to unite and oppose the BJP.

He said the National Conference will challenge the Delimitation Commission’s proposals in the Supreme Court. He said he believes the decision to carry out a delimitation exercise and to award more seats to Jammu than Kashmir is a breach of the constitution as well as of guidelines laid down by the Supreme Court.

However, he made clear that if elections are called before statehood is restored, his party will fight. He also insisted the National Conference will win.