"If this sort of thing goes on [in Uttar Pradesh], there will be no need for law, or police. This is entirely arbitrary," Justice Govind Mathur told The Wire in an interview. 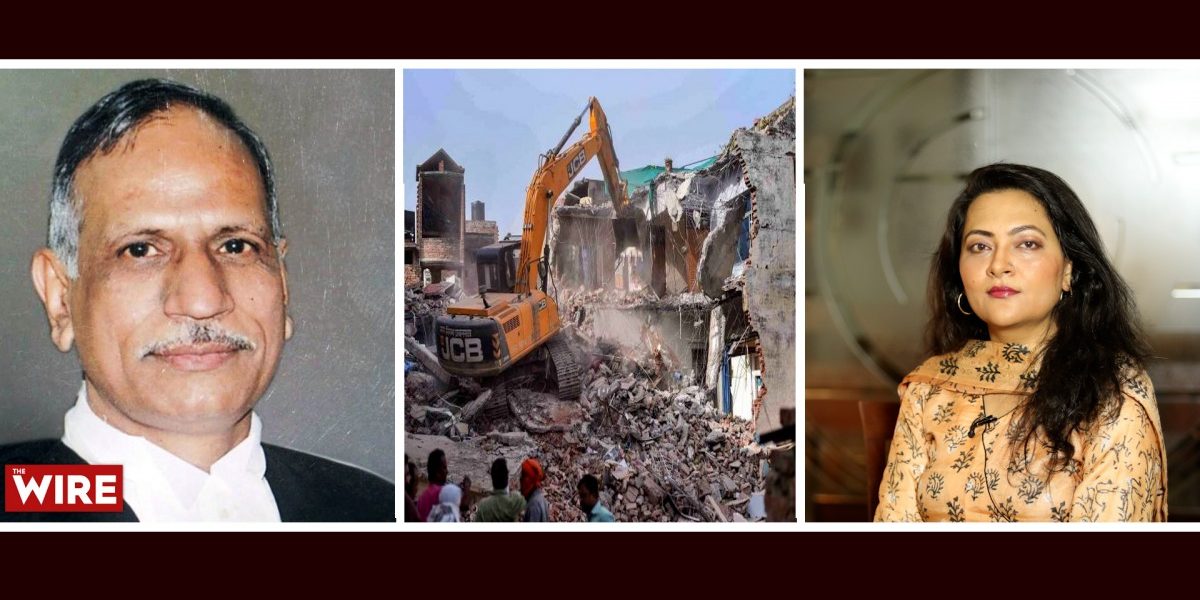 New Delhi: Whatever the justification cited by the authorities in Uttar Pradesh for the June 10 demolition of the home of political activist Javed Mohammad in Prayagraj, the action taken was illegal and the officials responsible need to be identified and held accountable for what they have done, former chief justice of the Allahabad high court Govind Mathur told The Wire in an interview on Monday.

Mohammad is a leader of the Welfare Party of India and his daughter, Afreen Fatima, is a student activist. Their home, which actually belongs to Mohammad’s wife, was demolished by the Prayagraj Development Authority on Sunday within a few hours of notice being served, citing building violations.

Mohammad was arrested by the Allahabad police on Friday in the wake of a protest against controversial comments made by Bharatiya Janata Party’ leaders on the Prophet which turned violent. The police claimed Mohammad was the ‘mastermind’ behind the violence and his house was evidently targeted for demolition as a result – a form of punishment that Justice Govind Mathur, who retired as chief justice of the Allahabad high court in April 2021, said is simply not provided for under Indian law and is therefore illegal.

“There is one word to describe what transpired – it is highly condemnable. The rule of law was not simply ignored, it was violated, with full awareness by the state in a coordinated manner,” he told The Wire.

“Even if we were to be believe that Javed Mohammad was a part of any protest, even if there could be participation in any criminal activity, a crackdown of this sort cannot be done under the rule of law,” said Justice Mathur. If Mohammad was a suspect, a case would need to be lodged and evidence collected. And only if he was found guilty could the question of punishment arise. In any case, punishment as envisaged by the Indian Penal Code takes only two forms – imprisonment and a monetary fine, he said, adding that there was no scope for the family’s home to be demolished. “If this sort of thing goes on [in Uttar Pradesh], there will be no need for law, or police. This is entirely arbitrary.”

Speaking about the process of the law given the allegation of ‘illegal construction’, he said that any demolition could only take place once proper procedures have been followed. “Even if there is to be a demolition, first the encroachment needs to be identified. If it is about construction that has not followed the proposed plan, municipal laws are in place to ensure illegality, if any, can be compounded [by the payment of a penalty].”

Proper notice, too, would have to be served, to enable the home owner to make a representation in a suitable forum. In this case, the authorities have circulated a copy of a notice that was purportedly issued a few weeks ago but it is addressed to Mohammad, who is not even the owner of the property. Thus, even if the justification of illegal construction is invoked, it is obvious that the failure to serve proper notice on the owner would render the demolition illegal, he said.

In any case, the family has denied receiving any prior notice from the authorities.

Emphasising that it is “important to keep the executive in check,” Justice Mathur said that action needs to be taken against the officials who acted improperly. “If the demolition drive is illegal, the family will have to be compensated for the damage incurred and this amount should be recovered from the officials who carried out this action,” he said.

Justice Mathur also expressed concern about the wider issues that the demolition has raised about the apprehensions Muslims have over their future in the country. “It is important to understand that this is not an issue pertaining to minorities only. If a community is feeling vulnerable, this is a matter of concern for the citizens of the entire country. While many voices will be silenced, it isn’t as if people aren’t thinking about this.”

He expressed his confidence in the Indian judicial system ensuring that justice is done to Javed Mohammad and his family.