Watch | 'No Place for Discrimination in Affirmative Action': John Dayal

In light of reports that the government will form a commission to look into the economic, social and education status of Dalit Muslims and Dalit Christians, activist John Dayal speaks of long-standing demand of these communities for reservations. 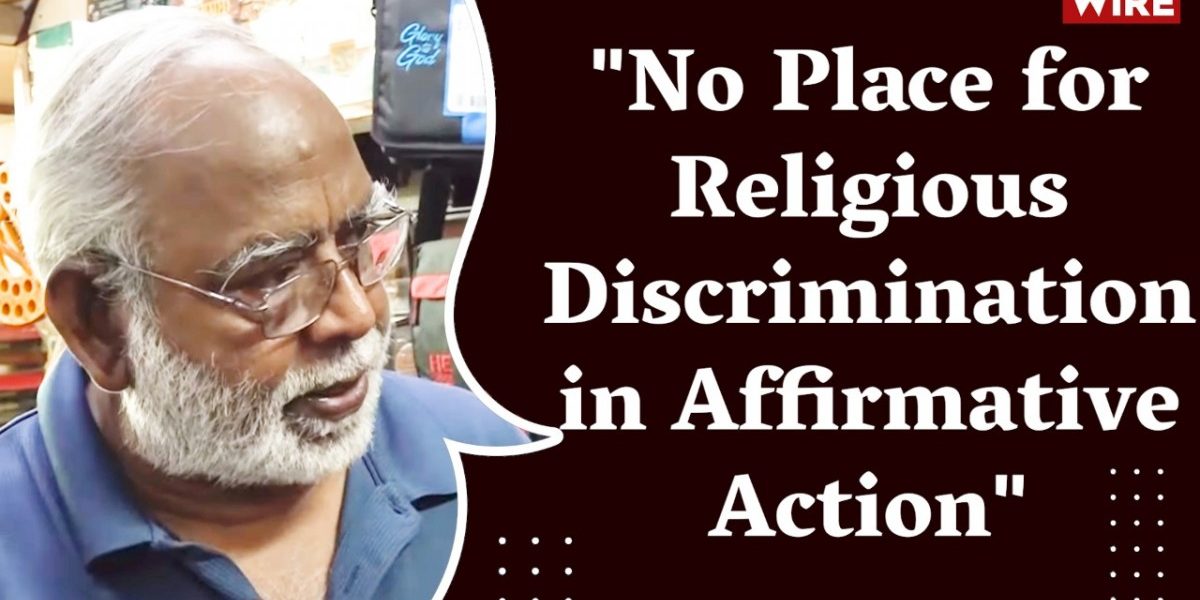 The Union government is set to constitute a national commission to look into the economic, social and educational status of members of the Dalit community who have converted to religions other than Hinduism, Sikhism and Buddhism; that is, Dalit Muslims and Dalit Christians.

The potential move assumes greater significance in light of the long standing demand of these communities to be given the status of Scheduled Caste (SC) since only SCs in the country are able to avail reservation benefits on the basis of their religious identity. However, the Constitution, under Article 341, states that no individual professing a religion other than Hinduism, Sikhism or Buddhism can be deemed to be a member of an SC.

The Supreme Court is also currently seized of a number of petitions demanding reservation benefits for Dalit Christians and Dalit Muslims. While hearing the matter on August 30, the court was told by solicitor general Tushar Mehta that the government would file its response in this regard, as talks about the commission continue.

In order to locate this issue in its broader, long-term context and to understand the political implications reservations for Dalit Muslims and Dalit Christians would have, The Wire’s Sumedha Pal speaks to Dalit rights activist John Dayal. To here what he had to say, watch the video below.