Without a concerted effort to bring water policies into the wider context and increased engagement with stakeholders, the future of our cities will never be truly smart. 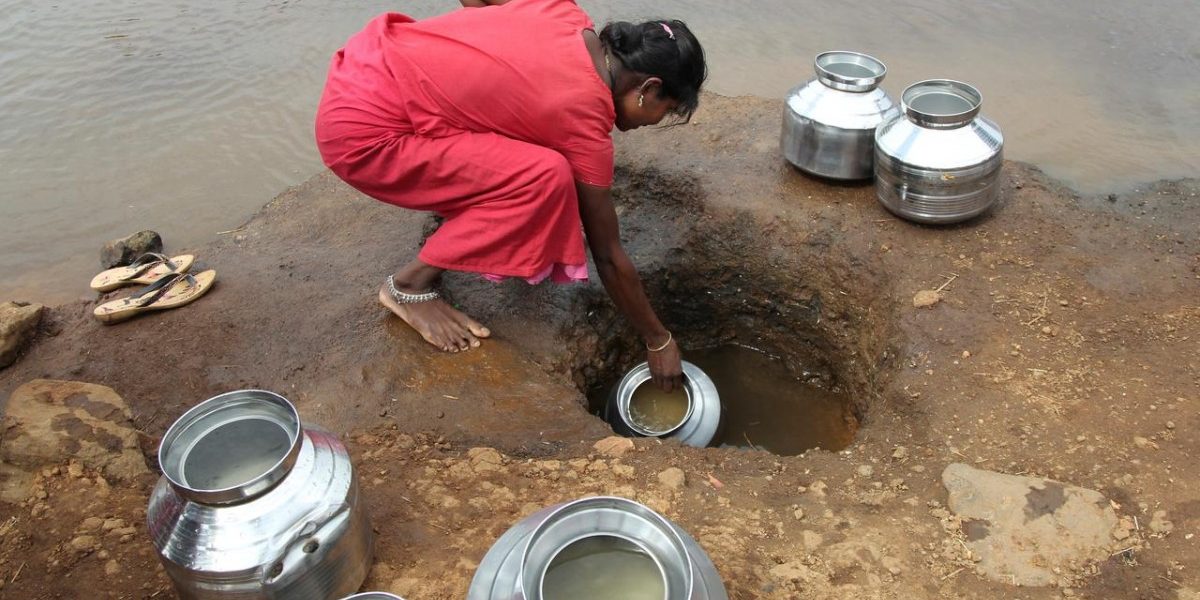 A woman fetches water from an opening made to filter water next to a polluted lake in Thane, India June 13, 2019. Photo: Reuters/Prashant Waydande

The ongoing pandemic has pushed discussions on sustainable cities and the future of urban spaces to the fore.

We have seen first-hand, the possibility of cleaner air, water and decreased traffic congestion, albeit at a human cost. Cities are imagined to be the future of human civilisation with more than 70% of the population expected to live in urban spaces by 2050 and the recent pandemic has highlighted the urgency of discourse around the future of our cities.

By UN estimates, urban residents in India will account for 52.8% of the population by 2050, as compared to 34% today, with Delhi edging past Tokyo. India, China, and Nigeria are expected to account for 35% projected growth in urban population by mid-century.

This growth comes with massive challenges including that of access to opportunity, space, technology, infrastructure, safety, all balanced with preservation of the environment and natural resources. Unfortunately, current discussions that focus more on the former and less on the latter, are already setting us on a trajectory downhill.

A quick review of seminars, conferences and interactions over the last few months, all online and web-based, indicate that the discourse in India largely focusses on the ‘smart’ aspects of future cities. Key elements usually include pollution, housing, mobility, use of technology to advance, the need for more green spaces and re-imagining how we work and conduct business.

While these aspects of creating better, smarter, more liveable cities are undeniably important, the lack of better water and sanitation management systems as part of the discussion is glaring. Without a concerted integrated effort to bring water policies into the wider context and mainstream conversations, and increased engagement with stakeholders at different sectors, the future of our cities will never be truly smart.

Also read: How Did India End up Staring at a Water-Uncertain Future?

It is estimated that by 2030, less than a decade away, about 160 million Indians will be living in cities that are water-stressed. The Central Water Commission states that for the 90 odd important reservoirs across the country that feed our cities, levels have not crossed more than half the total capacity in the past five years – a worrying statistic given the general paucity of water data in India, especially for urban spaces.

There is an unsustainable pattern of development around the world that comes with growing urbanisation, where the city-centric model has caused migration in large numbers from rural to urban areas. While cities provide opportunity and in some cases the chance for a better standard of life, the lack of foresight in urban planning will be all the more conspicuous in the coming years.

The Indian government in 2015 created the ‘smart cities’ mission; a project with more than 100 cities, each setting its own targets, but little clarity on standardisation and cohesive implementation strategy. While there is debate on the efficacy of this approach, some cities such as Agartala, Chandigarh and a few others have made strides in the right direction.

However, most of the cities have employed a narrow lens; implementing small projects that while necessary, don’t always consider a macro perspective of the future of the city nor create linkages between various sectors and departments. The projects centre largely around housing, infrastructure, open spaces, finance and technology. Water management tends to be clubbed together with climate change, though only a few cities have plans to introduce specific measures in this regard.

Given the severe water stress that India is facing, it is about time we not only bring this issue to the forefront but introduce this discussion into all aspects of policy planning. A fundamental shift in the way we view our long-term urban water security is necessary. It is imperative that we realise it is a cross-cutting issue and recognise that many issues relating to ‘water’ are not always only about the resource but have drivers and impacts originating well beyond.

Also read: How the Govt Is Spinning Its Dysfunctional Nagpur Water Project as a Success Story

An obvious example is the constant flooding in our cities (such as Mumbai or Chennai) during the monsoon period, that also experience drought later in the summer months. The nature of built environment entails that cities affect the natural water cycle where urbanised concretised catchment areas or marshlands are more subject to flooding, thus making it an infrastructure, housing and migration issue. The World Resources Institute estimates a cost of $215 billion annually from flooding alone in South Asia by 2030, thus making it an economy and growth issue. 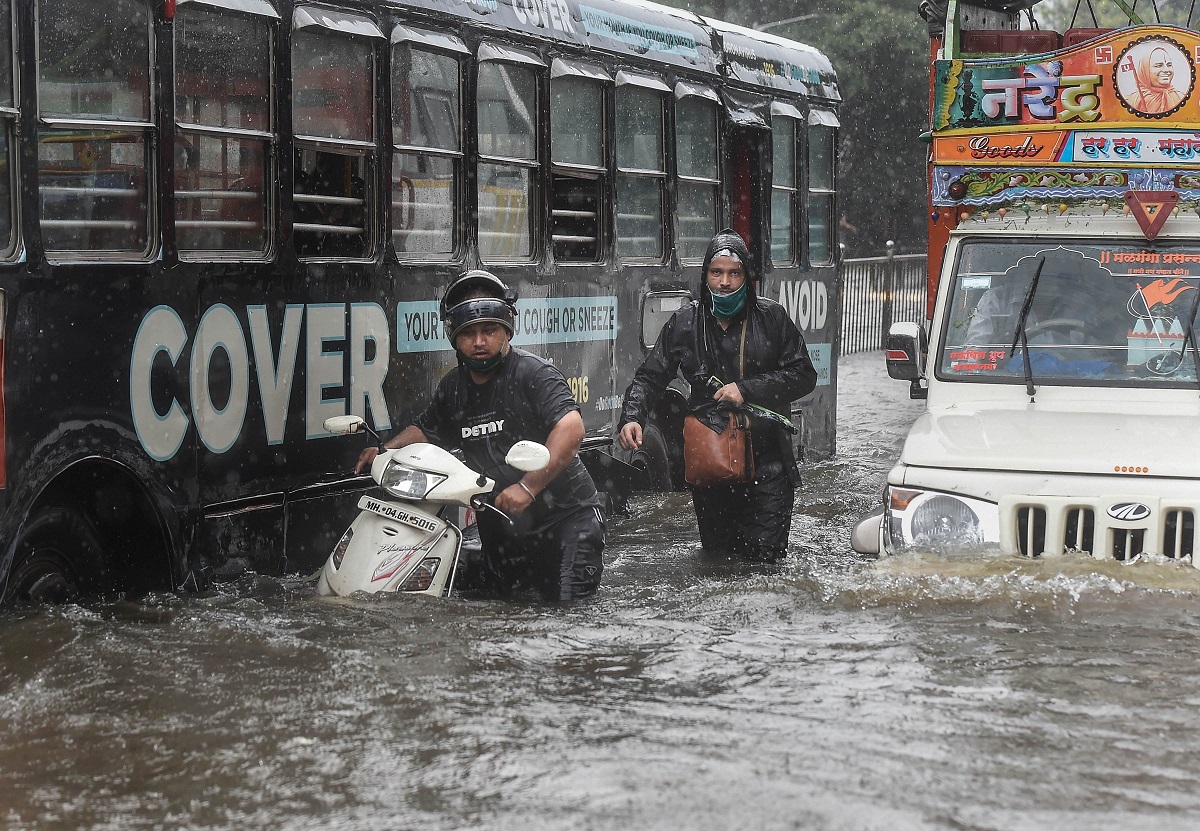 Most of the policies and public sector programmes in India are aimed at the supply side of the problem, where even the Atal Mission for Rejuvenation and Urban Transformation (AMRUT), is largely about expansion of piped water supply. This is of paramount importance as less than 35% of urban households get piped water and no major Indian city supplies 24×7 water to its entire population.

However, if not coupled with adequate demand management and prudence of use, the stress on our resources will only increase. Though many state governments and city municipal authorities have mandated conservation methods and offered subsidies for rainwater harvesting systems, implementation is low. Can we then envisage a system where water is valued and priced while factoring in risk, with a better understanding of dwindling resources and extreme weather events?

While it is the responsibility of the government to create better policy and track its implementation, the onus also lies on the nongovernmental space and entities, from the development sector to financial and corporate institutions, to the academic, media and think tank community. Discussions need to consider a water lens in policy-making along with greater investment and innovation to ensure that our future cities are truly smart.

To begin with, along with a multi-sectoral and whole systems approach, there needs to be more community-based learning and understanding. Secondly, we need more water-sensitive infrastructure, housing and urban designs, all of this incorporated into the initial stages of planning and development, along with adapting existing infrastructure in older cities with new technology.

Also read: Delhi Is Running out of Water, and It Is Everybody’s Problem

Better planned urban development not only aids in water harvesting but tackles the common problem of flooding and waterlogging. Thirdly, there is an urgent need to bring greater emphasis on risk and resilience into urban governance and future planning with a multi-stakeholder approach. A fair amount of this is already underway when considering the ‘heat’ factor. Gujarat is a noteworthy example here. Similar efforts are required for the ‘water’ factor.

Lastly, but perhaps most importantly, is the need for more data on availability, supply and demand at the city level. The Composite Water Management Index by NITI Ayog partially addresses this but it is lacking and incomplete. Without adequate data on water, not only as a resource but also its relationship with other aspects of urban management; without making water security a key cornerstone of smart cities, the future of our cities will be fragile.