Anatomy of a Tragedy: Remembering the Victims of the Uphaar Cinema Fire

Twenty two years after the fire, non-compliance to safety norms still pose a risk to human lives, businesses and operations in India. 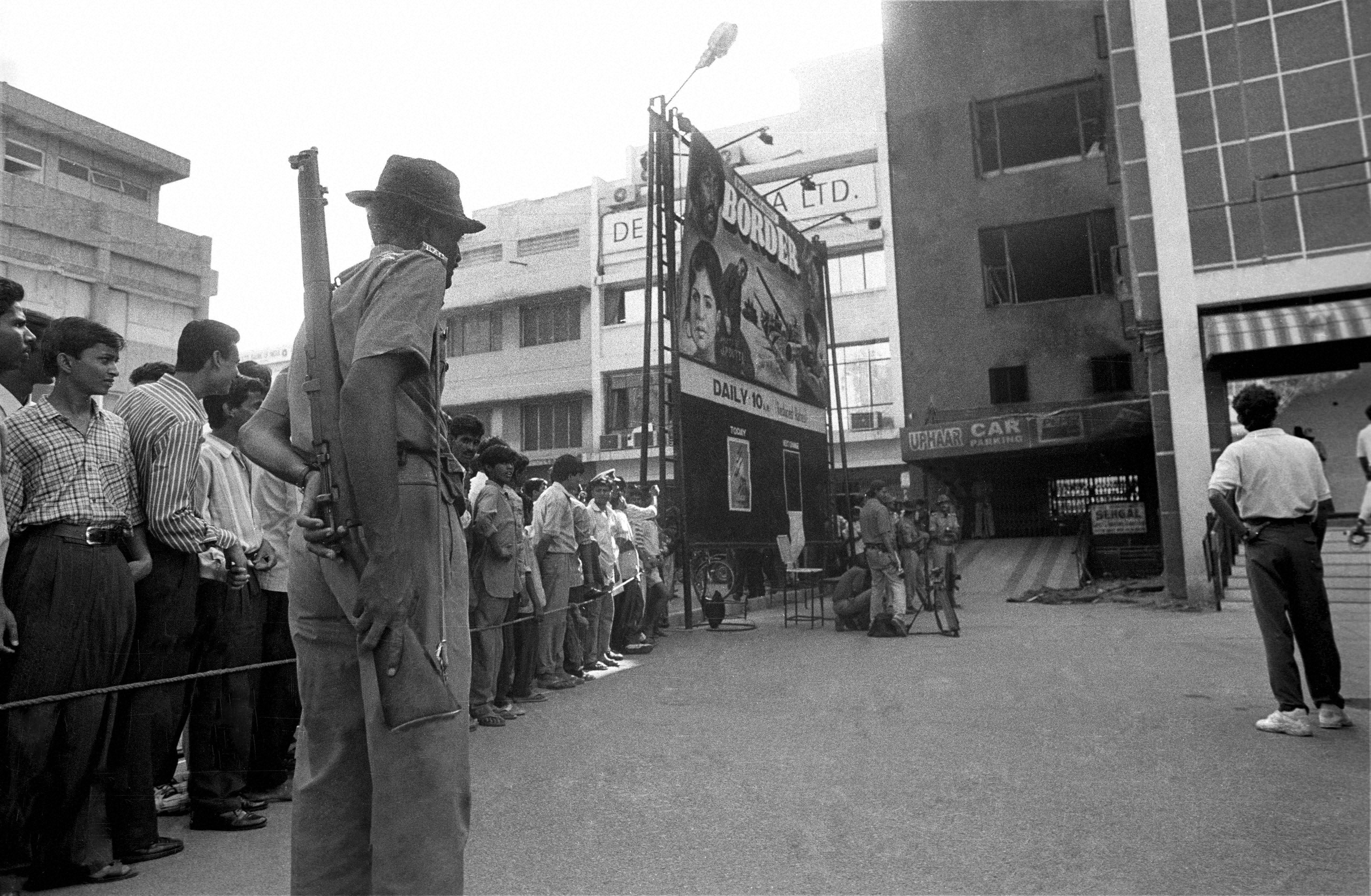 Exactly 22 years ago, on June 13, 1997, 59 patrons bought tickets to watch a patriotic movie, went to the cinema hall and returned as dead bodies with identification numbers pasted on their foreheads.

The incident happened in Uphaar Cinema, located in Green Park – one of the poshest localities in the national capital.

Welcome to the world of India’s fire safety standards in public places.

If Neelam and Shekhar Krishnamoorthy feel let down by the country’s body politic, bureaucracy and criminal justice system, they have reasons that go beyond their personal loss and struggle to get justice for their daughter Unnati and son Ujjwal. Unnati was 17 and Ujjwal was 13 on that fateful day. Her body lay just two stretchers away from his when their parents went to look for them in the OPD block of Safdarjung Hospital.

Entertainment had turned to death under the watch of several law enforcement and regulatory agencies in one of the worst fire tragedies in India’s history. In all, 28 families lost loved ones on that fateful day.

On the day, during the matinee screening of a movie, a spark in an electricity transformer on the ground floor of the Uphaar complex led to a fire. It spread to the parking lot, where cars went up in flames, leading to thick toxic smoke entering the auditorium via the air-conditioning ducts.

While the 750 people sitting on the first floor of the cinema managed to escape, those in the balcony were less lucky. Illegal extensions, obstructions, deviations, deficiencies, additional seats and blocked exits left them trapped as smoke filled the hall. Ujjwal and Unnati sat in the first row of the balcony, next to a gangway and exit that were illegally blocked to make space for an eight-seater box for the Ansal family.

It would be criminal to call it a tragedy. It was a man-made disaster waiting to happen. The owners of the cinema and the main culprits, Gopal and Sushil Ansal, were regular page three celebrities and a part of Delhi’s massively politically connected real estate lobby.

It started in the Delhi Vidyut Board (DVB) transformer installed in the ground floor car parking area. The fire was brought under control by 7.25 am. The DVB staff carried out repairs and restored electricity to the cinema by 11.30 am.

The fire in which so many people lost their lives broke out at 4.55 pm – within ten hours of the first incident.

The checklist of the criminal acts of commission and omission is as follows.

No public announcements were made to rescue or guide the way out. There were no fire alarms to alert people to the situation. No information was sent to the projector operator about the incident; the movie kept playing while the fire was raging. Exit doors to the middle entrance of the balcony were found to be bolted by the gatekeeper and no staff at the exit. And the addition of extra seats had completely closed off the exit.

The people in the balcony are said to have rushed towards the exit in pitch darkness, as there were neither emergency lights nor any cinema staff to help or guide them. The middle entrance was significantly narrower than required under the regulations. Fire extinguishing services were delayed due to heavy evening traffic and the location of the cinema hall, and it took them over an hour to put out the fire. There were not enough ambulances that day; the theatre owners did not have safety clearances; building norms were flouted; the victims were abused in court; and evidence was tampered by the Ansals. 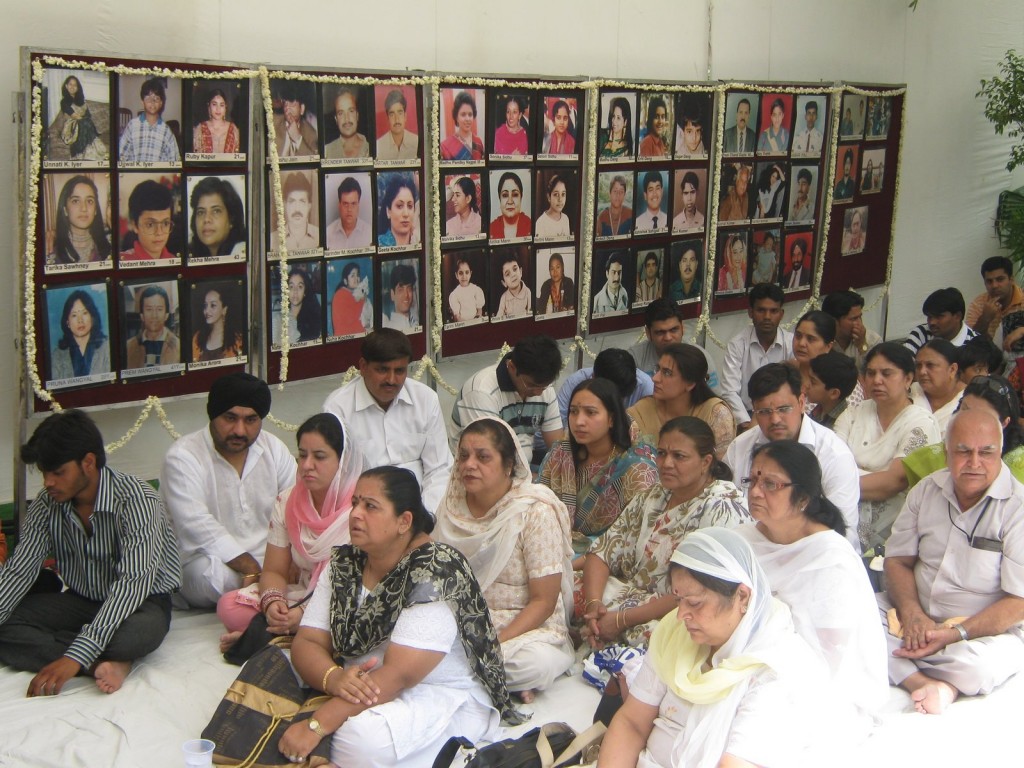 Fire poses a major risk to human lives, businesses and operations in India. In Mumbai alone, there is a 25-30% dip in footfalls and business. This is mainly because of the rise in fire incidents post the Kamala Mills tragedy in which 14 were killed. There have been 12 major incidents since the Kamala Mills accident in Mumbai. ‘Electric Short Circuits’ has been rated as the most significant threat under the risk category of fire. The National Crime Records Bureau (NCRB) data recorded a total of 1,13,961 deaths due to fire accidents between 2010 and 2014 at a startling average of 62 deaths per day.

According to the FICCI-Pinkerton India Risk Survey 2018, fire ranks at the third position among the major risks for Indian businesses. Terrorism and insurgency stand one rank lower. In last year’s survey, fire ranked at the fifth position. This sudden surge in the trend is not a coincidence.

Non-compliance to safety norms in factories and high-rises, lack of institutionalised funding and under-equipped fire services in India are the major reasons behind this surge. There is an acute shortage of resources with respect to manpower and equipment for firefighting. There are bodies to regulate fire safety norms, but poor implementation and coordination between different government bodies continue to be a big challenge. There are many instances of random inspections by the fire departments or the corporation or municipal bodies this year.

But, more often than not, the violators don’t get penalised. At times, these inspections are just paperwork, patchy and pointless. A case in point is from the national capital: An illegal firecracker-manufacturing factory was set up in the lieu of a plastic manufacturing factory in Bawana district, on the outskirts of Delhi. On January 20, 2018, the illegal unit caught fire trapping labourers inside due to the exit being blocked by construction activity going around in the vicinity. The accident claimed the lives of 17 people.

If this can happen in the country’s capital, what is happening in the interiors is too obvious for explanation.

Two specific points need to be made here.

One, the concepts of vicarious liability and joint liability have not been given due importance in India’s public safety laws. Despite incident after incident, our criminal justice system has not been able to make corporate tycoons and senior bureaucrats accountable for the loss of lives caused by latter’s direct complicity or indirect connivance or the-head-in-the sand variety of incompetence.

In the Uphaar case, the gatekeeper got two years’ jail time whereas the Ansals got away with less than one year.

While issuing bailable warrants against these two top former district officials after 33 long years of the man-made disaster, Bhopal’s Chief judicial magistrate (CJM) Bhubhaskar Yadav remarked, “Prima facie, it is evident that thousands of people were dying in Bhopal due to leakage of poisonous gases, the heads of the district, the collector and the SP, were using all their expertise and system to help a criminal escape rather than helping the victims”.

Also read: Uphaar: Convicts Allowed to Pay “For Their Freedom” as Pain Lingers For Families of Fire Victims

Two, India’s criminal justice system is heavily loaded against the victims and their families. In the Uphaar case, the accused sought needless adjournments on frivolous grounds and ended up getting the benefit of prolonging the trial.

In a state-centric society like ours, there is an urgent need for citizen groups and corporate alliances to step forward to create fire safety awareness that will eventually improve fire safety in the country. We need to carry forward the selfless work done by Neelam and Shekhar Krishnamoorthy in the memory of the memories that the fire turned to ashes because of the Ansal’s misdeeds.