No Walkable City. No Sustainable Development. Without its essential controls, Transit-Oriented Development is just a chaos of ugly skyscrapers.

While we are all trying to come to terms with life in the new world of social distancing amid the Covid-19 lockdown, we need to remain alert to the possibilities of social disruption on other fronts. Across the world, the crisis caused by the novel coronavirus pandemic is prompting calls for a return to people-oriented policies that place sustainability above profit. In India, however, we seem to be going in the opposite direction.

Unknown to most residents of Delhi and even urban planners and architects, the Union government is set to implement a modified Transit Oriented Development (TOD) policy for the capital that will wreck what remains of its historical and ecological heritage and make the city a less sustainable, walkable, liveable and equitable place for the majority of its residents. But more about that later. First let me reiterate why cities matter.

The promise of the city

As the world urbanises, social scientists accept that cities are going to be the lived realities of the future for most of us. More than half the world already lives in cities, especially in the developing world. A social structure that has very finely divided the skills needed from individuals for the effective functioning of the whole needs a large city as the natural crucible for this complex society.

Seen another way, a city is an agglomeration of individuals who have moved there to enable the lives of others, while making a living for themselves and their “family unit”.  While the traditional village may have conferred some” right” to be there – by descent, caste, creed, occupation or inheritance – cities are necessarily more voluntary, equal and democratic. A plutocrat can be as much an immigrant as the street hawker or labourer.

This societal agglomeration of individual beings, however, exists within the physical structure of that complex and dense settlement that is the city. Enabling the patterns of everyday lives of these diverse immigrants in that city, thus, becomes the crux of any success in coexistence. An urban collective can only succeed if it makes space for the servants who serve their employers, for the labourer who constructs those condominiums, for the vegetable seller, the mobile phone shopkeeper and so on. And for this physical collective, it becomes critical to have a physical Master Plan. 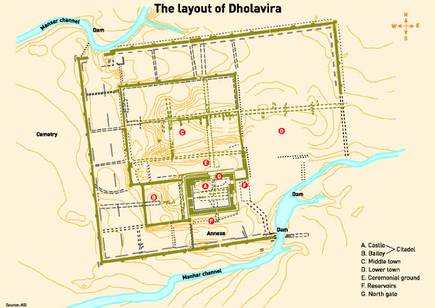 Belonging as we do to the ancient civilisation of well planned cities of great antiquity, Dholavira and Mohenjodaro, as well as to the one that birthed the more recent planned city of Jaipur in the 1700s, one would imagine that masterful planning of our cities would be imbued in our very genes. However, the reality of our cities today, as we all know, is far removed from this ideal.

Having inherited a fair number of cities that had grown or developed around still older cores through fairly successful colonial urban planning, the first few decades after Independence saw an amount of thought and effort devoted to this crucial aspect of successful coexistence.

For example, it was in this period just a decade after 1947, that the Delhi Development Authority ( DDA) came into being and became a pre-cursor to numerous such “authorities” around this country. Formed around similar noble ideals as in the case of DDA “to promote and secure the development of Delhi” and “to ensure an organised and structured development of haphazard growth of Delhi”, somewhere along the way the path seems to have been lost, as any denizen of any of our cities governed by such authorities would confirm.

This could be due to the laziness of the bureaucrats who failed to keep up continuous planning efforts commensurate to actual growth needs and patterns of the city. Or because of decades of neglect by those entrusted to adjust plans to meet changing social realities, to design for frameworks of movement and infrastructure, space for public needs. Or perhaps due to the venality of those entrusted by us who ‘plotted’ with others to exploit rising land values and opportunities.  Whatever the reason, it is not stretching the truth to call every contemporary Indian city a right holy mess.

What the old TOD plan envisaged

When it was first unveiled in 2007 as part of Master Plan Delhi 2021, the Transit Oriented Development (TOD) policy seemed to be a masterful attempt at reorienting the by now lost Master Plans of our cities to modern needs.

It was based on recognising that methods of movement, i.e. transit, had become core path givers to any future reimagination of cities – as millions move each day from places of residence to those of work or education or trade or for health reasons or to seek entertainment, making our cities a landscape of chaotic traffic, vast distance, great inequity of space, land values and opportunities.

Seeking to redevise the limited land already available in the city to provide sustainable, walkable, livable and equitable neighbourhoods for all rungs of society to live and work in together, the TOD policy gave hope to many. Thus, habitat professionals, with at least some minor understanding of physical planning needs and available frameworks, applauded the move to bring back an inherent, workable, equitable and strong logic to the Indian City.

Unfortunately, even as this policy remains largely on the drawing board, the government has moved to replace it with provisions that will turn it into its opposite

Steeped in the dark arts of the administrative ‘steel frame’ inherited from the British Raj, our bureaucrats have become masterful in the concealment of their true intent – towards changes in our laws or the structure of our cities. Cities, which, given soaring land values and acute space scarcity, have become potential generators of massive riches for the few who learn to game the system.

Hidden thus, in plain sight, was a public notice by D.D.A. in early 2019 that, within the typical double speak of such bureaucratic notices, called for drastic changes to the TOD policy. Changes that seek the dilution of the bye laws that govern development in Delhi; but once the policy stands changed, the inexorable dilution will seep to every city where it is implemented, every city that is, that has a Metro or a BRTS or any new transit method.

Concealed in these changes were massive dilutions to the original equitable mores of the very first TOD policy (somewhat akin to that innocuous “tender notice” a few months later, hidden on the side margins of gloomy pale newsprint, that called for a drastic reimagining of our core national space of the Central Vista).

Sadly, this DDA notice of 2019 seems not have been “noticed” – not only by us hapless common citizens of course, but as it now amazingly turns out, by even the core people who devised the original TOD policy on behalf of the government, and had very carefully woven in checks and balances mindful of motives of social and economic equity, environmental and natural factors, heritage precincts and monuments, and the diverse other things that need to be kept in mind when devising for the growth of throbbing urban agglomerations.

This unnoticed notice seems to have gone through the paces of the usual sham “public hearing” where everything eloquently voiced by concerned citizens is studiously ignored. Thus, the draconian changes intended have been embodied “indelibly” via the usual gazette notification, this one in December 2019.

Fortunately, our bumbling bureaucracy forgot to remove various stray references within other clauses that will become stumbling blocks to the gazette notification. Thus, new notice has been issued, and this gives us a renewed chance to insist that the changes proposed be rejected.

I will consider just four examples.

1. The modifications made seek to enable the drastic redevelopment – with a stupendously congested floor area ratio, or FAR of 500 – of hitherto preserved historic zones like the national Central Vista, the colonial leafy environs of both the Lutyens Bungalow Zone and Civil Lines and the Walled City of Shahjahanabad.

The new TOD policy will free these areas of critical heritage and/or environmental richness for exploitation by anyone who owns a mere 1 Ha ( 2.5 acres) of land there. Land that we know many of the traditionally wealthy or government departments own. Land we liked to think was preserved in posterity for either enriching our sense of history or our environment in this crowded polluted faceless metropolis.

2. If this leaves you gasping for breath, consider this: while the original TOD policy called for reservation of 20% of the land being redeveloped under that policy for public spaces for parks and open spaces freely accessible to all, including outsiders, this is being removed in the modifications proposed.

3. A third instance is the removal of a clause that called for reservation of another 20% of land for public roads and road widenings – even though such dense development with such a massive FAR are going to mean a huge uptick in the number of occupants and thus in resultant traffic.

4. One could go on and on (since the modifications run into 17 closely spaced pages of dense bureaucratese hiding such drastic dilutions), but a last breath-taking deletion I would like to mention to give you a sense of the magnitude of urban loss contemplated for India’s hapless cities is the removal of a clause that called for at least half of newly created space in the new “development” enabled by this TOD policy to be reserved for scarce residential units.

The earlier policy set a maximal size of 700 sq.ft, half of that being reserved for units below 430 sq.ft, thus giving the more modestly endowed among us an opportunity to stake a claim to a place in their “own city” ( as opposed to the furthest dusty far flung suburb). This insistence on affordable housing is being inexplicably removed. Thus freeing up all valuable core urban zones from any lower middle class occupation to be developed as large condos, expensive central office space worth millions, yet another 5 star hotel or an exclusive mall.

Last, but what is worst, even the clauses that allowed for public objections and public hearings – however much a sham they were – are sought to be removed. It does make one wonder if this is any more a democracy of any sort.

While the custodians we empowered to hold our public lands in public trust seem to be hell bent on monetizing them with no thought to larger public good, we have been allowed a window to still prevail; or if not prevail, to at least voice our objections. We need to rise to the occasion before it is too late for even this.

If this issue finds resonance with you please join us by voicing your objection at  https://letindiabreathe.in/TOD.

Narayan Moorthy is an architect living and practising in New Delhi and one of the members of LokPATH, a loose collective of over 350 citizens from diverse walks of life, from homemakers to sociologists via habitat professionals, who have come together in the past five months to seek appropriate transformations of habitat.