Analysing the status of the Smart Cities Mission and what it needs to consider going ahead. 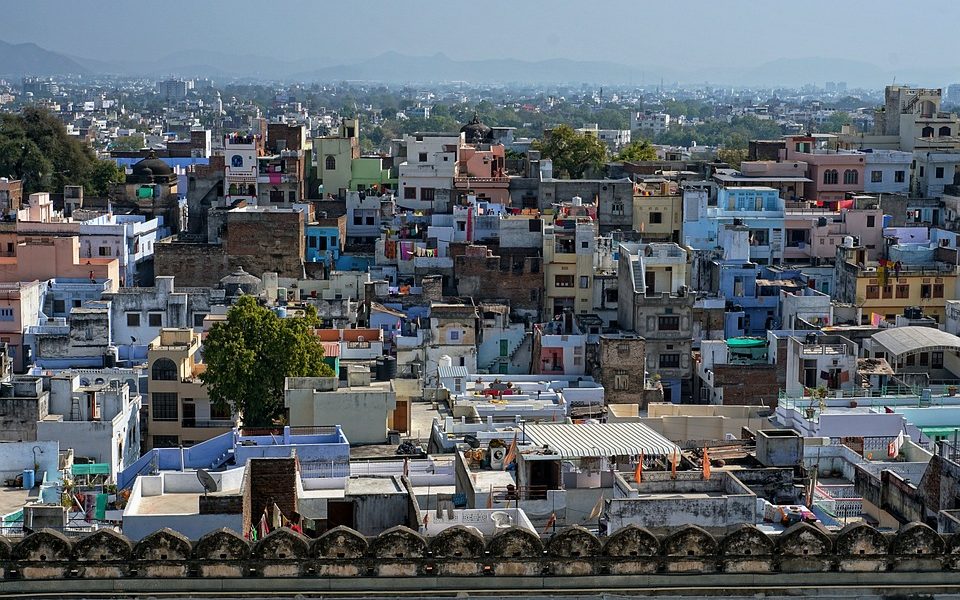 A view of Udaipur. Credit: Pixabay

This is the second article of a four-part series on India’s urban schemes. Read part one here.

The Smart Cities Mission (SCM) was launched on June 25, 2015. The objective of the SCM is to “promote cities with core infrastructure which offer a decent quality of life to its citizens, a clean and sustainable environment and have the potential to apply “smart solutions””. The Mission has adopted a two-pronged strategy: area-based development, wherein certain areas are taken up for development, and pan-city solutions, wherein cities implement at least one or more smart solutions in areas of priority for the entire city.

At the time of announcement, all the projects were expected be completed within a span of five years (by 2020). Given the delay in the selection process, the SCM was extended by three years till 2023.

Through a competitive process, 100 cities were selected across three years to be the flag-bearers of the SCM. The process of selection followed a challenge (competition) process consisting of two stages. In the first stage, the intra-state competition was conducted by the state governments based on four broad criteria:

In the second stage, among the shortlisted cities, the Ministry of Housing and Urban Affairs (MoHUA) selected 100 cities. The selection process continued till 2018. The number of cities selected under the SCM over various years are represented in Table 1.

Among the total cities selected, maximum were from Tamil Nadu (11) followed by Uttar Pradesh (10), Maharashtra (8), Madhya Pradesh (7), Karnataka (7) and Gujarat (6). These six states constitute almost 50% of the total number of smart cities. The state-wise distribution of smart cities is given in Graph 1.

At the city level, the SCM is being implemented and monitored by a special purpose vehicle (SPV), a limited company incorporated under the Companies’ Act, 2013, in which the state/union territory government and the urban local body (ULB) are the promoters having 50:50 equity shareholding. As of January 3, 2019, all 100 smart cities have formed SPVs, 97 of which have procured project management consultants and all have constituted city-level advisory fora.

The Central government promised to contribute Rs 48,000 crore over five years – an average of Rs 100 crore per city per year. A total of 5,151 projects worth Rs 2,05,018 crore have been proposed by cities in their smart city proposals. The excess amount will be funded through convergence of resources from Central/state governments and ULBs, as well as externally funded schemes/projects. The scheme also envisages to fund its projects through public-private partnerships.

Issues brought to light by the parliamentary standing committee

Citing the low budgetary expenditures in the first three years of the implementation of the scheme, the Parliamentary Standing Committee on Urban Development in its 22nd report stated that it is “perplexed about the actual progress made so far under the Mission at ground level” as the budgetary expenditure is too low. The underutilisation of funds is also evident from the fact that on comparing expenditure incurred to the funds sanctioned, out of the 35 states/UTs, 26 states have utilised less than 20% of the funds released (see Graph 2).

In addition to highlighting the low budgetary expenditure under the SCM, the committee’s reports also brought forth various issues like the ground reality of work done under the SCM being different than what is claimed by the government, the shortage of planners with ULBs for executing the work and lack of coordination between the implementing agencies.

On the issue of reported false claims of work done under the SCM, the committee mentioned that even in its previous reports, it had questioned the state of affairs with regard to work done. In response, the ministry provided details of monitoring mechanisms available under mission guidelines at the national, state and district level.

The committee mentioned that it is “surprised to find that in spite of available mechanisms, the complaints about poor work under the Mission are still pouring in before the Committee”. Therefore, it recommended that “all those cases questioning the claim of work done under Smart Cities emanating from local MPs be probed expeditiously and the guilty be brought to book”.

On the issue of shortage of town planners, the committee feels that the 5,500 town planners who are working under the SCM with ULBs are too few, and suggested that it is the duty of the state governments to create an ecosystem to ensure the success of the Mission.

It is important to note that the standing committee appreciated the efforts of the ministry in initiating the process of finalising a liveability index through state governments/ULBs for the purpose of assessing which city is better for living among 116 cities (whose population is more than 10 lakh and which comes under the SCM or are capital cities of states/UTs) by way of undertaking a country-wide exercise called Sarvekshans of 2016, 2017 and 2018.

The committee recommended that this drive be undertaken expeditiously, which will open up choices to the common man to move on to different cities, depending upon their suitability. The assessment is based on four verticals – physical development, social development, economic development and environmental development. There are 15 different sections in each vertical. The ministry is assessing 79 parameters under these verticals with a target to set a benchmark to compare the development achieved in each city. The ministry aims to assess ways to improve liveability of people in the cities through surveys.

As most projects under the SCM are either in the developmental stage or early implementation stage, it is imperative for the political party elected at the Centre in 2019 to re-consider these projects in context of the following questions:

Does the SCM consider popular concerns, or is it focused on only promoting the interests of a few?

With its emphasis on high-end infrastructure and technology-driven surveillance, the SCM fails to address a primary concern of the country – the critical need for access to housing and basic amenities (like electricity, water, schools and public hospitals) for millions in the country. The repeated emphasis on high-end infrastructure and superlative quality of life hints that the SCM may be just a garb to promote the interests of a few.

Who will be able to afford to live in these cities?

Increased cost of development will invite high cost of living as well. So, who are we really building cities for under the SCM? 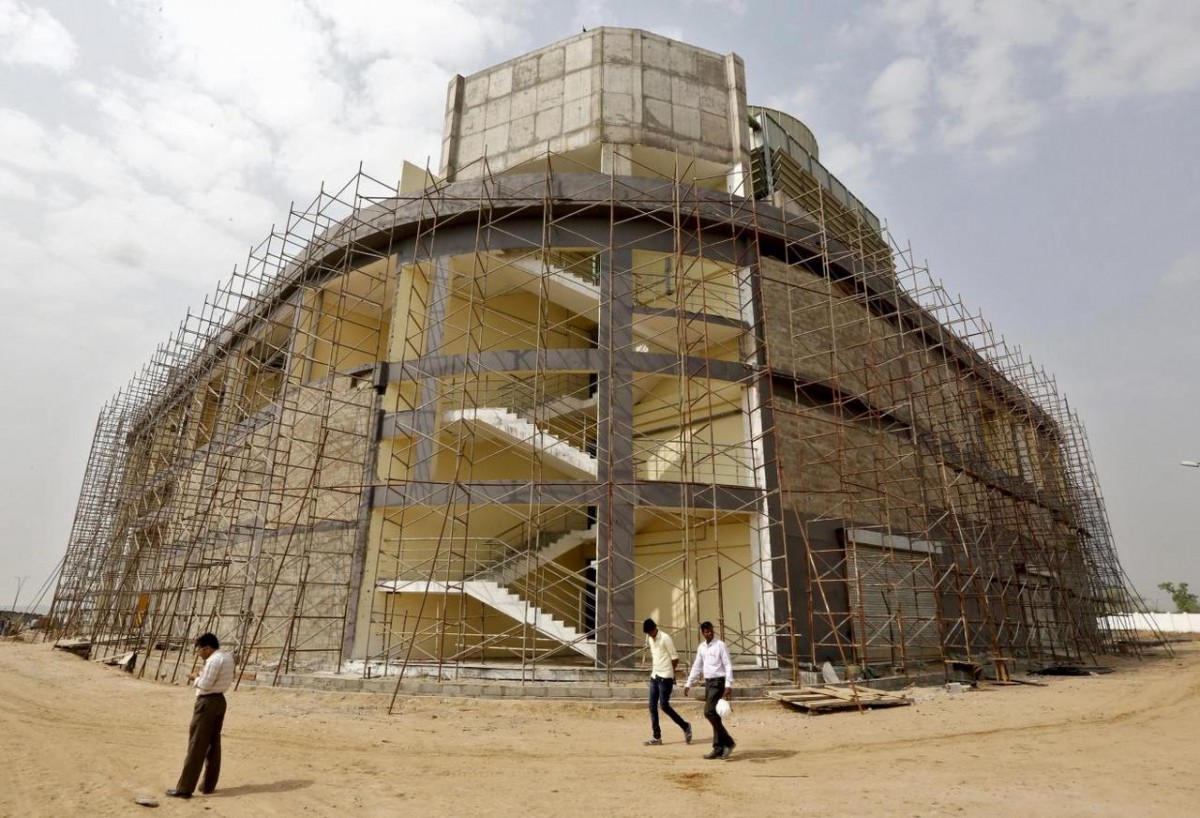 The high investment on area-based development means that majority funds will be spent on developing small parcels of land in cities. It is important to note the areas mapped for development under the smart cities’ proposals. For example, the selected area in Delhi under the mission is New Delhi Municipal Corporation, which is already one of the most developed areas, and the projects developed in these areas are likely to cater to the needs of a select class.

As another example, consider the public bicycle sharing project being implemented by many cities such as Pune, Delhi, Bhopal, Coimbatore etc. The instructions for hiring a bicycle on the company’s website are only in English and the payment systems only accept online modes of payment.

When infrastructural development is not accompanied by inclusive programmes, it might lead to visible forms of spatial inequalities that further pushes the urban poor to the margins (both spatially and financially), and smart cities seem a recipe for such a disaster.

Also read: How Feasible Are Visions of Congress and BJP for India’s Urbanisation?

Are SCM implementations being driven by those unfamiliar to the city’s needs?

Another issue is that the concept of smart cities is solely characterised by expertise and technical knowledge, which in turn is shrinking the space for grassroots participation and local knowledge. In the absence of community participation, project proposals are being prepared and evaluated by consultants who are far-removed from local realities and needs. The articulate of the vision for the city seems to be driven by techno-managerial utopias and is blind to the issue of millions who barely survive in the city.

The SCM has been highly critiqued for its proposed funding mechanism. The Mission envisages an overall funding formula of 40:40:20 between the Centre, states and ULBs. In India, many municipal corporations lack resources to undertake projects of this magnitude.

The scenario is worse than that of the Jawaharlal Nehru National Urban Renewal Mission (JNNURM), which had asked local bodies to fund just 10% of a particular project. Seeing that municipal corporations were not able to fulfil that requirement, expecting them to raise 20% under the SCM is unrealistic, according to a former deputy mayor of Shimla.

It is likely, therefore, that ULBs struggling to meet investment required will hugely rely on private investments, and this might create pressure on the government to create avenues for private companies to earn assured return on investments.

Isn’t the SCM causing a conflict between the SPVs and ULBs?

In addition, the creation of SPVs undermine the role of ULBs as the latter’s major functions are being undertaken by the SPVs, which are private limited companies created for a specific purpose (and are liable to be influenced by private interests). SPVs could also be possibly dissolved at any time without due resolution of complaints or accountability of potential malpractices.

Urban schemes like smart cities which involve huge financial investment and influence the development of urban areas should focus more on social rationalities rather than market rationalities. There is a high risk that these schemes will be influenced by corporate giants who will make their own strategic selections, undermining the real needs of the millions who build and inhabit these cities.

Shaguna Kanwar works with Youth for Unity and Voluntary Action (YUVA) as a Project Coordinator – National Programmes. Among other things, she works on data analyses of parliamentary sessions and advocacy with MPs on issues of urban poverty and informal labour. YUVA has conducted an in-depth analysis of the questions raised in the Indian parliament on urban issues in 2018 and you can read the complete report here.