The relocation will be for the period during which the new parliament building – a part of the Narendra Modi government's Rs 20,000 crore Central Vista redevelopment project – is constructed 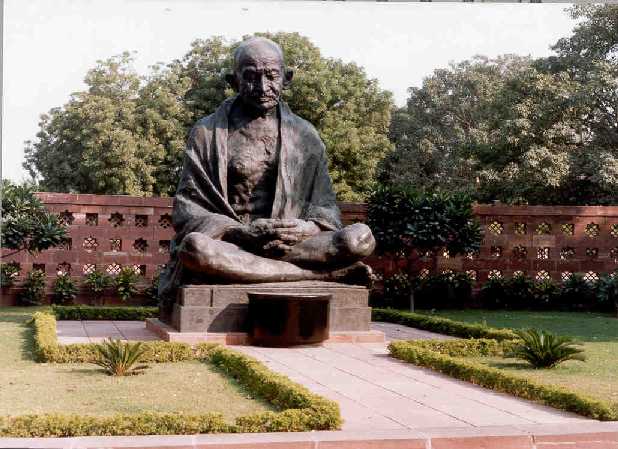 New Delhi: The iconic bronze statue of a seated Mahatma Gandhi at the parliament complex in the National Capital will soon be moved temporarily, The Hindu has reported.

The relocation will be for the period during which the new parliament building – a part of the Narendra Modi government’s Rs 20,000 crore Central Vista redevelopment project – is constructed. The paper was told by an unnamed senior government official that the statue will be given a “prominent place” once the project is completed.

The new parliament building will be constructed close to the existing one and is expected to be completed in 21 months. Construction on what is being reported as a triangular structure is scheduled to begin in December.

Tata Projects Limited has won the bid to construct the building at a cost of Rs 861.90 crore, outbidding L&T Ltd which had submitted a bid of Rs 865 crore.

According to the Central Public Works Department (CPWD), the new building will come up at plot number 118 of the Parliament House Estate. The Gandhi statute is opposite gate number 1 in the Parliament House and reportedly came in the way of the boundary wall of the construction site.

The statue, at 16 feet, forms the site and background to many a show of protest by Members of Parliament. It also plays unwitting host to impromptu press conferences by MPs.

Sculpted by Ram Sutar, the statue was unveiled on Gandhi’s birth anniversary in 1993 by then President Shanker Dayal Sharma.

Modi’s expensive Central Vista project, greenlit during the heydays of the pandemic, has been critiqued not just for its timing and expense but also its ostensible opacity, displayed through a hurried process of public consultation.

Among others, 60 retired civil servants have written an open letter to Prime Minister Narendra Modi and Union housing and urban affairs minister Hardeep Singh Puri to express their “grave concerns” that the project would do away with “the most iconic heritage precinct of New Delhi.”