Those rescued and injured were sent to the Bhabha Hospital in Bandra and V N Desai Hospital in Santacruz. 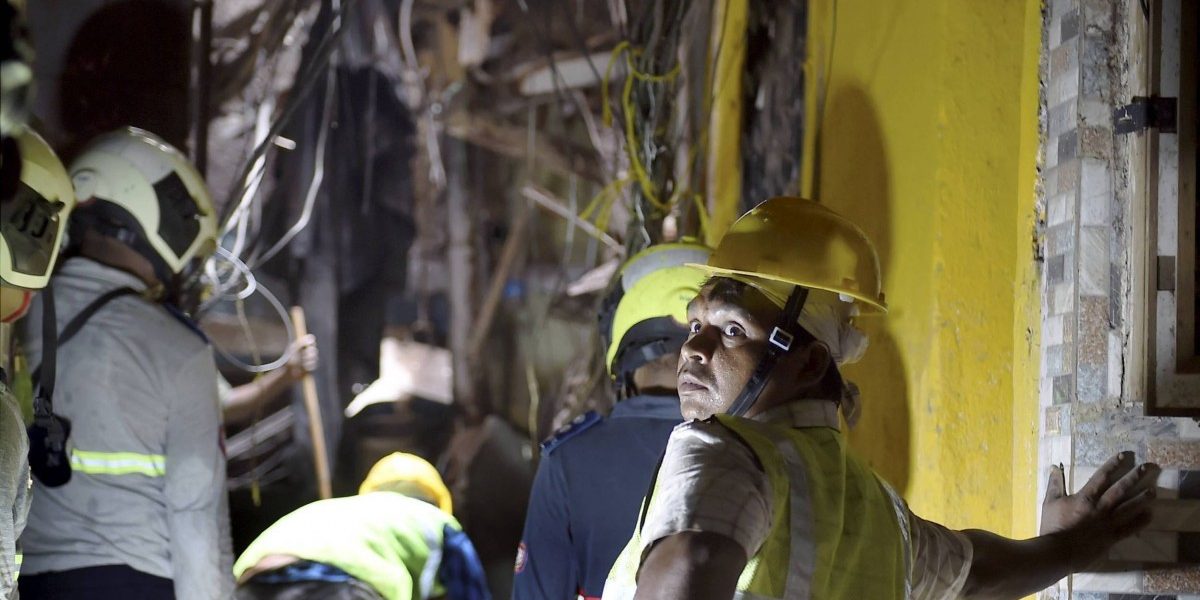 Rescue and relief work underway after a portion of a four-storey building collapsed on another house, at Rajjak Chawl in Kherwadi, Bandra (east) in Mumbai, Monday, June 7, 2021. Photo: PTI/Kunal Patil

Mumbai: A 28-year-old man died and five others, including a woman, were injured after the wall of a four-storey building collapsed on an adjoining two-storey house in suburban Bandra on Monday, a civic official said.

The incident occurred around 1.45 am following which fire brigade personnel rescued 11 people, while some locals managed to save another six persons, he said.

The structures are located in Rajjak Chawl on Kherwadi Road in Bandra (East), he said.

Those rescued and injured were sent to the Bhabha Hospital in Bandra and V N Desai Hospital in Santacruz, the official said.

He said authorities at the V N Desai Hospital informed that one person, identified as Riyaz Ahmad (28), was brought dead to the medical facility, while another person, Nooral Haq Haider Ali Sayyad (21), was brought with minor injuries.

Four other persons — Salman Khan (24), Rahul Khot (22), Rohan Khot (22) and Lata Khot (48) — were undergoing treatment at the Bhabha Hospital and their condition is stable, the civic official said.

Meanwhile, the work of clearing the debris is going on even 21 hours after the incident.

“Fire Bridge personnel are still at the site and the work to clear the debris is going on,” another Brihanmumbai Municipal Corporation (BMC) official said.

Local MLA Zeeshan Siddique said the electricity supply of the area is disconnected as a precautionary measure.

“Almost 20 hours now since the unfortunate incident of the structure collapse in Bandra East. As of 10 pm right now debris is still being cleared. The electricity of the area has been cut as there are live wires which could be dangerous while clearing debris,” Siddique tweeted.