Without a comprehensive environmental impact assessment report which considers the cumulative impact of these projects, all of which are in the same location and have identical impact radiuses, the public has no way of knowing the full scale of possible impacts they will have to live with in the long run. 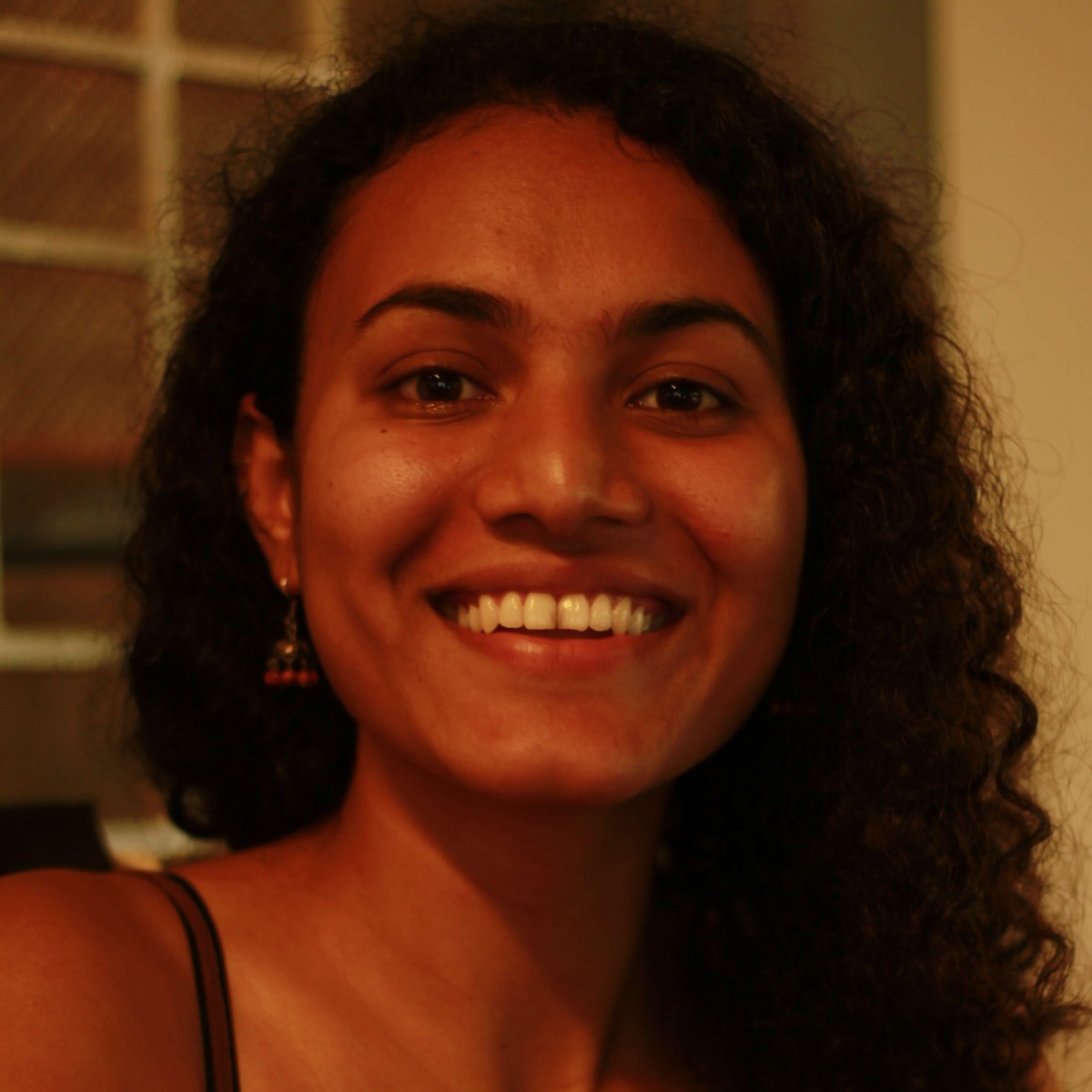 One of India’s oldest and largest ports, Mormugao Port is about to see some major changes if things go according to plan for the Mormugao Port Trust (MPT). The latest proposal for modernisation and expansion of this port – an integral part of the SagarMala behemoth – is being hailed by the port authorities as the ultimate answer to the problems of the state.

But curiously, bundled along with the proposal to build a brand new fishing harbour are five other proposals – to build a liquid cargo berth which will handle petroleum, oil, lubricants (POL), LPG etc. This bouquet of projects was set to be scrutinised by the citizens living in a ten-km impact radius at a public hearing on October 5. At the public hearing, as mandated by the Environment Impact Assessment (EIA) notification of 2006, the main point of discussion would be the draft EIA report submitted by the project proponent. This is an important process that allows citizens to weigh in on such projects.

It was clear that the district administration wanted to finish the proceedings in one day and not allow a repeat of last year’s marathon seven-day public hearing. Of 44 registered speakers on Day 1, 19 presented detailed objections quoting problematic and confusing sections of the EIA. They demanded clarifications from the consultant and project proponent who in most cases said, “We will get back to you with this information.” These answers will likely be included in the final EIA but how many citizens will have access to it and whether they can give feedback is an important question that needs attention.

The total cost for the current proposal as per the EIA is Rs 679.62 crore of which Rs 534.62 crore is allocated for the POL and other cargo berths and dredging. The fishing jetty accounts for just 18.25% of total project cost.

The rationale given to justify a new POL berth is that the current POL berth cannot handle the expected growth in liquid cargo in the future. But from the EIA it becomes evident that the forecasted increase POL handling from 2018 to 2030 is merely an increase of 0.58 MTPA. On the other hand, the handling of thermal coal forecasted from 2018 to 2030, an increase of 7.13 MTPA, double of 2018. Furthermore, coking coal quantities are set to increase by 23.5 MTPA by 2030, almost 3.5 times more than quantities to be handled in 2018! One could could infer from this that the major growth in cargo handling at MPT till 2030 is going to be coal-related and not liquid cargo.

This becomes important as the EIA also notes that POL activities need to be shifted to this new berth as MPT has already signed a PPP agreement (with Vedanta) for the redevelopment of berths 8 and 9 respectively. This specific proposal was vociferously rejected by Goans at its public hearing in 2017 and MPT has not received any Environment Clearance (EC) for the same. But the EIA seems to assume that this is a mere formality.

This EIA report introduces the project by stating in no uncertain terms that it is an integral part of the prime minister’s flagship SagarMala Project of the government of India which aims to strengthen “port-led development”. It specifies that other aspects of this expansion will include redevelopment of other berths in the port, improvement of road and rail connectivity for evacuation of good. Dredging of the navigation channel etc. Despite this admission of the interlinked nature of the current proposal with earlier proposals made by MPT and other parties in 2017, there has been no assessment of their overall impact. This sort of assessment is statutorily mandated by an office memorandum of the Ministry of Environment, Forest and Climate Change (MoEFCC) dated December 24, 2010 regarding the process of assessment to be followed for integrated and interlinked projects.

Without a comprehensive EIA which considers the cumulative impact of these projects, all of which are situated in the same location and have identical impact radiuses, it is safe to say that the public has no way of knowing the full scale of possible impacts they will have to live with in the long run.

The POL berth and associated activities are proposed to be built on Kharewado beach in Vasco da Gama city. This beach is in the heart of the city and 2,000 fisherfolk live and work on this beach. They have homes adjoining the beach and land their fish catch in canoes directly onto this area. The beach over looks Vasco Bay which has already been dredged numerous times by MPT which includes illegal capital dredging in 2016. This illegal activity was noticed, challenged and shut down through an order of the National Green Tribunal won due to the vigilance of Kharewado’s fisherfolk.

The EIA report in its social impact assessment fails to mention any impacts on the fisherfolk who live on this beach or the many more who live in the 10-km impact radius. It only states that the fishing jetty will be a boon for them and that about 70 labourers will be hired during the construction phase. The description of project layout also states that MPT wants to build a “security wall” around existing residences in Kharewado, thereby cutting off direct access to what has traditionally been their fish landing and canoe parking site. How MPT will compensate for loss of access to 50% of the beach and what the impact of dredging, construction and reclamation on fish stock and trade will be remains a mystery.

The report talks of creating a world class fishing harbour but does not state how they will accommodate berth back up areas, parking of trucks, passenger vehicles, other storage along the beach (which can be see at the existing jetty) without displacing the fisherfolk who current live along the beach. Without this, the assessment is incomplete.

This beach is a public beach which is still used by residents of the area despite being severely neglected by municipal authorities. The issue of privatisation of common use areas is not acknowledged in the EIA at all, leave alone analysing the impacts..

The EIA has an interesting take on the environmental impact of this set of proposals. It talks of how the water column in Vasco Bay is already severely disturbed and any more dredging etc will further destabilise it. It explains how dredging impacts fisheries resources. It uses 1977 field observations by CWPRS to predict changes in tide patterns. It explains that the corresponding increase in vehicular traffic from these new berths and jetties will lead to increase in air pollution for Vasco city. But interestingly, when it comes to concrete plans on how these impacts can be mitigated, the EIA takes the stance that minimal measures such as ensuring tracks move about during only particular times or that dredging isn’t done during fish breeding season will suffice.

It is important to note that there haven’t been traffic studies done to explain the foreseeable increase in vehicular activity. There is no specific explanation of impact of oil spills on the ecology of this region which is home to protected species such as the humpback dolphin and visitors such as the Olive Ridley turtle, whale sharks, orcas and an existing coral reef about 7-km from the site.

In fact, half the contents of the Environmental Management Plan represented in Table 8.2 of the EIA are missing for some inexplicable reason. The EIA in fact doesn’t even record the existence of the species named above because the consultants did not spot them during their data collection trips even though there is plethora of scientific data and news reportage on the same.

When it comes to addressing the safety risks that will be faced by fisher folk, trawler owners and associated labour, other residents and businesses which exist a few yards from the proposed POL berth, the EIA report seems to indicate that the risk is minimal. The only ones at dire risk are of course anyone who will use the fishing jetty, the passenger jetty and other launch jetties. The fishing habour will be separated from the POL berth by a 3-metre wall. There is no explanation as to how a wall will protect either the fisherfolk or tourists or locals in the event of an explosion, oil spill or radiation leak.

The EIA also fails to mention and address the fact that numerous highly congested and important public sites like the local vegetable and fish market, municipal building, post office, court etc lie within 0.5 km of the proposed POL berth. In fact, even the fuel storage tanks of Hindustan Petroleum Ltd and coal stacks in MPT are about 0.25 km from this site.

When this same project came up for public hearing in May 2017, it had to be cancelled because of numerous lapses in the EIA report which were highlighted by citizens. It has been revealed recently that the MPT Board meeting minutes dated march 23, 2018 (prior to the first public hearing set for this project) showed that the Board “decided” that “The time slot for each speaker will be limited and repetion of subject will not be permitted.” It is disturbing that this project proponent assumes the power to decide what can and cannot happen at a public hearing that has direct bear on whether said Project Proponent receives an EC for that very project. Public hearing proceedings are controlled by the district collector along with the team from the state’s Pollution Control Board and the project proponents have no legal say in the same.

Another observation is that though the EIA text states that they have used the Coastal Regulation Zone (CRZ) notification of 2011 as the basis of demarcation of high tide and low tide lines, a first level perusal of the HTL/LTL CRZ map and its legend annexed with the EIA report shows that the Anna University as actually done the mapping based on CRZ Draft Notification of 2018 which is not in effect. Goan fisher folkhave strongly objected to this draft notification and have made multiple official submissions to this effect. The use of a draft policy with no legal sanction for such an important mapping is untenable.

An important judgement of the NGT in 2017 directed states to complete the process of formulating their Coastal Zone Management Plans (CZPMs) before any projects are given environment clearances. In fact, in a recent order regarding displacement of fisherfolk from Baina beach in Goa, the NGT has again ordered the Goan government to ensure demarcation of fishing villages. In light of these judgements, it is questionable as to how the appraisal of these projects are moving forward since they are not based on the required CZMP.

Lack of administrative action on complaints

Though citizens, especially fisherfolk, have raised these issues with the district collector and many other authorities, no action has been taken to address these points. Demands of the traditional fishing communities that the existing jetty be modernised so that trawlers can function with ease and the rest of the beach be handed over to them for customary use as part of their fishing village has fallen on deaf years for decades. In light of these circumstances, it becomes quite difficult to see how this set of proposed projects is for the betterment of the indigenous fishing communities in and around Vasco da Gama.

Goa citizens are no strangers to the public hearing process, having forced the Goa State Pollution Control Board to conduct a seven-day public hearing in 2017 where they unanimously rejected three proposals for expansion of coal handling and dredging activities at MPT. Similarly, October 5, 2018 too proved to be a demonstration of citizens exercising their right to participate in democratic decision making, especially as it relates to the survival of their livelihood and future generations.