The university administration had earlier said that the dorms were no longer safe for use. 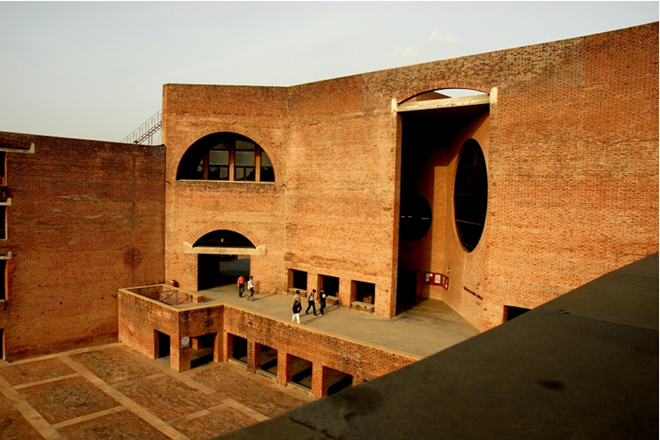 New Delhi: The Indian Institute of Management, Ahmedabad (IIMA) has decided to withdraw its proposal to demolish 14 of its dormitories designed by American architect Louis Kahn in the 1960s, following widespread opposition, an official told PTI on Friday.

One of the top business schools in the country said it will re-evaluate options and chart out a course of action as some stakeholders had objected to razing the dorms and building new ones.

In a statement issued on Friday, the Board of Governors for the IIMA said they are “sensitive to the feedback from some stakeholders” who were not in favour of razing the student dorms and building new ones, for which, an Expression of Interest was issued by the institute.

“We are therefore withdrawing the Expression of Interest that was put out. We will deliberate on the feedback received, re-evaluate the options, consult the best global conservation structural experts, and chart out a course of action, which the institute will communicate in due course,” the statement read.

“We seek your support as we try to find the best answer to the issues of how to cater to our responsibility to a significant legacy, the safety of those who utilise the buildings as well as being in tune with the needs of the future,” it added.

Explaining the reason for the plans to “reconstruct” the unsafe dorms, the BoG said although the IIMA recognises that it has to nurture a cultural legacy, there can be “no compromise on the safety of residents of the dorms”.

However, IIMA alumni, architects’ organisations in India and some of them abroad and even family members of Kahn had objected to the razing of the dorms after the institute announced its decision.

The institute had said that these dormitories have suffered damages beyond repairs over the years, due to various reasons including 2001 earthquake and water seepages.

Kahn, a world-famous architect, had been called to Ahmedabad by renowned scientist Vikram Sarabhai to design various buildings, and the IIMA was one of the iconic structures built by him in the 1960s.

In his effort to convince former students about the decision to reconstruct, IIMA director Errol D’Souza, in a letter to the alumni a week ago, had also shared photographs of the dilapidated state of the around 60-year-old iconic brick structures.

“We felt it necessary to keep you informed as we are the custodians of the Louis Kahn buildings that have the potential to inspire future generations. Over the past couple of decades, the buildings have undergone dilapidation and structural deterioration,” he stated in the letter.

“The earthquake at the beginning of the millennium and water seepage through ageing and deterioration of the exposed brick walls has resulted in large cracks in masonry and periodical detachments of it in fragments. They are unsafe for living,” he stated.

On Thursday, more than 600 architects and academics, representing 118 universities from over 30 nations, had written to D’Souza, saying the demolition would hurt IIMA’s global reputation. “It would be an act of cultural vandalism. The letter calls upon IIMA to embrace a comprehensive plan for conservation of the entire old campus, and lead the conservation efforts of modernist architecture, by way of example,” signatories said. Signatories included Pritzker Prize winners B.V. Doshi, Alejandro Aravena and Rafael Moneo, among others.