Hyderabad: Prospect of Pulling Down Osmania General Hospital Has Heritage Activists Up in Arms

The hospital was in the news after it was inundated in the recent rains that lashed the city. Doctors too have been citing lack of safety. But heritage lovers say there are other ways of preserving it. 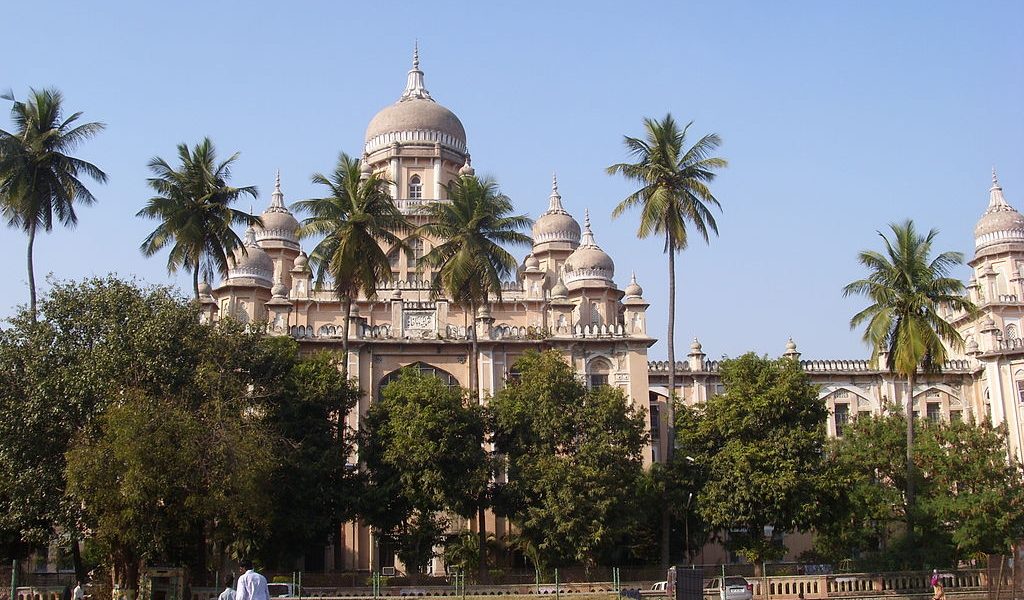 Hyderabad: The 155-year-old Osmania General Hospital, a heritage building dating back to the Nizam’s times in Telangana’s state capital, will cease to exist if the Telangana Rashtra Samithi (TRS) government follows through on its decision to pull it down.

The hospital, with 1,100 beds and nine operation theatres, was in the news after it was inundated in the recent rains that lashed the city on July 13 and 14.

As sewage and rainwater flooded the wards, patients raised concerns over the conditions. In the wake of widespread criticism from opposition parties and civil society, Director of Medical Education K. Ramesh Reddy in a letter to the OGH on July 22, directed the hospital authorities to vacate the building and shift patients to the other blocks. This would ostensibly make way for the demolition of the old structure. “Any deviation from the directives will be viewed seriously,” Dr Reddy warned in the letter.

Telangana Chief Minister K. Chandrasekhar Rao had, in 2015, proposed the demolition of the OGH building, built during the rule of the last Nizam of Hyderabad, Mir Osman Ali Khan, and construct a world class hospital building complex in that place. But he backed out from his move following strong resistance from heritage activists.

The reprise of the decision comes amidst the OGH Doctors Association staging demonstrations asking for the building to be pulled down and a new one to be constructed in its place.

The doctors have cited incidents where chunks of plaster have fallen off as well. In November, 2018, junior doctors had launched a 75-day strike, asking the government to declare the building not fit for use. 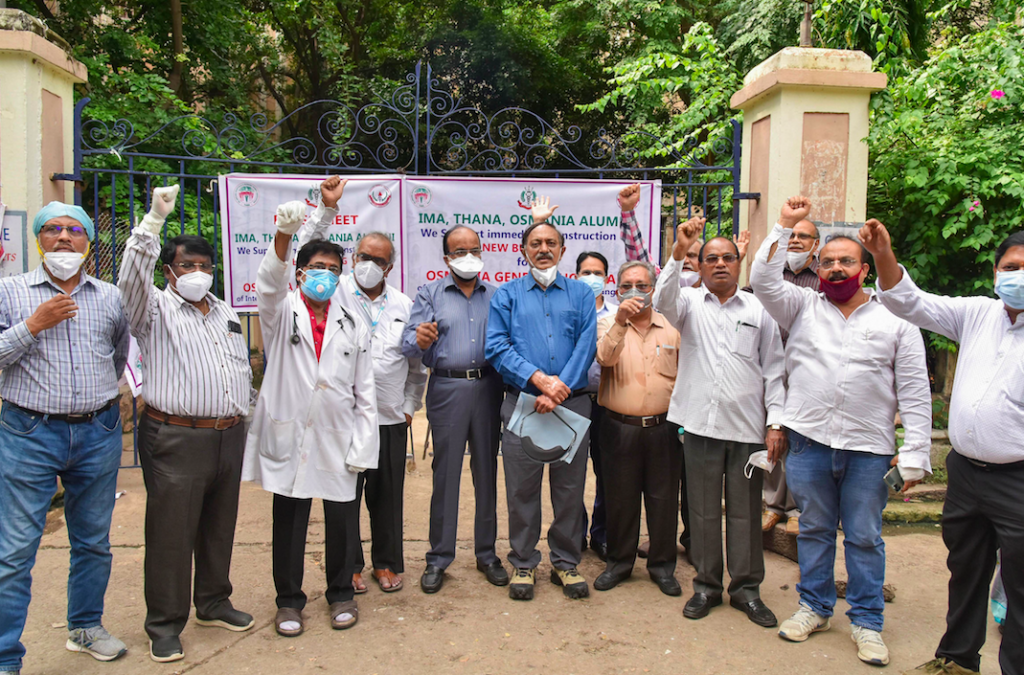 Osmania General Hospital is located on a piece of land measuring 1.5 acres in an area sprawling 26.5 acres on the banks of the River Musi. The hospital was designed by British architect Vincent Jerome Esch. It is a fine example of Osmanian style of Indo Saracenic genre of architecture and is an integral part of Hyderabad’s riverscape and skyline, the change.org petition to save the building reads.

It started out as the Afzal Gunj Hospital in 1866 under the aegis of Salar Jung the First during the Nizam’s period and the present Osmania hospital building was completed in 1919 on orders of the last Nizam.

The hospital structure is graded as a II-B Heritage Building in Hyderabad Metropolitan Development Association (HMDA) listing and is protected under the Heritage Regulations of HMDA.

Soon after KCR’s demolition decision in 2015, Indian National Trust for Art and Cultural Heritage (INTACH) conducted a structural stability and safety study and presented a comprehensive report to the government over its safety.

Shahid Sajjad, convener of the Hyderabad branch of INTACH, who was part of the team, told The Wire, “The heritage building is structurally safe and can be made safe for another century, barring any natural and human interventions. It is even better than the golden jubilee block built on the same premises in a later period.”

“To relieve the load on the structure, it should be used for outpatient clinics, and administrative and support services when fully restored,” added Sajjad.

The heritage activists contended that the government should go for constructing new building complexes in the remaining 25 acres of land by removing the existing structures like the residential quarters, the paying room block, the nursing quarters, nursing hostels and laundry area, leaving the heritage building untouched.

In addition to the change.org campaign to save the hospital building, heritage activists have rallied on social media too. Ramachandraiah, one of the campaigners and a faculty at the Centre of Economic and Social Studies (CESS), in his Facebook post said, “The Charminar was built in 1591. Qutub Shahi Tombs were built from 1518 AD to 1687 AD. Osmania General Hospital (OGH) was built in 1919. OGH is youngest of them. No problem with structural stability of any of them”.

These are heritage structures which can make any city proud, he added, saying that they have been neglected badly. The Tombs were recently restored with assistance from Aga Khan Foundation and Tata Trust.

Anuradha Reddy, a spokesman of INATCH, emphasised the need to let both heritage and health go hand in hand. 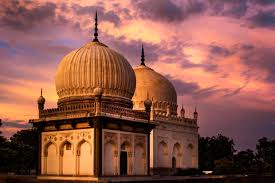 Clusters of structures representing the rich cultural heritage and architecture of the Nizams’ rule, that dotted the state capital have allegedly been coming under serious threat.

A heritage building housing IAS and IPS officers quarters was proposed to be demolished to give way to Pragati Bhavan, the chief minister’s official residence. The KCR government proposed to pull down the building in September, 2015.

Activists moved the high court and got the proposal stalled. The court also gave clear directions to protect all the heritage sites in the city.

The court, in a similar way, saved the Erramanzil Palace buildings from demolition in July, 2019.

Errum Manzil palace is built atop a hillock known as Erra Gadda or ‘red hill’. The name is a play on the hill, as well as the Persian ‘iram manzil’ which means ‘paradise house’. Errum Manzil or Iram Manzil was used for royal banquets and other grand events during the Nizam period. Later, after the merging of Hyderabad State with the Indian Union, the palace was transferred to the government for preserving old records.

The palace at present houses the offices of Engineer-in-Chief of the Irrigation department and Chief Engineer of the Roads and Buildings Department. Citing its dilapidated condition, the government initially said it wished to use the palace premises for building a new secretariat. 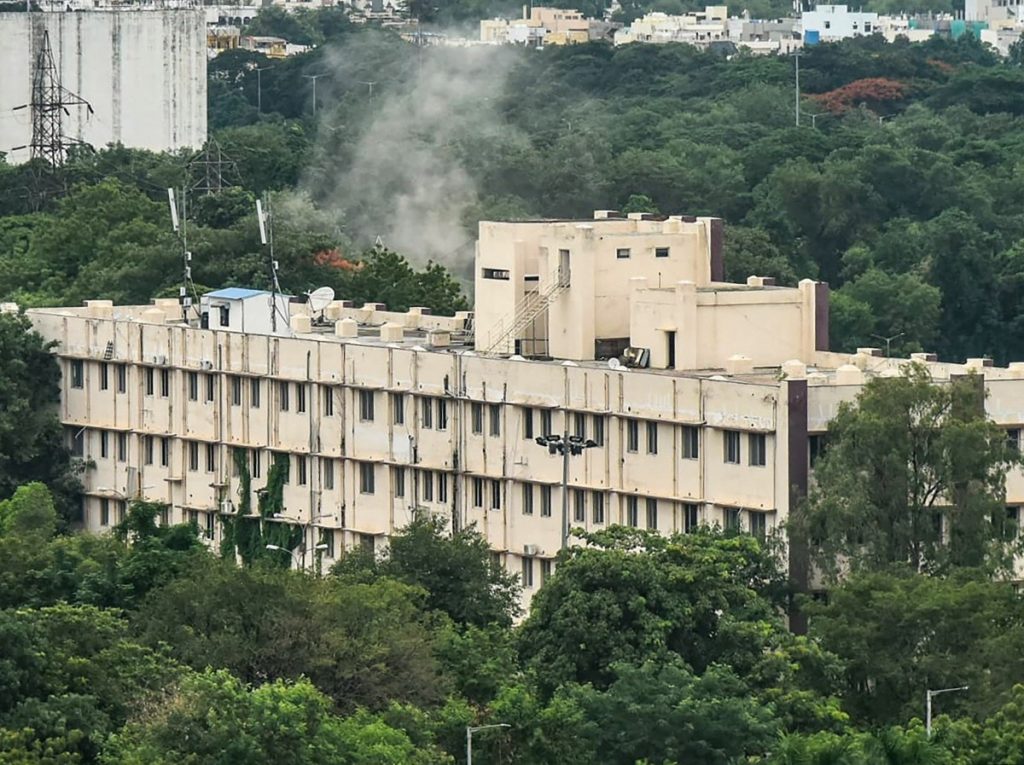 Errum Manzil Palace is one of 150 heritage structures in Hyderabad, graded as B-II on the list of Archaeological Survey of India.

Meanwhile, the Saifabad palace has been lost as the state secretariat is being demolished for building new secretariat buildings.

The palace was Block-G or the Sarvahita block of the state secretariat and was used by actor-turned-CM of the TDP government N.T. Rama Rao and several other CMs of undivided Andhra Pradesh. The seventh Nizam Mir Osman Ali Khan had used the Saifabad palace as the administrative office of the Kingdom of Hyderabad. It was a two-storey building, built in classical European style.

For close to two decades now, the ‘G’ Block was reduced to dumping ground for old furniture and had been a picture of utter disregard.

Along with the palace, other remnants of history too disappeared with the demolition of the secretariat buildings. The design of the original gate of the secretariat during Mir Osman Ali Khan’s reign resembled the gate of the Buckingham Palace in London. That gate had stayed permanently shut for nearly two decades due to vaastu reasons until it became a part of history.