Why Housing Access and Election Results Are Interlinked in Bangalore

The greater number of unauthorised housing colonies in the peripheries of the city enable political parties to earn votes through the promise of housing. 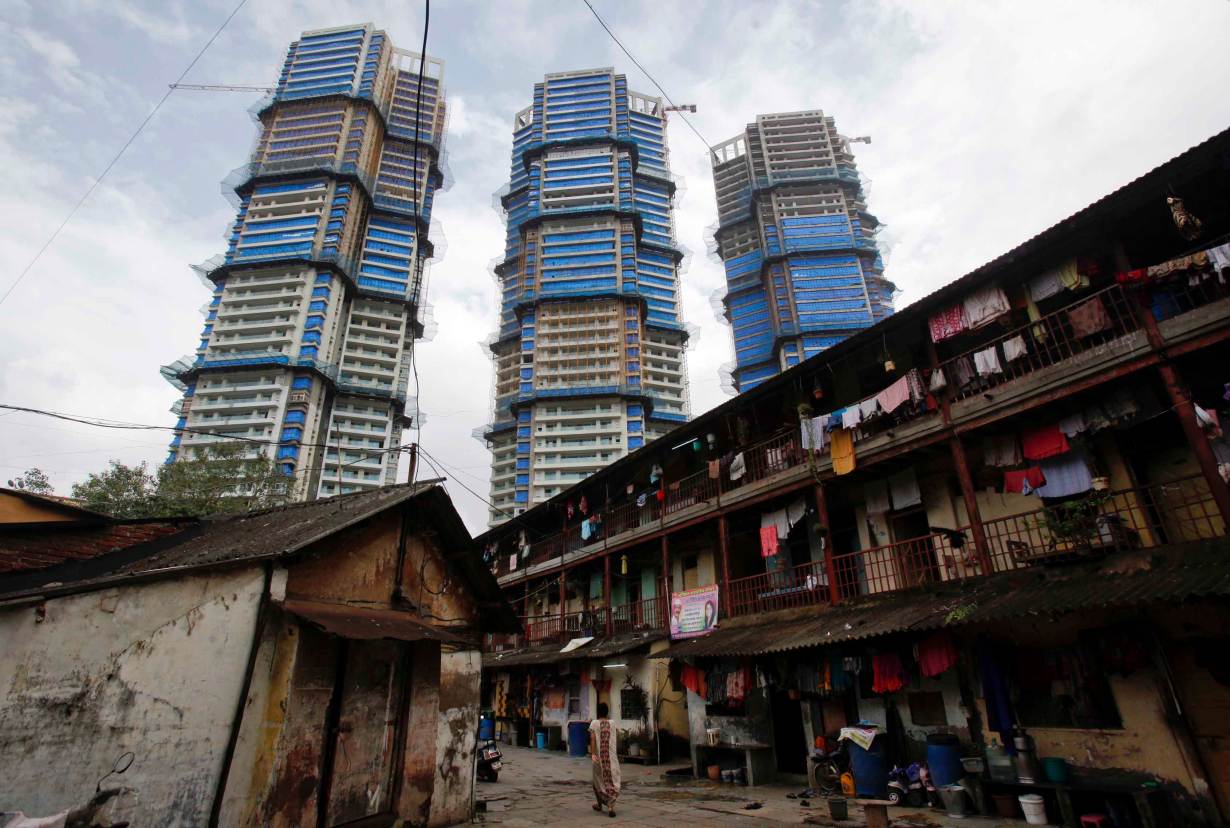 India is urbanising rapidly, and struggling to house the millions who move from villages into urban areas. Credit: Reuters

The geography of the recent assembly results in Bangalore presents an interesting puzzle. Of the 26 seats where results were declared, the BJP won 11 seats and the Congress 13. But wins for the Congress, by and large, came from the older central districts. In contrast, the BJP did better in the peripheries.

This has been the case over the last two elections as well – the BJP wins in Bengaluru city come from constituencies that are further away from the city centre (as the crow flies distance, and I have considered the GPO as the city centre). Why?

I believe that the answer lies in understanding the socio-economic geography of Bangalore – the greater number of unauthorised housing in the peripheries enable political parties to earn votes through the promise of housing.

These numbers represent the average distance of the ward offices in the AC from the city centre, identified as the GPO. As the crow flies distance used. Number of seats won in brackets.

The socio-economic geography of Bangalore

How is the geographic distance from the city centre related to socio-economic conditions in the city? The outer wards – both observation and census data show – have a higher population, and greater changes in population between the 2001 and 2011 Census. Bangalore’s outer wards face enormous challenges in accessing water, public transportation and sanitation. Janaagraha’s Ward Quality Survey (2013) shows that the bottom ten wards of the city are outer wards. Correspondingly, the top ten are inner wards.

The outer wards also have a higher number of residents in housing without secure tenure – namely unauthorised housing. The limited supply and high cost of secure housing in the central districts mean that poor migrants into the city settle in insecure and shanty housing, usually in the outer wards. The proportion of unauthorised households at the assembly constituency level and the distance from the city centre show a moderate positive correlation (R2=0.35).

In contrast, poor voters in older, central areas have relative security in housing arising from the grant of hakkupatres (rights documents). They also have better living conditions – intermittent but existing access to water, paved roads and sanitation. Security in tenure has fostered investments in housing. This difference in predominant housing type across the city holds the key to understanding election results in Bangalore.

My doctoral research found that voters with access to secure housing decide to vote based on a matrix of reasons. Amongst the things that matter, local service provision stands out. Political parties that use local individuals to ensure timely delivery of services are viewed positively. Political parties working these areas are embedded in networks of service provision. The Congress party is strong in these areas where it has been able to provide voters access to water and also contribute to local development through paving roads and installing street lights.

The newer areas of the city, on the other hand, have poorer access to amenities. The migrant poor settle into these areas, frequently into areas without the security of housing tenure. Residents of these communities are able to vote as they have secured voter ID cards over time, or because of the intervention of local the kedars or maistrys or leaders.

The BJP seems to have followed a strategy of bringing in groups of voters into their fold by viewing the city as a matrix. The party morchas (mobilisation efforts) are focused on specific horizontals – caste (OBC, SC, ST morchas), residence in a slum (slum morcha) and youth (yuva morcha). The verticals, which are geographically arranged, are divided into two parts – Bangalore city and Bangalore city district. Of these, the latter appears to refer to the outer constituencies in the city. It appears that the party, along with the support of the Sangh parivar organisations, has been able to bring in poor voters in the outer constituencies.

Why doesn’t the BJP get voted out despite the poor conditions in the outer wards?

There are several possible reasons for this. It may be that other political parties in the state have not approached these voters with an intent to aggregate them. Some BJP MLAs have also, at least partly, delivered on the promise of housing by securing documentation for occupants of government lands. Ensuring access to water and other utilities over time will be significant in their continued election. Another factor may be that other coalitions may have formed in these constituencies – which also house large numbers of elites who work in the IT and ITES industries – that vote for the BJP. The end result may be the same, but the constituent vote blocks may be different.

The JD(S) story is a bit different – the data shows a variation, suggesting that the JD(S) did well in the peripheries in 2018. In 2018, they lost Chamrajpet and Pulikeshi Nagar – two constituencies close to the city centre, both of which they had won in 2013. Their loss may be because of their winning candidates B.Z. Zameer Ahmed Khan and Akhanda Srinivas Murthy moved to the Congress from the JD(S) a few weeks before elections. In 2008, they won only one seat (Zameer Ahmed Khan in Chamrajpet).

The future of urban elections

Following a geographically deterministic strategy is neither party-specific nor zero-sum. Any number of parties can adopt these strategies and nor does one party have a prerogative over an approach at a particular point in time. However, the “first mover” has an advantage in that these approaches make it difficult for a challenger to adopt the same strategy. In the central areas, it is harder to displace Congress incumbents who have engaged in providing services for decades.

Accessing votes necessitates service provision in return, and it will become harder to displace entrenched incumbents in the outer constituencies over time.

India is urbanising rapidly, and struggling to house the millions who move from villages into urban areas. Political parties that wish to make inroads into urban areas would do well to serve those voters in unauthorised housing.

Sarayu Natarajan is a doctoral candidate at the King’s India Institute, King’s College London and likes learning about politics and policy.