After protestors prevented garbage-laden trucks from entering the new dumpsite in Chandrapur, the vehicles began turning up with police escorts. 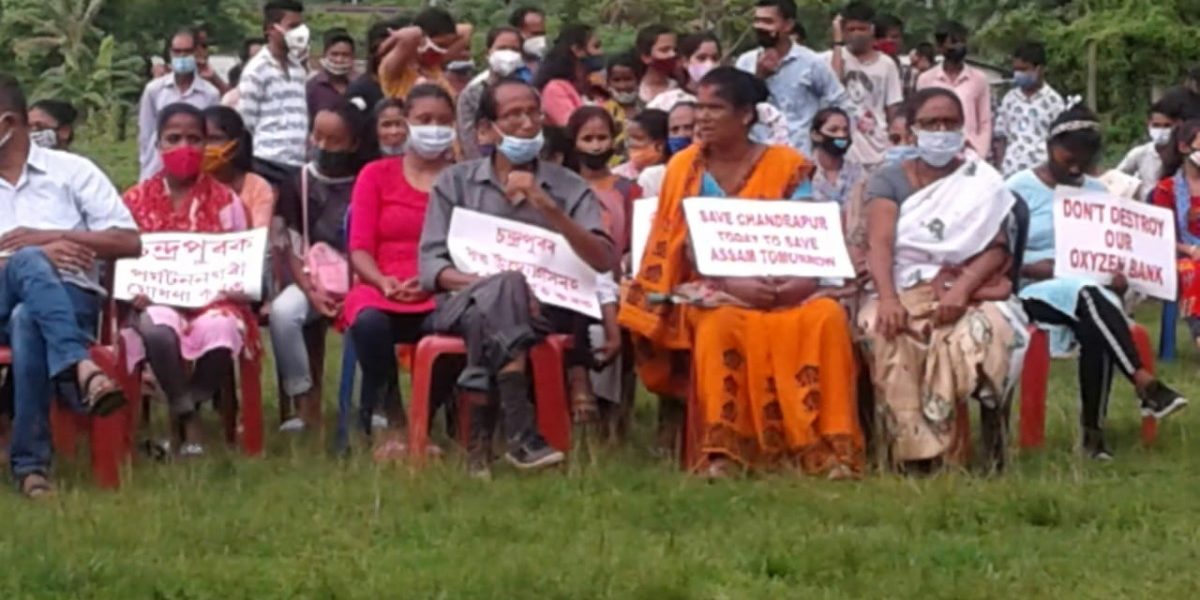 Guwahati: People braved the police and the rains, and flouted pandemic safeguards, to come out in the thousands to protest an allegedly illegal dumping site at Chandrapur, an ecologically sensitive area in the suburbs of Guwahati. Residents alleged that the dumping ground bears no resemblance to what the state government had proposed – an integrated solid waste management facility (SWMF).

On June 28, the Guwahati Municipal Corporation (GMC) shifted the city’s garbage dump to the site of a defunct thermal power plant in Chandrapur. This was in line with an Assam government directive ordering the Kamrup Metropolitan district to discontinue the existing dumping site, at Boragaon, which is close to the Deepor Beel Wildlife Sanctuary.

The GMC’s move irked the locals as they found garbage had been dumped on a forested hill near their homes without following any legal norms. They tried to block the garbage-laden trucks coming into Chandrapur, but stopped after the trucks began to turn up with police escorts.

“We fear the pollution from the dumping site will bring disaster,” said Kalpana Basumatary, who joined the protests with her family. “Our land, water and the air will be severely impacted, and the garbage poses grave threats to our lives and livelihoods.”

The protesters, led by the powerful All Assam Students Union (AASU) and the Chandrapur Dumping Site Protest Committee, started wearing helmets after the police charged them with batons, injuring many, a week ago.

Tutumani Kalita, a leader of AASU who has already been arrested twice, said “People of greater Chandrapur have been protesting since August 8, 2019, after the government decided to use the Chandrapur thermal power station as the new dumping site for Guwahati’s municipal garbage.”

“We fear health hazards and threat to the ecology from the open waste-dumping.”

After 22 days of protesting, the judiciary intervened. On July 19, the Gauhati high court issued a notice to the Assam government seeking details of its plan. In response to a PIL filed by one Pradeep Baruah, challenging the GMC’s decision, the court also asked the city to discontinue dumping waste at the site for two weeks.

In his PIL, Baruah said Chandrapur is an ecologically sensitive protected place that is equally, or perhaps more, sensitive to waste-dumping then the previous site, at Paschim Boragaon. 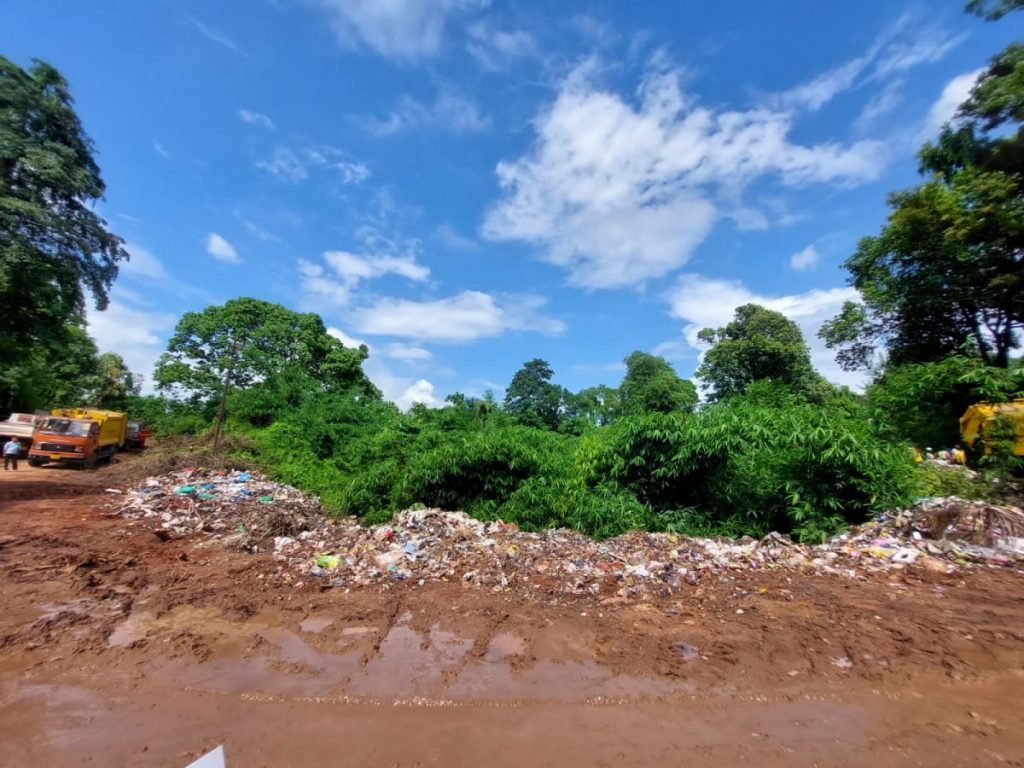 Guwahati generates around 625 tonnes of solid waste every day. Since 2006, about 95% of this waste has been dumped at the Boragaon site, located near the Deepor Beel Wildlife Sanctuary. Deepor beel is a wetland recognised by the international Ramsar Convention and an important bird habitat.

The dumpsite’s proximity to the sanctuary violated the Municipal Solid Wastes (Management and Handling) Rules 2000 and the Wetland (Conservation and Management) Rules 2010 – both for polluting a protected site. In 2014, a petition was filed seeking to immediately move the site from Boragaon.

In April 2019, the principal bench of the National Green Tribunal (NGT) asked the GMC to shift the dumpsite in two months. The NGT order led the GMC to undertake that it would make all the necessary arrangements to handle, store and segregate the waste as under the Solid Waste Management Rules 2016. The undertaking also said that the GMC would finally transport the segregated waste to the Assam Power Generation Corporation, Ltd., to feed into the waste-to-energy plant.

“We are not going to allow any solid waste management plant or waste to energy plant whatsoever,” a college student participating in the protests said. “In reality, the GMC has been looking for a dumping site, and now that they found this site, they are going to dump trash on our heads.”

“We are very much concerned about our future, we can’t allow municipal dumps here.”

GMC commissioner Devashish Sarma has said 10% of the city’s solid waste is being dumped at the Chandrapur site at the moment, and that the GMC is looking for more sites in the city to start waste management plants.

According to the 2016 Municipal Solid Waste Management Rules, waste generators should segregate their waste into three groups – degradable, non-biodegradable and household – to minimise the waste being sent to landfills. Despite this mandate,  everything from hospital waste to heavy metals piled up at the Boragaon site, and are piling up in Chandrapur, sans any pre-treatment or management.

The law also requires municipal authorities to obtain an authorisation letter from the state pollution control board to operate a dumping site. The authorities haven’t obtained this letter for the Chandrapur site.

It was also clear that dumping large quantities of municipal waste within 400 metres of the Kolong river, 500 metres of the Amchang Wildlife Sanctuary and 2 km of the Pobitora Wildlife Sanctuary, home to many one-horned rhinoceroses, was going to be in gross violation of the rules. The rules ask landfill sites to be further away from habitation clusters, forest areas, protected areas, water bodies and historical places.

“The Kolong meets the Brahmaputra a little distance away. During the monsoon, all the dumped municipal waste would enter the Kolong river and subsequently reach the Brahmaputra,” Chandan Kumar Duarah, a senior journalist and a conservation worker, said. “At other times, the waste would be burnt by the GMC, the fumes of which would impact humans and wildlife alike.”

People from at least 14 villages, of different tribes and scheduled castes, are also nervous about losing their livelihoods, especially fishing and agriculture. They also fear that the garbage will contaminate their drinking water.

A few more kilometres away is Kajali Chowki, which has a collection of cannonballs associated with the Battle of Saraighat, a 17th century naval conflict in which the Ahom successfully, and famously, resisted a Mughal invasion.

“We have been demanding the government for infrastructure development in the area so that the unemployed youth could take advantage of the booming tourism industry, but the government has rewarded us with a dumping site,” Nareshwar Basumatary, a senior citizen participating in the protests, said. “Does the government want the tourists to follow the garbage-laden trucks on the trail?” 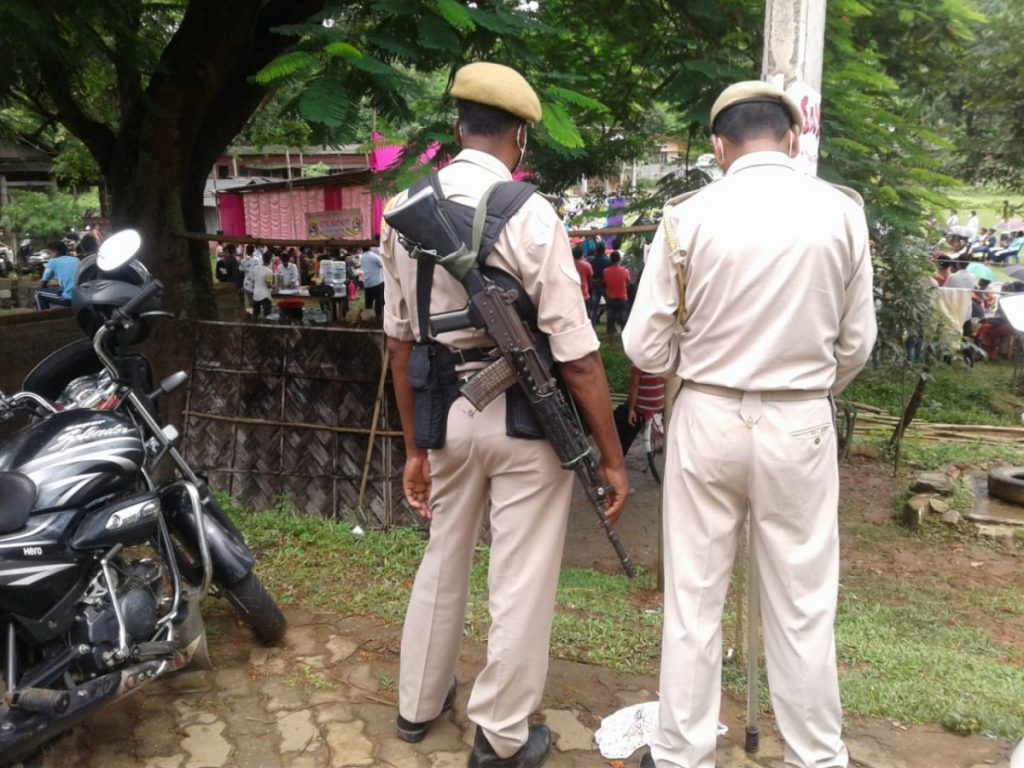 Meanwhile, Guwahati’s residents are in a tizzy about the GMC’s plans to manage the city’s solid waste. Citizens have demanded to know what the GMC has been doing since the NGT’s order to move away from Deepor beel.

Indeed, any dumpsites in ecologically sensitive areas near the city are no longer feasible, Chandrapur included.

The state government’s proposal for an integrated solid waste management facility also isn’t going down well because other such facilities already exist in the city, and are gathering dust. Multiple GMC officials didn’t respond to requests for comment on this count.

Guwahati featured on the Indian government’s first list of 20 cities selected under its ‘Smart Cities’ mission. The mission guidelines say a ‘smart city’ ought to have a waste management system that removes household and commercial waste and disposes it in an ecologically and economically sound manner, while the guidelines for water quality say all sewage needs to be treated before being drained.

Guwahati is currently struggling to do either.

Mubina Akhtar is a journalist and activist based in Guwahati.