Government Schemes: Where are we on Urban Agenda?

An analysis of the pace and progress of major urban government schemes. 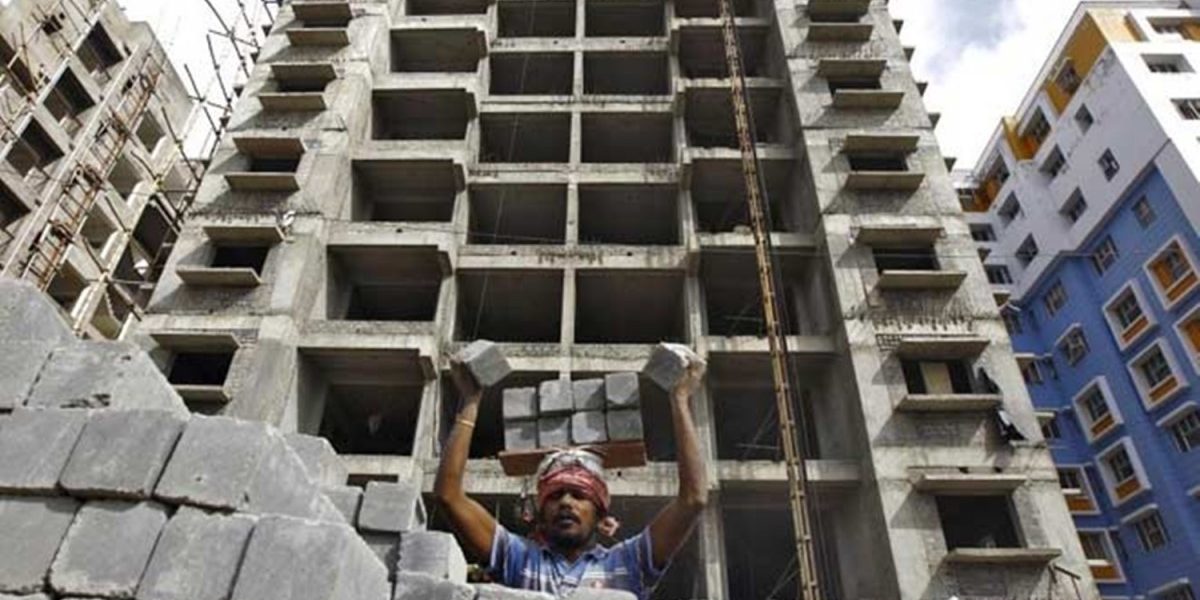 Urbanisation is an integral part of the process of economic growth. About one-third (31%) of India’s population lives in urban areas, which is estimated to rapidly increase to 46% by 2025.

As major cities are expanding fast and facing myriad challenges of sustainable development, the government’s claim of having focused strongly on its urban agenda seems to be justified. It is evident from the increase in allocation made in the Union Budget for flagship schemes aimed to address urban poverty and gaps in urban infrastructure.

In terms of allocation within the ministry, the highest allocation of Rs 15,000 crore was made for ‘Mass Rapid Transit System’ and ‘Metro Projects’, followed by Pradhan Mantri Awas Yojana (Urban) (PMAY(U)) which got Rs 6,500 crore for 2018–19. However, in terms of percentage hike, the magnanimous housing project got a hike of 7.64% compared to the previous year.

All this seems very good and gives hope for the future, but the story stops being so pleasant when one starts delving into the data provided by the ministry.

The information provided by MoHUA revealed that under PMAY(U), approximately 40 lakh houses have been sanctioned in the country. In the first two years, only 19% houses were sanctioned which mostly included the subsumed projects of the erstwhile housing scheme Rajiv Awas Yojana. The mission only picked up pace in 2017-18. Andhra Pradesh stands at the top with a share of 17% of total houses sanctioned in the country, followed by Tamil Nadu and Madhya Pradesh with a share of 11% each. Of the 40 lakh houses sanctioned, more than 50% of the total houses sanctioned accrue to the Beneficiary Led Construction vertical of the PMAY(U). This is telling of the large number of Indians who preferred to upgrade their existing homes and already owned a house. The vertical under which the second highest number of houses have been sanctioned (38%) is Affordable Housing in Partnership (AHP) component.

Majority of these houses (50%) are concentrated in two states, i.e., Andhra Pradesh and Karnataka. Two states, Maharashtra and Uttar Pradesh, which account for the highest urban population show grim record with respect to implementation as only 4% and 8% of total houses have been sanctioned in these two states respectively. A total of 3,39,345 houses have been completed so far which is 2.8% of the revised target of 12 million and 1.6% of the original target of 20 million.

States/UTs wise details of Central Assistance Sanctioned & Released and Houses Sanctioned & Constructed during each of last three and current year under PMAY(U): (States are represented in descending order of their urban population)

The Smart Cities Mission garnered a whopping hike of 54.22% in fund allocation with Rs 6,169 crore allotted for the mission as against Rs 4,000 crore in Budget 2017–18, which indicates that this mission is on priority for the government this year. Out of the 99 cities selected, 39 have received only seed money worth Rs 2 crore each for preparing proposals till now. As no work has started and tenders have not been issued, none of these cities received any funding post 2015–2016. Though Pune tops the list in terms of net worth of project completed, Gujarat was found to be the best performing state. Uttar Pradesh has the maximum number of smart cities (12 in total), but work has not commenced in eight cities yet. As a consequence, no funds have been released for these eight cities since 2015–2016.

The much hyped Swachh Bharat Mission (Urban) got a hike of 8.69% with allocation of Rs 2,500 crore. Under this mission, around 45 lakh Individual Household Latrine (IHHL) toilets have been constructed, 14% of which are in Maharashtra alone. Gujarat stands second with a total of 13% of total IHHL toilets. Madhya Pradesh and Tamil Nadu have completed 11% and 8% of their share respectively. UP and West Bengal lag behind with a meagre 6% share each in the number of IHHL toilets constructed.

Deviating from the general trend where MPs usually questioned the number of toilets constructed and funds released in the budget session, the MPs raised many questions about waste management. The data released by the ministry also revealed that the waste generated by the states is directly proportional to its urban population. For example, of all states and union territories, Maharashtra generates the maximum amount of waste (16%) followed by Uttar Pradesh and Tamil Nadu with a share of 11% each. The only exception is Kerala, which stands as the tenth largest state with respect to its urban population, but generates only 1% of the country’s waste. It was found that smaller states are performing better than the bigger states with respect to processing waste generated. The most efficient state in processing waste is Telangana, as 67% of waste is being processed there. Smaller states like Chhattisgarh and Goa process 60% of the waste generated. Relatively larger states like Maharashtra, Uttar Pradesh, Tamil Nadu, West Bengal and Andhra Pradesh are performing poorly in this index.

Contrary to other schemes, Deendayal Antyodaya Yojana–National Urban Livelihoods Mission (DAY-NULM) scheme faced a budgetary cut of 11.17% at Rs 310 crore, over Rs 349 crore in 2017–18. The data shows only meagre progress compared to its achievements in the previous year. For example, the number of shelters for the homeless remained stagnant at 789 total shelters in the country. For a country with high number of urban homeless, these numbers are seriously inadequate.

The budget allocation shows a downward trend post 2014–2015 with the highest budget cut in 2015–16. The scheme shows an overall utilisation rate of 72%. A total central contribution of Rs 7,865 crore has been released so far which is around 22% of the committed central funds. Maximum contribution has been released to Uttar Pradesh and Tamil Nadu with a share of 13% each followed by Maharashtra which has got 9% of the total funds released.

Atal Mission for Rejuvenation and Urban Transformation (AMRUT), a scheme that promised to connect each household with water and sewage by 2020, seems to be moving at snail’s pace as more than 50% of the projects are still under tendering or in the development stage. Even the funding of the scheme paints a dismal picture as only 22% of the committed central funds have been released so far. In terms of utilisation, only 28% of funds have been reported to be utilised so far.

The government launched these urban schemes shortly after coming into power in 2014. At the recent commemoration of their four years in power, the achievements of the government were highlighted. However, if one analyses the data released by the ministry, a general trend of slow progress and under-utilisation of funds has been observed under all urban schemes. The government needs to take urgent remedial steps and strengthen people’s participation and monitoring mechanisms by implementing the 74th Constitutional Amendment in full to ensure its promises to citizens are met.

As the country continues to rapidly urbanise, the government needs to properly implement schemes that increase the standard of living in those areas and at the same time, increase the number of areas where the population can avail the benefits of living in an urban setting, so that the burden on existing urban structures is reduced. Otherwise, this will just seem like another empty election promise waiting to be broken. And today’s children will pay the price for it tomorrow.

Shaguna Kanwar works with Youth for Unity and Voluntary Action (YUVA) as a Project Coordinator – National Programmes. Among other things, she works on data analyses of parliamentary sessions and advocacy with MPs on issues of urban poverty and informal labour.

YUVA has conducted an in-depth analysis of the questions raised in the Indian parliament during the Budget Session 2018 and you can read the complete report here. The article highlights the current state of each scheme in brief.