For All Odisha's Success, Post-Disaster Response in Urban Areas Can improve

There is no greater testament to this than a city 'smarter' than most others in India was left gasping in the aftermath of Cyclone Fani. 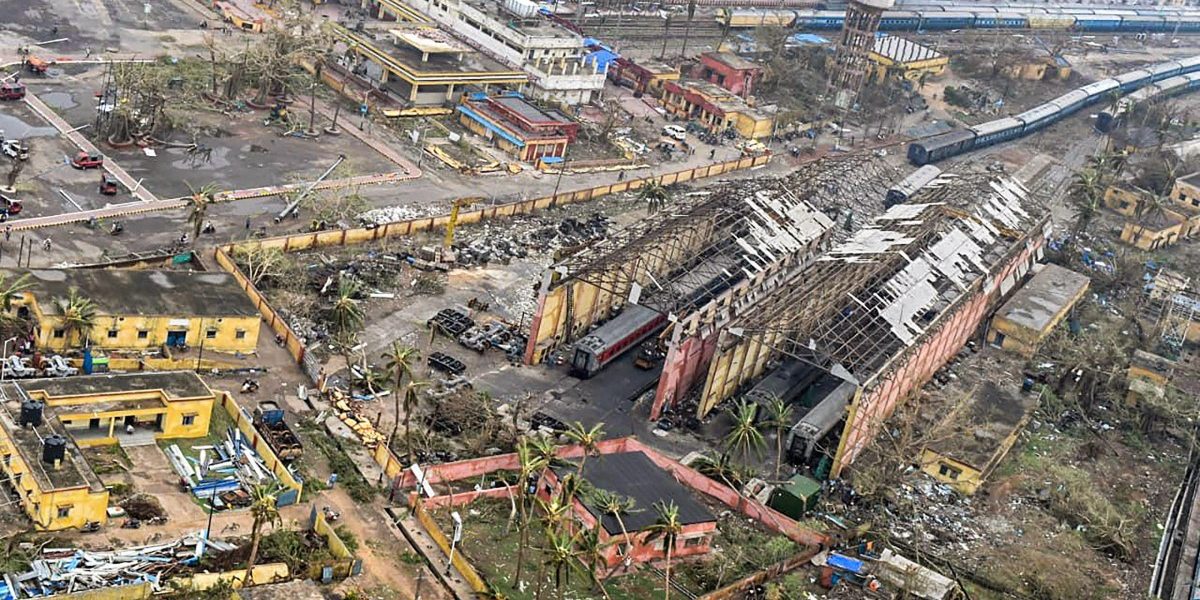 Fani has come and gone, and has left in its wake the realisation that disaster management in urban areas deserves our urgent attention. Bhubaneswar, the capital of Odisha, resembles a battlefield bereft of its green cover and foliage, arguably its crest jewel.

Fani’s havoc mirrors that of the 1999 cyclone, and it should restore disaster management in the vocabulary of mainstream governance in India. Since 1999, after every disaster, Odisha refined its standard operating procedures to produce excellent results – culminating in Fani.

Even so, Fani has managed to unearth a neglected part of our disaster management discourse: post-disaster response in urban areas, with no greater testament to this than a city ‘smarter’ than most others in India left gasping in the aftermath of a cyclone.

As of May 13, the city’s power and water supply remain in shreds, pushing more people to river ghats and ponds for sanitation and other daily needs. Clean drinking water is hard to come by. Other challenges include hoarding, creation of artificial shortages, charging absurd amounts for renting generator sets and skyrocketing auto-rickshaw fares. Workers are also short on power saws to clear debris.

The way to fix this is through a dynamic policy intervention drawing from the state administration’s own wisdom and procedural finesse. One could begin by building an area- and demography-wise map of disaster vulnerability. Next, each local residents’ welfare association and merchants’ collective in commercial areas should be designated the nodal point for disaster preparedness and response training for all people in the same zone.

Third, community halls and the registered offices of these should be stocked with first-aid kits, dry ration, dry cells, candles and other items that can help people get by at first.

There is no reason the disaster-preparedness model that has worked so well in rural and semi-urban areas shouldn’t work in the urban areas. If it doesn’t come to be, it will only be if the administration doesn’t intervene actively enough, with the right policy orientation, together with help from agencies like the Indian Red Cross Society.

An important part of this is disaster-resilient infrastructure. For example, recent ‘Smart City’ projects in Bhubaneswar such as the Smart Janpath, new traffic signals and sign-boards survived Fani with little damage to show for it. So the administration deserves to be appreciated for having identified such materials. Now, we need to keep using them, using them well, maintaining them, and making them more accessible to all the city’s residents.

Another item that needs to be on the agenda is safety audits of extant and upcoming high-rise buildings to ensure they are retrofit with adequate safeguards to minimise damage. For one, such buildings should reduce the amount of glass in their architecture. Officials must ensure private builders and contractors adhere to these rules as well.

Third, solar lamps and solar cells should be employed instead of conventional sources of light as a matter of regular practice. Residents can also explore solar panels that can be installed safely inside houses so that when a storm cuts the supply cables, at least one source of power is available. This can be especially helpful in houses with pregnant women, infants, children, people who are sick, and the elderly.

Of course, any technology capable of withstanding natural disasters is not likely to be cheap. The state government can help here by designating the relevant products as ‘essential’, and provides adequate subsidies and/or tax benefits to encourage their wider adoption.

Overall, Smart City projects should focus on integrating disaster management with urban planning, and projects currently underway could be similarly reviewed from the point of view of their ability to protect the people from natural disasters.

Abhishek Tripathy is an IRS officer. While in law school, he interned with the German delegation to the Indian Red Cross in Odisha, which funded the Odisha Disaster Mitigation Programme. The views expressed here are entirely personal.