In a letter, civil society members said that it would be "inappropriate" for the DUAC to examine the proposal while the Supreme Court was reviewing the entire Central Vista Redevelopment Project. 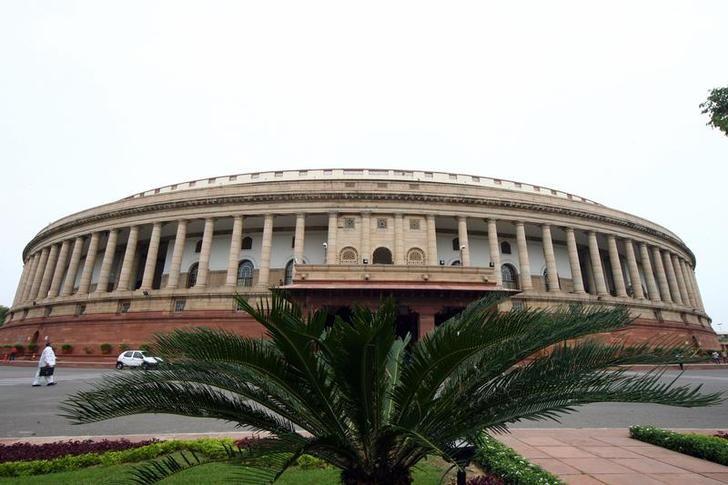 A view of the Indian parliament building is seen in New Delhi. Photo: Reuters

New Delhi: Civil society members, including reputed architects, have written a letter to the Delhi Urban Arts Commission seeking a rejection of the urban affairs ministry’s proposal for the new Parliament building part under the Central Vista Redevelopment Project.

According to report in The Hindu on June 23, the Centre’s proposal to construct a new Parliament building in time for Independence Day 2022 was presented before the DUAC but not approved after the commission sought additional details about the project.

In this context, the signatories of the letter, including several prominent architects of the country, pointed out that the project in question was a part of the Central Vista Redevelopment project undertaken by the Ministry of Housing and Urban Development (MoHUA) and the Central Public Works Development (CPWD). The letter further said that the apex court had held that all matters relating to the Central Vista project must be placed before the court as a part of the ongoing hearings challenging various procedural and substantive aspects of the project.

The letter also said that since the Supreme Court was reviewing the entire Central Vista redevelopment, it would be “inappropriate, misleading and illegal” for the DUAC to limit itself to only the Parliament building under its review.

The signatories further implored the DUAC to reject the proposal for the parliament building on the grounds of “incomplete information and deliberately misleading the commission” and take up a comprehensive appraisal of the “entire Central Vista redevelopment” in addition to soliciting public comments to inform the DUAC’s scrutiny.

The letter by civil society members also emphasised that any appraisal of the project should include an assessment of “the potential to repurpose the present Parliament and other buildings to meet future functional demands”.

The Delhi Urban Arts Commission was established under an act of parliament in 1973 to advise the Centre on matters of preservation, development and maintenance of the aesthetic quality of the capital’s urban and environmental design.

The entire text of the letter has been reproduced below.

Subject: Request to reject the proposal for the New Parliament Building part of the Central Vista Redevelopment

This is further to the letter dated May 7, 2020 regarding the DUAC’s review of the new Parliament building on Plot 118, that you may have received from some among us signatories here as well as other concerned citizens. It has been reported in The Hindu , today on June 23rd 2020 that the DUAC considered this proposal during one of its meetings earlier this month as well as in May, although the minutes of these meetings are yet to be uploaded on this website. The newspaper reports that the proposal has been returned to the proponent requesting some additional information.

As you are aware, the new Parliament building is part of the larger Central Vista Redevelopment project undertaken by the Ministry of Housing and Urban Development (MoHUA) and the Central Public Works Development (CPWD). It is in this regard we would like to bring to your attention that the Supreme Court of India has emphasized that all matters related to the Central Vista project which includes the Parliament building be placed before them, as part of the ongoing hearings challenging various procedural and substantive aspects. In an order dated June 19, 2020, the Supreme Court in SPECIAL LEAVE PETITION (CIVIL) Diary No(s). 8430/2020 has directed:

“We make it clear that any other petition/proceedings instituted or to be filed hereafter by any party concerning the subject Project, be heard and proceeded along with the present cases.”

A copy of this order is attached for your reference which makes it clear that the Supreme Court is reviewing the entire Central Vista redevelopment as “the project”, not only single plots or single buildings proposed as part of it. Therefore, it would be inappropriate, misleading and illegal for the DUAC to limit itself only to the Parliament building as part of its review. We therefore ask you as esteemed members of the commission to:

1. Reject the CPWD and MoHUA’s proposal for the Parliament Building on grounds of incomplete information and deliberately misleading the commission.
2. Consider appraising only a comprehensive proposal of the entire Central Vista redevelopment and while doing so, ask for public comments that can inform the DUAC’s scrutiny.
3. Any appraisal of project materials by the DUAC should necessarily include an assessment of the potential to repurpose the present Parliament and other buildings to meet future functional demands, and a Heritage Impact Assessment of the proposed new buildings on the Central Vista to evaluate the specific measures that the project has taken to safeguard the heritage value of both the Parliament Building and the Central Vista.

We would like to reiterate that the DUAC was established under the DUAC Act, 1974 with a responsibility to”advise the Government of India in the matter of preserving, developing and maintaining the aesthetic quality of urban and environmental design within Delhi and to provide advice and guidance to any local body in respect of any project of building operations or engineering operations or any development proposal which affects or is likely to affect the skyline or the aesthetic quality of the surroundings or any public amenity provided therein”.

We do hope that the DUAC will uphold this critical mandate and ensure there is no breach of public trust that the committee has been empowered to uphold.

Thank you for your attention and urgent and proactive diligence in this matter.